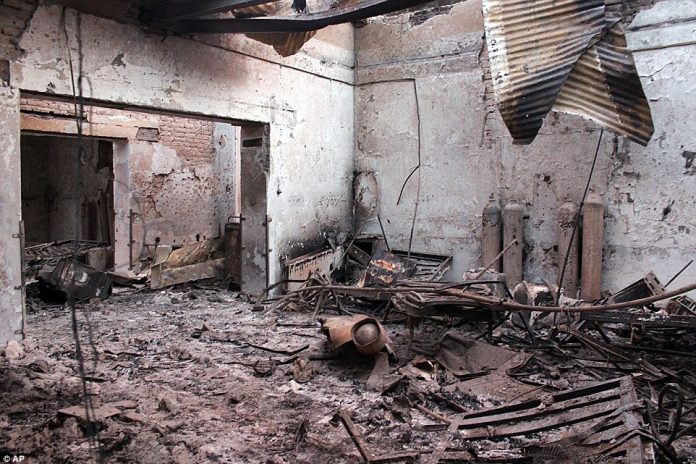 [ Note: . This period between the first Vienna meeting on Syria and the one tomorrow, forgive me for suspecting that someone wanted to send a message like “We’re not done yet.”

The Hezbollah neighborhood was hit last night in what was supposed to be a triple suicide bombing but the third guy triggered his to early and blew himself in half. Tonight is Paris’ turn where it could have been Jihadis and the Israelis both picking the same night to strike.

Gordon and I were just chatting about what the odds were on Israeli teams coming in yesterday to warn the Jewish community to stay home…and we figured 80%. I have a bad feeling it is going to be a bloody holiday season… JD ]

Press TV has conducted an interview with Jim W. Dean, managing editor of VT from Atlanta, to get his take on the US bombing of a Doctors Without Borders’ hospital in Kunduz, northern Afghanistan.

Press TV: This showing of opposition to what had happened on that fateful day where this hospital was struck by the US, it is not just looking for answers though is it this also to hold people accountable.

Dean: That’s true and it’s a really horrible situation, because in this day and age with all the technology that we have these non-combatants in areas where you had conflict going on for a long time like the hospitals always have given their GPS coordinates to everybody.

So, both sides – the Afghanistan government and the US – cannot shoot at them by accident and these gunships particularly, they’re usually locating and firing using satellite GPS coordination.

So, it’s almost mind-boggling to think in this day and age that the AC-130 gunship could fly around in circles for half an hour lobbying 30-millimeter shells down into that hospital situation and then claim that they didn’t know what it was.

Now, that’s being complicated unfortunately, by they’re saying that we had the airstrike called in by Afghanistan government troops on the ground and US forces were relying on them determining whether it was a legitimate target.

So, that’s why you have both the US and the Afghanistan government not wanting to get the independent investigation in there and find if at the least you have criminal negligence here.

Press TV: Very recently a hospital in Yemen, which is run by Doctors Without Borders, an UN agency, was also bombed. Why do you think similar protests and outrages haven’t been expressed about that?

But it’s also something that may not be a coincidence, they have two of their hospitals struck so close together. Anybody and the intelligence world would say the answer that happening are almost impossible.

So, I would think this Saudi attack is more suspect of having been done on purpose. Then what looks like it could have been a miscommunication in Afghanistan, but to continue for 30 minutes and the phone calls in no way to have some kind of emergency phone call stop an attack like that. At this stage and again what is the longest war going on in Afghanistan that’s just mind-boggling.