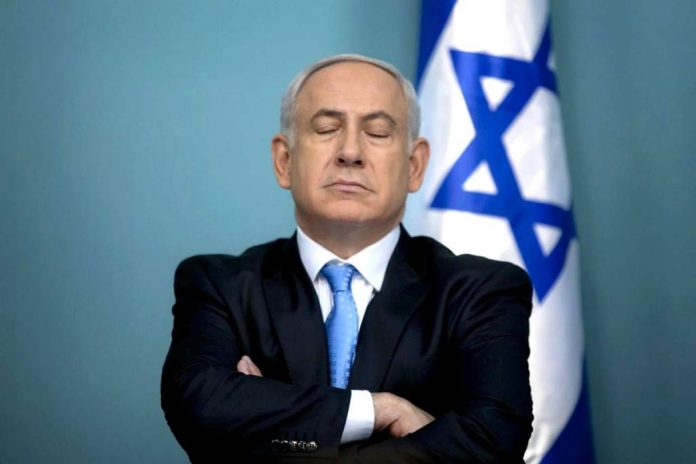 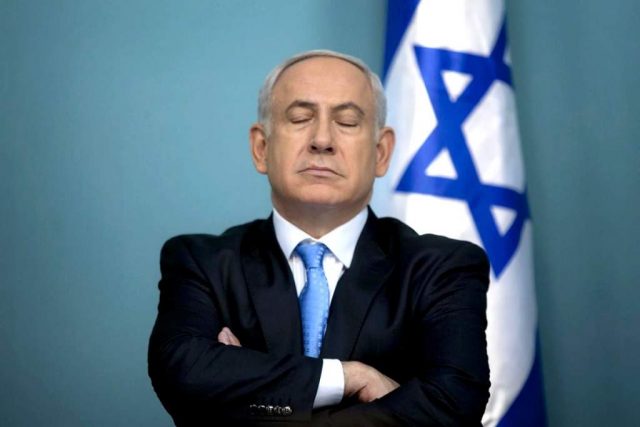 When Israel’s Prime Minister met with Barack Obama on Monday, Netanyahu told Obama that Israel needs more than the $3.1 BILLION for military aid US politicians take from Americans and give to the Jewish state. Netanyahu wants it increased to over $5 BILLION.

Netanyahu’s twisted thinking was made evident in his speech to the powerful neoconservative organization the American Enterprise Institute. Netanyahu said:

The United States supports Israel to the tune of 3 billion [dollars] a year. You spent on the wars in Afghanistan and Iraq a trillion and half. So that’s five centuries’ worth of support for Israel.

The war against Iraq was started by US politicians who wanted to win favor with the powerful Israel lobby. That is why all those people died and were wounded and left homeless. Israel and its lobby wanted the war, US politicians gave them the war and American military people fought the war for Israel and the politicians. 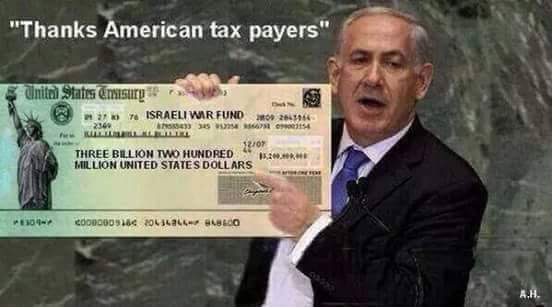 Netanyahu’s numbers on how much the Iraq war is costing the US are way off. A study done by academics and experts put the figure at $2 TRILLION.

The suffering of family members who lost loved ones or who had them horribly wounded and injured due to the Iraq war as well as the hundreds of thousands of Iraqi people killed are all part of the cost Israel is exacting from America and the world.

Netanyahu is already working to get US politicians to do to Iran what they did to Iraq. He sees the nuclear agreement with Iran as a setback to this goal. However, he has by no means given up. He said:

Despite our disagreement over the nuclear deal with Iran, I believe that America and Israel ca.n and should work together now to ensure that Iran complies with the deal, to curb Iran’s regional aggression and to fight Iranian terrorism around the world

This will open the door for war producing false intelligence as happened prior to the US war against Iraq through the Office of Special Plans. The OSP was created and operated by neocons war-pigs such as Paul Wolfowitz, Don Rumsfeld, Doug Feith and others. As the above linked to article points out:

“None of the Israelis who came were cleared into the Pentagon through normal channels,” said one source familiar with the visits. Instead, they were waved in on Mr Feith’s authority without having to fill in the usual forms.

Netanyahu is more than likely counting on a similar victory for Israel as they enjoyed when America went to war against Iraq. If they can again get away with cooking the intelligence books, they will be able to destroy the nuclear agreement with Iran and get their Goys to fight and pay for another war for Israel’s benefit, this time against Iran.

The American founder and Deist Thomas Paine did a great job of describing the ancient Jews which can be truthfully applied to Natanyahu and Israel today. Paine wrote in The Age of Reason:

Could we permit ourselves to suppose that the Almighty would distinguish any nation of people by the name of His chosen people, we must suppose that people to have been an example to all the rest of the world of the purest piety and humanity, and not such a nation of ruffians and cut-throats as the ancient Jews were; a people who, corrupted by and copying after such monsters and impostors as Moses and Aaron, Joshua, Samuel and David, had distinguished themselves above all others on the face of the known earth for barbarity and wickedness.

If we will not stubbornly shut our eyes and steel our hearts, it is impossible not to see, in spite of all that long-established superstition imposes upon the mind, that the flattering appellation of His chosen people is no other than a lie which the priests and leaders of the Jews had invented to cover the baseness of their own characters, and which Christian priests, sometimes as corrupt and often as cruel, have professed to believe.