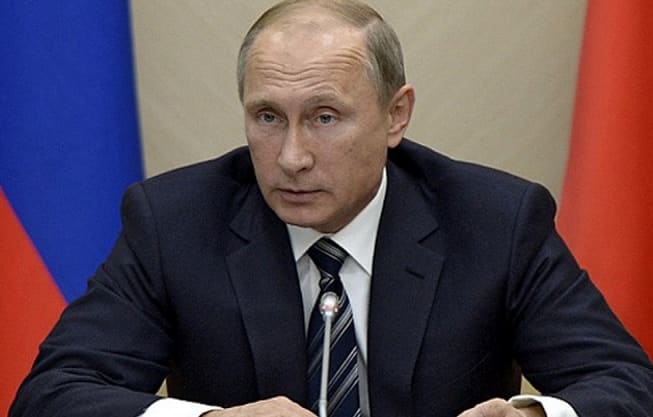 Russia has been cooperating with the Free Syrian Army (FSA), which shared their intelligence on ISIS positions targeted by Russian airstrikes, said President Vladimir Putin in an interview on Friday.

In an interview with the Interfax and Anadolu news agencies published on Friday, Putin said Russia has been considering any “reliable” information on the terrorists’ location in Syria.

“We have even worked together with the Free Syrian Army (FSA), he said. Russian aviation has conducted several strikes on targets identified by the FSA. We excluded areas, which had been indicated by FSA commanders as being under their control.“

He stressed this “proves once again that we are not bombing the so-called moderate opposition or the civilian population.”

Putin said all “potential risks and consequences” of Russia’s airstrikes in Syria have been “carefully calculated many times” and “all the resources needed for the operation, both financial and technological, have been allocated in advance.”

The Russian president also said the duration of Russia’s airstrikes in the Arab republic will depend on the Syrian Army’s offensive against terrorists.

“A clear objective is set before the Russian forces – they should provide air support for the Syrian Army’s offensive against the terrorists, and that is why the duration of stay of our military will be determined solely depending on the time this objective is achieved, he said.“

He expressed Russia’s readiness to cooperate with the US-led coalition’s military efforts in Syria, despite Washington bypassing a UN Security Council resolution that authorizes military action. The US also received no request from the official Syrian government to start the strikes.

“We are ready to cooperate with Washington despite the fact that the US operations in Syria are in violation of international law,” Putin said; RT reported.