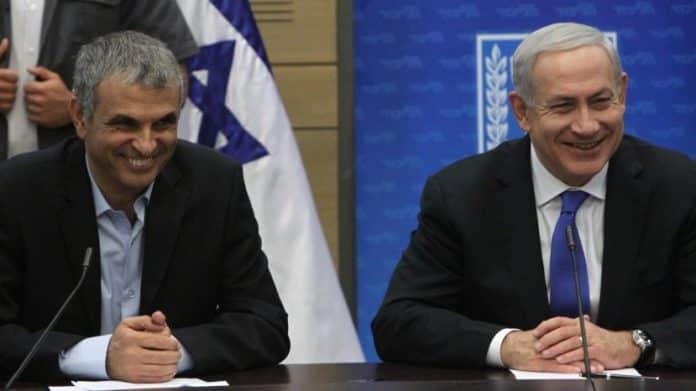 Much has been written and said by writers and analysts of print and electronic media about the coordinated terror attacks in a stadium, a hall, restaurants and bars across Paris which left more than 130 innocent persons dead and more than 350 injured, on the night of November 13. The opinion of Christians, Jews and Muslims is divided, while elaborating the Paris tragedy in accordance with their own peculiar religious background. Prejudice is ruining so high against one another that by reading the name, some people of the opposite side ignore his views. Despite it, fact remains that we are living in a world of Zionist-controlled media which is very strong and whatever it release by concealing truth and propagating Israeli interests as part of the disinformation, impress the politicians and general masses in the whole world.

In this regard, scholars of international affairs agree tshat “foreign affairs are too foreign” to the citizens of a country. Renowned scholar Prof. Hoslti opines that “issues and situations” have “influence on public opinion” which in turn “influences the objectives and actions.”

In fact, fault can not be laid on the general masses, a majority of whom does not have much time to go in-depth. Hence, they are swayed by emotions, stereotypes and prejudices created by the political leaders who keep on manipulating any crisis for their own self-interests with the sole aim of getting their sympathies to increase their vote bank. There are equal strong pressures from religious and nationalist forces in wake of global war on terror which is dividing the world on religious lines.

Judging in these terms, like the 9/11 tragedy, politicians are again misguiding the general public against the Islamic World by exploiting the critical situation, after the Paris disaster which needs appropriate analysis to know, is Israel behind the Paris attacks?

Prosecutors pointed out that there were seven attackers killed in total, working as part of three multinational teams with links to the Middle East, Belgium and possibly Germany as well as home-grown French roots.

In its video message, titled, “A Statement on the Blessed Onslaught in Paris against the Crusader Nation of France,” Islamic State group (Daesh or ISIS/ISIL) claimed responsibility for the Paris carnage. The man who appears to speak with an American accent, said, “The soldiers of the Caliphate set out targeting the capital of prostitution and vice, the lead carrier of the cross in Europe…Paris…to teach France, and all nations following its path, that they will remain at the top of Islamic State’s list of targets.”

French President Francois Hollande who declared emergency in the country, said, “It is an act of war that was committed by a terrorist army, a jihadist army, Daesh against France…France would act with “all the necessary means, and on all terrains, inside and outside, in coordination with our allies, who are, themselves, targeted by this terrorist threat.”

As a matter of fact, the US President Barrack Obama, the neoconservatives and the Zionist-lobbies who have been backing the ‘different war’ for a greater Israel, at cost of the Muslim World and the loyalist Americans were badly frustrated by the recent developments such as Russian airstrikes on the ISIS strongholds in the northern Syria and Israeli-occupied Golan Heights, its coalition with Iran, Iraq and Syria in support of President Bashar al-Assad, retreat of the CIA-supported rebels and mercenaries after their failure to topple his government, proving links of Al-Qaeda and ISIS with America and Israeli, Putin’s clear-cut statement, indicating the Zionist regime in the US and  Israel for their “phony war on ISIS”, and remarking, “NOW(New Word Order agents and Satan worshipers simply have no clothes,” including the Vienna meeting where the US Secretary of State Jonh Kerry agreed to keep the Syrian president in power, not to allow ISIS militants group to reign in Syria, absence of Israel in the meeting and America’s decision of  sending 50 special forces to Syria to help in taking down ISIS terrorists had clearly exposed the covert aims of the US global war on terror.

Besides, other developments such as decision of the Canadian-nominated new prime minister Justin Trudeau to withdraw Canadian fighter jets from the US-led mission against ISIS, British Prime Minister David Cameron’s announcement to abandon plans to carry out airstrikes against ISIS positions in Syria, after his failure to receive support from Labour MPs, reluctance of NATO countries to support America’s fake global war on terror and double game of striking the ISIS activists, acceptance of Syrian refuges by the European countries, especially Germany, the EU rule to boycott goods produced in Israeli settlements on the West Bank, including US internal problems like curtailment of liberties, failure of the of Obamacare, leakage of Transpacific Partnership Agreement (TPPA), (An agreement to suppress sovereign democratic rights in favour of multinational corporations), criticism of Hilary Clinton about contributions of election-campaign from Wall Street backers etc. have disappointed the Obama Administration. While elections are near, Republicans and American public are also criticizing the government of Democrats and CIA for America’s (NATO) longest war in Afghanistan, facing defeatism, useless proxy wars under the cover of global war on terror and US heavy cost of war which caused serious financial crisis, adding to the dilemmas of Americans.

By continuing the secret strategy of his predecessor—occupation of Afghanistan and Iraq, Obama-led Administration went on with various techniques of ruthless terror and extrajudicial killings of the innocent persons—assisting undemocratic forces, toppling the elected government in Egypt, and like Iraq, creation of more failed states such as Libya, Syria, Yemen etc., opening the doors for Al-Qaeda and ISIS militants, throwing the Middle East in an era of chaos and covert assistance to Tel Aviv’s systematic genocide of the Palestinians to obtain the Zionist goal of establishing Israel’s supremacy in the Middle East in particular and the world in general.

Now, it was proved that under that the mask of the 9/11 mayhem, the US had orchestrated the drama of global war on terror which was exposed. In this context, frustrated Israeli Prime Minister Netanyahu also evolved a new theory of the Holocaust to get the sympathies of the US-led western entities by revealing, “Hitler didn’t want to exterminate the Jews, he wanted to expel the Jews…a World War II-era Palestinian leader, the Mufti of Jerusalem, Nazi sympathizer, Haj Amin al-Husseini convinced Hitler to adopt their final solution to exterminate Jews.”

It is of particular attention that on January 7, 2015, two Islamic militants attacked the office of French satirical weekly newspaper Charlie Hebdo in Paris, and killed 13 people on January 9, 2015, two brothers namely Said and Cherif Kouachi suspected for the incident were killed in a shoot out with Police—in a hostage-taking situation, at a signage company in Dammartinen-Goele where some people were also targeted. Thus, the gunmen killed total 17 persons. In this context, on January 11, 2015, a rally was organized in Paris—with an estimated 1.6 million people in which 40 world leaders including Israeli Prime Minister Netanyahu participated to express solidarity with the magazine. Afterwards, the Israeli secret agency Mossad’s connections with Charlie Hebdo incident had been proved by many serious writers, analysts and social media bloggers—a video titled “Did Mossad Do Charlie Hebdo” prepared/uploaded by www.brothernathanaelchanne.com is worth-watching. In fact, besides creating differences between Christians and Muslims, Zionist groups and Mossad used the episode to punish France on recognizing Palestinian state and to desist other EU countries to avoid such approach on Palestinians.

However, in order to revive the global war on terror, the neo-conservatives, Zionists and Israel needed the assistance of the whole Europe. For the purpose, conspiracy was definitely prepared and the leading role was played by Mossad. In this respect, arrest of Israeli Col. Shahak in Iraq, his admission, proving links of Al-Qaeda and ISIS with America and Israel (Mossad) and medical treatment of the ISIS warriors in the Israeli hospitals (Disclosed by online sources) might be cited as example. ISIS which was already being assisted by the CIA and Mossad was directed to send its militants in Paris.

As regards terrorism, Machiavelli advises the rulers to have a lion-like image outwardly, and act upon the traits of goat inwardly. He also suggests them foreign adventures and the use of terror to obtain their goals. In his sense, a good ruler should be a good opportunist and hypocrite. While echoing Machiavelli, Morgenthau points out that sometimes, rulers act upon immoral activities like deceit, fraud, falsehood and even murder to fulfill their selfish aims.

Nevertheless, Israel was behind Paris terror attacks to achieve multiple-objectives (Including geopolitical interests) of Tel Aviv and Obama Administration against the Islamic World and Russia, without bothering for the fact that further instability in the world will jeopardize the economic interests of the US at cost of the patriot Americans.

It is requested to the European rulers and leaders, particularly those of the France to learn a positive lesson from the 9/11 tragedy, and its drastic aftermath, and not to create similar chauvinism by instigating ‘emotionalism’ among the peoples of Europe, which was infuriated by the then President Bush and Zionist-controlled media. Latest reports indicate that like the aftermath of the 9/11 disaster, persecution of the Muslims have started and some westerners have also targeted the mosques. Europe has been put on high alert and Paris attacks are being taken as assaults on the whole continent. At this critical juncture, the leaders of Europe and especially of France including their media require cool-mindedness and patience to know the real plot behind Paris tragedy, and to avoid ‘clash of civilizations,” while the world has already been radicalized by the conspirators.