Syria is rapidly becoming a blowback death trap for all the major countries involved; Russia, France, Britain and the United States with Israel an active silent partner. 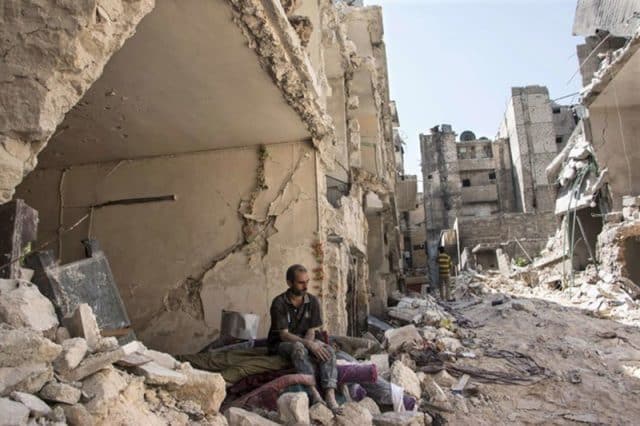 The aftermath of a barrel bomb attack in a rebel-held area of Aleppo, Syria, earlier this month. Credit Karam Al-Masri/Agence France-Presse

“In a sense, blowback is simply another way of saying that a nation reaps what it sows. Although people usually know what they have sown, our national experience of blowback is seldom imagined in such terms because so much of what the managers of the American empire have sown has been kept secret.” ~ Chalmers Johnson, Blowback, Second Edition: The Costs and Consequences of American Empire

Marc Ash, RSN news, finally states the obvious during these perilous times and he is absolutely correct;

“Call it the War on Terror, an ISIS Caliphate, defense of Islam or a battle for freedom. The bullets are flying and people everywhere are dying from global colonialist domination.

The West and China are everywhere, their fingers in everything of monetary value. Those who resist are assigned the same label the Romans gave to those who took up arms against their empire, “terrorist.”

ISIS will fail. Brutality cannot defeat injustice. ISIS will paint this as a great victory. In fact, gunning down unarmed civilians is only a sign of impotence and desperation.

For decades the U.S. has waged the most inept and corrupt wars of domination and greed imaginable to the extent that they would not have been imaginable had the atrocities not actually been committed.

We are chasing ghosts in Mesopotamia, ghosts of men and civilizations we have defiled and slaughtered for decades. That does not justify what happened in Paris. It is however an indictment of war for profit.

We must respond with wisdom and determination. Not blind aggression and profiteering. The “New American Century” is over, really before it began.”

And then Ash offers sage advice ~ which we have yet to heed; 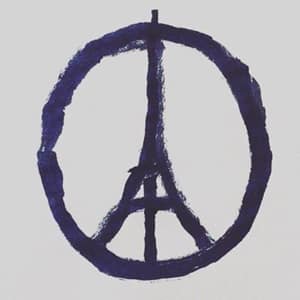 “Do not arm good guys. Do not allow profit to be a defense strategy. If we had stayed out of Iraq, ISIS would never have risen. It’s a lot easier for ISIS to defeat themselves than it will be for the West to defeat them, by orders of magnitude. Get the idiots away from the command center ~ There is no substitute for rational thought”

So let’s take a close look at Syria and sort out the players in this Death Trap ~ which has already struck Russia and France.  Here is where some of the main foreign principals stand (Courtesy of NY Times)

OPPOSES: The government of President Bashar al-Assad, as well as the Islamic State (ISIS) and other Islamic extremist groups.

HOW IT IS FIGHTING: The United States leads a coalition conducting airstrikes in Iraq and Syria against the Islamic State and other extremist groups. It has been carrying out a covert program to train and equip Syrian rebels and a separate Pentagon program to train the moderate Syrian opposition to fight the Islamic State (ISIS)…. The Pentagon program has drawn few recruits.

BACKS: Mr. Assad, the leader of Syria, which has been Russia’s only persistent ally in the Middle East for decades.

OPPOSES: Russia says it opposes the Islamic State, but most of its airstrikes have instead targeted rebels trying to topple Mr. Assad, Russia’s ally. Many of Russia’s early attacks have struck at an Islamist coalition called Army of Conquest, which opposes the Islamic State and had been making gains against Mr. Assad in recent months. The group includes Al Qaeda’s Syrian affiliate as well as more moderate rebel factions that have received covert arms support from the United States.

HOW IT IS FIGHTING: Russia has coordinated with Syria to begin a coordinated assault by land, air and sea on insurgents opposed to the Assad government. Russia said it fired 26 cruise missiles at Syrian targets from naval vessels in the Caspian Sea on Wednesday. Russia has long supplied arms to Syria, and Russian pilots carried out their first airstrikes in the country in late September. Before the airstrikes began, Russia had been deploying military equipment ~ including 32 warplanes ~ and soldiers to a Syrian airfield near Latakia for weeks, according to the United States, and Russian drones had been conducting reconnaissance flights over areas controlled by opponents of Mr. Assad.

OPPOSES: The Assad government, the Islamic State (ISIS) and other Islamic extremist groups.

HOW IT IS FIGHTING: Because of strong opposition in Parliament to military intervention in Syria, Britain has so far focused mainly on coalition airstrikes in Iraq. However, it recently conducted a drone strike in Syria that killed two British citizens it said had joined the Islamic State  (see the United States)

OPPOSES: The Assad government, the Islamic State (ISIS) and other Islamic extremist groups

HOW IT IS FIGHTING: Facing a refugee crisis and stepped-up jihadist recruiting in Europe, France recently expanded its participation in coalition airstrikes against the Islamic State (ISIS) and other extremist groups to targets in Syria as well as Iraq. But it has ruled out any ground intervention. (See the United States)

There are other participants like Turkey, Iran, Saudi Arabia and Qatar but you have now met the principals whose principle agenda is Regime Change ~ see NY Times article

Robert Parry, Consortium News, asks the most obvious question ~ “Will President Barack Obama and other leaders finally level with the American people and the world about what the underlying reasons for this madness are? Will Obama explain how U.S. “allies” in the Middle East, such as Saudi Arabia, Turkey and Qatar, have been fuelling this Sunni extremism for years? Will he dare recognize that Israeli repression of the Palestinians is a major contributing factor, too?” See Parry article ~

Of course President Obama will do no such thing and will instead accommodate the neocons and liberal hawks, including Hillary Clinton, who remain influential within his own administration.

Unfortunately The War on Terror and Syria is still all about Empire building and Regime Change and only the honest and rational thoughts of people such as Chalmers Johnson ( who has seen it all ) can offer the tough truth and self examination necessary to deal with the reality of this ISIS Blowback Death Trap.

“Terrorism The suicidal assassins of September 11, 2001, did not “attack America,” as political leaders and news media in the United States have tried to maintain; they attacked American foreign policy. Employing the strategy of the weak, they killed innocent bystanders, whose innocence is, of course, no different from that of the civilians killed by American bombs in Iraq, Serbia, Afghanistan, and elsewhere.” ~ Chalmers Johnson, Blowback, Second Edition: The Costs and Consequences of American Empire