Home Government Can Evil be Beautiful? 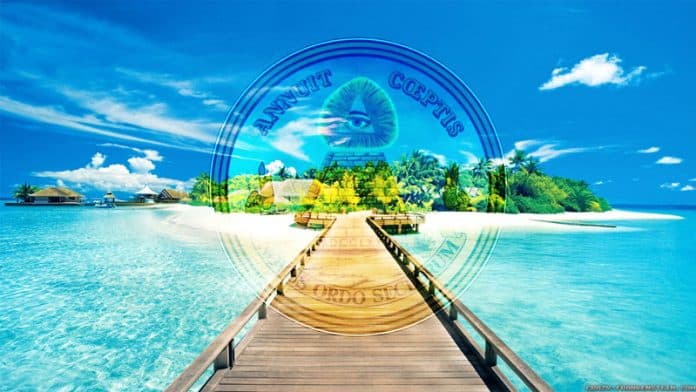 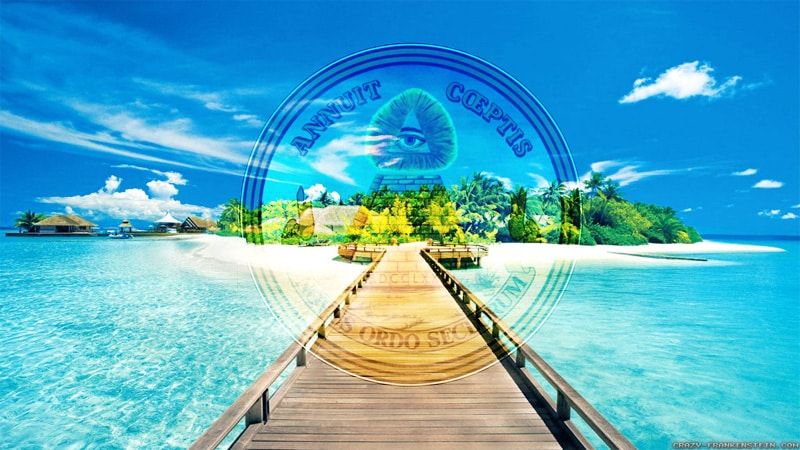 by Rand Clifford for Veterans Today

While it may seem an accident, removing the word, “lies”, and paring down “eyes” to just one, “eye”; when it comes to power, there are very few, if any, accidents. The change, especially from “eyes” to one “eye”, seems to be strategy regarding “The All-Seeing Eye”.

An evil eye peering at you from above the Pyramid of Power (POP) on the back of a $1 bill.Yes, at the top of the POP, the Eye of Horus  hovers amid the Latin: ANNUIT COEPTIS NOVUS ORDO SECLORUM (A New Order of the Ages). That eye within THE GREAT SEAL OF THE UNITED STATES, above all others, beholds evil as beauty. “ISIS”, for example.

Next closest thing might be a SUPERPOWER pirate with an eye patch. And the POP is as virtually free of coincidences, as it is accidents…and especially, free of any moral dimension whatsoever. 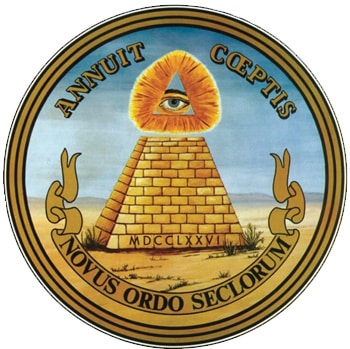 Bank notes are private central bank  instruments of debt enslavement. The private “Federal Reserve” has a currency monopoly called dollars, currently the world’s “Reserve Currency”—top dog of the fiat (money from nothing) pack.

When you are running such a brand of paper debt-enslavement instruments up against humanity—especially if formally issued by a nation that consumes so much more than it produces…fiendish military maintenance is needed, and plenty of terror.

Chimeras like the “War On/Of Terror” (WOT), and the “Project for the New American Century” (PNAC), such are what the dollar is backed with, bullets and bombs instead of gold and silver.

False flag terror is all the vogue. 9/11 is the current king of dividends and bonuses. Zionist neocons of the PNAC did a lot more than simply, publicly, praying for 9/11 for as a “New Pearl Harbor”. 9/11 just keeps delivering prey nations with valuable resources to meat grind and assimilate. Mutilation of Syria is getting unusually complicated.

Not only has embarrassing and perhaps overwhelming resistance been introduced by Putin, refugees from “Washington’s” wars for…ahem…”Benign Global Hegemony” (PNAC) are a brown plague—and not just for Europe.

If only that evil eye could peer directly into all the millions of refugee eyes full of desperation…what beauty!

Putin sure is frustrating neocon aggression—has them in a hissy fit over Russia’s attacks on the very terrorists that neocons have so tenderly birthed, nurtured and protected with Satanic amounts of taxpayer money.

Perhaps a Putin “Truth Bomb” is the only logical next move? Has the embarrassment just begun? Could Americans ever accept the depths of their government’s contempt?

One thing most particular regards the king, 9/11. Russia has high treachery and treason of 9/11 in fine detail, satellite records…the works. But, would irrefutable evidence of precisely what went down before, on, and after 9/11 wake up enough people to permanently knock the wind out of neocons in control of American foreign policy?  Massive mud in the “All Seeing Eye” at the top of the POP…could Putin even crimp the pipeline of false-flag terror?

And now we’ll always have Paris on Friday the thirteenth, 2015, and the taint of evil power already paying evil dividends. Martial law in France; NATO with budding public consensus about taking out that “monster” Assad; France positioning their only aircraft carrier to bomb more hell into Syria…. This latest Friday the 13th in Paris had the usual false-flag calling card from hell—another magical passport! Syrian this time, of course.

More human misery, more profit for banksters and their war corporations, more death and destruction, divide-and-conquer chaos on steroids…and that eye is feasting on beauty.

Rand Clifford’s novel, TIMING, published in 2005 by StarChief Press, is a romping and prescient roadmap for the journey all the way from the original “Manifest Destiny”…to Paris, Friday the thirteenth, 2015.