Home Government The Lack of a Coherent Strategy Against ISIS 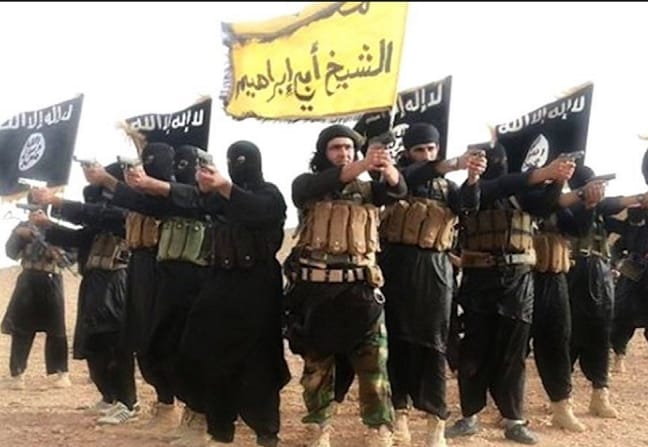 Way back in July I wrote an article with the headline No sign of a coherent strategy for defeating perverted and barbaric Islamic fundamentalism. Four months and several jihadist atrocities on, and with still no sign, my conclusion is that Western leaders do not have the will to do what is necessary to put ISIS and its affiliates out of business because they don’t want to come to grips with the bottom line truth.

It can be summarised as follows.

As I wrote previously, there are two prime causes of it.

One is American-led Western foreign policy for the Arab and wider Muslim world including its double standard as demonstrated by refusal to call and hold Israel to account for its defiance of international law and denial of justice for the Palestinians.

In passing I note that in an interview with The Real News on 17 November, retired colonel Lawrence Wilkerson who was chief of staff to U.S. Secretary of State Colin Powell, said: “We’ve created too many problems in that region of the world. Most likely our invasion of Iraq started all this…”

And that was a view echoed in his own inimitable way by John Pilger in an article for Counterpunch on 17 November. He wrote:

“By most scholarly measure, Bush and Blair’s invasion of Iraq in 2003 led to the deaths of at least 700,000 people – in a country that had no history of Jihadism. The Kurds had done territorial and political deals; Sunni and Shia had class and sectarian differences, but they were at peace; intermarriage was common. Three years before the invasion, I drove the length of Iraq without fear. On the way I met people proud, above all, to be Iraqis, the heirs of a civilization that seemed, for them, a presence. Bush and Blair blew all this to bits. Iraq is now a nest of Jihadism.”

It also follows that addressing these two prime causes is something that can’t be done with bombs and bullets. They only play into the hands of ISIS and its affiliates.

So if Prime Minister David Cameron succeeds in a second attempt to get the House of  Commons to give him the green light for UK participation in the bombing of Syria, that, almost certainly, will only make matters worse. And probably guarantee that what recently happened in Paris will happen in London.

Though it is necessary. ramping up security and surveillance on our home fronts throughout the Western world may also be counter-productive to some degree if it leads (as it easily could) to Muslims feeling that they are being unfairly targeted.

What  could American-led Western governments actually do to if they were willing to play their necessary part in addressing Arab and other Muslim hurt, humiliation, anger and despair?

As a priority that could end their double standard with regard to Israel by putting the Zionist state on notice that it will be isolated and sanctioned if it continues to demonstrate nothing but contempt for international law and its lack of interest in justice for the Palestinians. That really would give Western foreign policy a degree of credibility and respect and by doing so assist the process of eroding support for ISIS. and its affiliates.

On Palestine John Pilger had this to say in his Counterpunch article.

“The issue of Palestine is the region’s most festering open wound, and the (I would say an not “the”) oft-stated justification for the rise of Islamic extremism. Osama bin Laden made that clear.  Palestine also offers hope. Give justice to the Palestinians and you begin to change the world around them.”

What I find deeply troubling is that President Obama knows that the corruption, authoritarianism and repression of Arab and other Muslim regimes is a prime cause of the rise and growth of ISIS and its affiliates.  An opinion piece he wrote for the Los Angeles Times included the following.

Groups like al Qaeda and ISIL exploit the anger that festers when people feel that injustice and corruption leave them with no chance of improving their lives. The world has to offer today’s youth something better.

Governments that deny human rights play into the hands of extremists who claim that violence is the only way to achieve change. Efforts to counter violent extremism will only succeed if citizens can address legitimate grievances through the democratic process and express themselves through strong civil societies. Those efforts must be matched by economic, educational and entrepreneurial development so people have hope for a life of dignity.

I quoted those fine words in my July article and commented that there was no sign of a policy to give them substance.

Given that Obama and presumably other Western leaders are aware of the bottom line truth as I have summarized it above, the question in need of an answer is this.

Why, really, are Western governments unwilling to do what is necessary to put ISIS and its affiliates out of business? I can think of two answers.

One is that governments are not free agents. They are prisoners of  powerful vested interests including and especially the Military Industrial Complex and the Zionist lobby in all of its manifestations. (In America this lobby has the assistance of those organizations which represent and promote deluded, mad, Christian fundamentalism),

The other answer is short-termism – the art of politics in which decision-making is determined by what has to be said and done for short-term gain and winning the next election.

In my view this short-termism is the cancer at the heart of politics throughout the Western world because it provides no space and time for consideration of what has to be done over 10, 15, 20 and more years if a whole range of problems which threaten the wellbeing of all of humankind (the threat posed by ISIS and its affiliates is only one of many) are to be solved.

But it’s  not only the Arab and other Muslim nations which desperately need new politics. We all do.

A very interesting poll, the 2015 American Values Survey which was conducted by the non-profit, non-partisan Public Religion Research Institute, has just been published on the Huffington Post web site. Its findings support the conclusion that “Americans don’t have much faith in the government, businesses, the economy, the power of their vote and the future of the United States.”

I take that to mean that even Americans are waking up to the idea that they need new politics. If so that’s really good news.