Home Government The Missing Piece of the Financial Puzzle

by  Preston James and Mike Harris 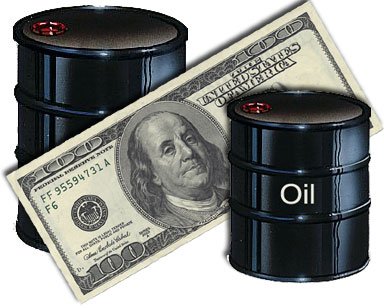 Why are the largest Wall Street Banks still afloat?

Many financial experts expected their financial collapse months ago, despite the continuing Quantitative Easements of the Federal Reserve System.

Why has the collapse of these largest Wall Street banks been expected and seemed imminent to many financial experts?

The hard reality is that some of these largest Wall Street Banks have over-leveraged themselves to stay afloat using inflated Oil Derivatives which require a fairly high World crude oil price to stay solvent. And the price they need is far higher than what the current crude oil price per barrel has fallen to right now.

This of course could take the whole American financial system down with them.

And as many now realize these large Wall Street Banks over-speculated during the boom years up until 2007 and took huge profits for their principals, leaving bankrupt-ready empty financial shells once the numerous investment bubbles they created burst.

The major worldwide investment gambling losses that these major Wall Street Banks accumulated brought them to the point of imminent collapse in 2008 and 2009.

However, these large Wall Street banks immediately used their well established influence to manipulate the US Congress and Two different Administrations (Bush2 2 and Obama) using fear and the threat of Martial Law in the Streets of America to manipulate Congress and the Administration into giving them two huge near Trillion Dollar bailouts all fully financed by the American taxpayer.

Despite some efforts by the US Congress to track where these expenditures went, Congress was only able to find out that most of the Taxpayer provided money was transferred to foreign banks to prop up the foreign investments of these large Wall Street banks and the US Petro Dollar and never learned the specific trails or amounts.

Many Americans did however find out that very large bonuses, often a million dollars or much more, were paid to the top Officers and earners in these large Wall Street Banks during this severe financial crisis, much of it linked to the taxpayer bailouts.

These two bailouts were so large that if applied on behalf of the American People, all homesteaded home mortgages and all college loans could have been paid off.

When a similar crises of impending bankruptcy of the large banks in Iceland occurred, Icelanders reacted and forged a whole different direction of actions and corrections. They arrested the bankers responsible, cancelled any liability of Iceland and its citizens to restore these bankers losses, and declared most home mortgages paid in full. They also tried, convicted and jailed several of the top bankers responsible for this fiasco and financial mal-management. 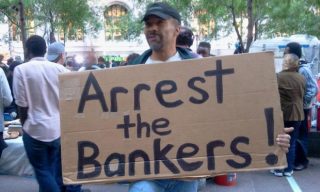 A significant portion of the American public want the same thing done that Iceland did to the Bankers responsible for our Wall Street banking crisis and the two bailouts.

We now have a new US Attorney General. The prior totally corrupt one that refused to enforce the laws the Bankers broke has resigned.

Many Americans want the US Department of Justice to now begin a process in earnest and deliver indictments against these Bankers of the largest Wall Street banks involved in the Wall Street meltdown of 2008.

Some legal experts believe that there is no standing statute of limitations because fraud was involved and this negates such normal statutes of limitations.

When the Saudis lowered their price of crude at the apparent direction of the Pentagon power structure in an attempt to create maximum financial stress to Putin and the Russian Federation, Putin, the master chess player that he is, reacted quite unexpectedly. He lowered his crude price even further. This turns out to have been a very crafty move.

What is truly surprising is that not only has it turned out that the Russian Federation is stable financially enough to handle this drop in the World price of crude, but it now seems evident that Putin has used this opportunity to once again outsmart the Wall Street Banksters and the Khazarian Mafia.

This drastically lowered crude price has seriously stressed some of the largest Wall Street Banks to the max because of their inflated Oil Derivative contracts they have used to stay afloat.

These Banks have apparently countered this drastic drop in the price of crude by accessing revenues derived from British Petroleum and Exxon buying stolen crude from ISIS at a greatly reduced, deeply discounted prices and re-selling it at the much higher going World crude price. This appears to have provided a means for these large Wall Street Banks to keep their Crude Oil Derivative Contracts afloat.

Under American Law as well as International Law, this makes BP and Exxon Directors and officers quite vulnerable to legal action as well as major trans-national anti-terror measures that can be legally exercised directly against them personally if these reports are cross validated and pursued legally in US and International venues. 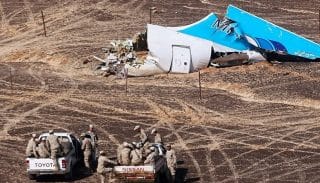 Now with the downing of the Russian airliner in Egypt and the mass-murder of 224 innocent on-board passengers, President Putin appears to have intensified his attacks on ISIS/ISIL.

Putin has publicly stated that if a dog bites you, don’t worry about the dog but go after its master. And that is what he is now doing by attacking these ISIS/ISIL tanker caravans of Syrian of oil stolen by ISIS/ISIL. 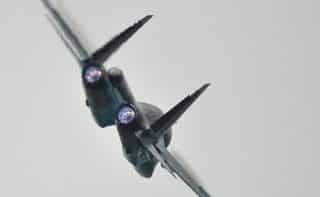 If this decimation of ISIS/ISIL crude oil shipments by the Russian Federation continues it is likely that such will be the straw that soon breaks the back of the Wall Street Oil Derivative contracts.

And you can imagine how quickly and deeply that will erode the power and political influence of the Khazarian Mafia and its large Wall Street banks in America and around the World.