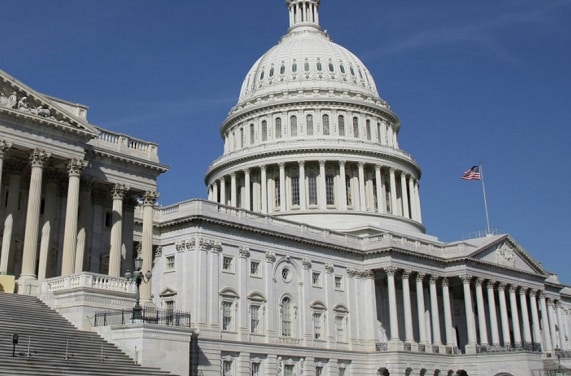 [ Editor’s Note: Dear Readers, finally the pendulum begins to swing back with a Democrat and Republican putting in a bill to stop the Assad overthrow strategy. It may not be legally able to do it as the President conducts foreign policy, so this is really a test to see how much public support there is to oppose the stupid US policy.

So next week we need to call both of these people’s offices to thank them, and call the Whitehouse to weigh in also, and then your own Congresscritters to let them know the tide is turning. A failure to do this will be a huge defeat for us, as it will signify that nobody really cares what is going on over there, and it’s holiday time…that the sheepeople are still sheepeople.

I cannot count the cases I have heard where people were trying to push a case and their Congressman said they get almost no calls on it. This is how they dismiss whiners. They figure that if you really want them to do something you will demonstrate there is public support for it.

Obama told this frankly to J-Street, that if they wanted to see a policy change they had to pressure him into doing it, to out lobby the Lobby. J-Street related this during the Iran agreement fight in Congress. Arithmetic is still a major factor in politics, and those folks know how to count well… Jim W. Dean ]

Republican and Democratic representatives in the US House of Representatives urged President Barack Obama to stop trying to overthrow Syrian leader Bashar al-Assad and focus all efforts on fighting the Islamic State (ISIL) terrorist group.

Clinton: US Must Focus on Defeating ISIL, Not Removing Assad ‘at This Point’

On Friday, Democrat Tulsi Gabbard and Republican Austin Scott introduced legislation to end an “illegal war” to overthrow Assad.”Working to remove Assad at this stage is counter-productive to what I believe our primary mission should be,” Austin was quoted as saying by AP.

“The US is waging two wars in Syria. The first is the war against ISIS and other Islamic extremists, which Congress authorized after the terrorist attack on 9/11. The second war is the illegal war to overthrow the Syrian government of Assad,” Gabbard said.

Since 2013, the CIA has trained about 10,000 fighters within a covert program to train, arm and fund a moderate opposition to Assad. The secret program is the only step the US is taking against government forces in Syria.

She underscored that Congress has not authorized the CIA’s efforts to support Syrian opposition groups.

The effort to overthrow Assad is counterproductive because it is helping ISIL advance, Gabbard added. If ISIL seizes the Syrian Army’s weapons and infrastructure it would become even more dangerous.

“I don’t think Assad should be removed,” Gabbard told CNN. “If Assad is removed and overthrown, ISIL, al-Qaeda, al-Nusra, these Islamic extremist groups will walk straight in and take over all of Syria… they will be even stronger.”

In Syria, the US may repeat its mistakes of the past, like the toppling of Saddam Hussein in Iraq or Muammar Gaddafi in Libya.

“The results of those two failed efforts of regime change and the following nation-building have been absolute, not only have they been failures, but they’ve actually worked to strengthen our enemy,” she added.