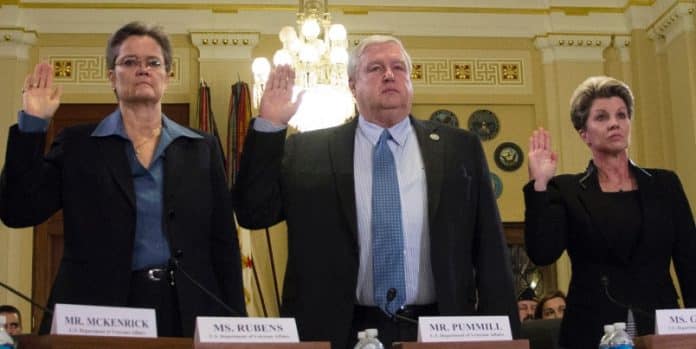 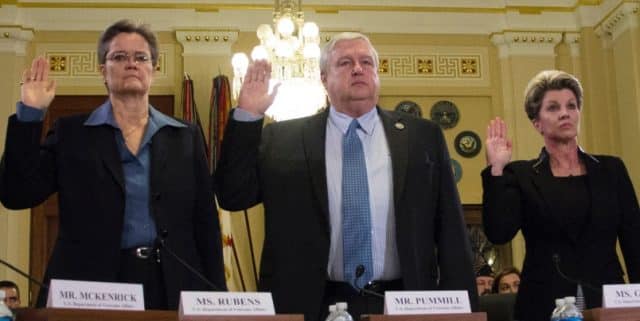 Two senior Department of Veterans Affairs officials accused of scamming the hiring system in the agency for financial gain were demoted Friday, the VA said in a statement released late in the day.

Diana Rubens and Kimberly Graves were both accused of acquiring their jobs as regional office directors for the Veterans Benefits Administration after manipulating the system to create vacancies in hard to fill areas and then receiving nearly $400,000 in relocation benefits.

Both were demoted to assistant director positions at other regional offices and will return to work immediately, the statement said.

The minor punishments for the two executives were met with outrage from veterans advocates.

“For those wondering whether VA is committed to real accountability for corrupt employees, VA leaders answered that question today with a resounding ‘no,’” said Rep. Jeff Miller, R-Fla., who chairs the House Committee on Veterans Affairs.