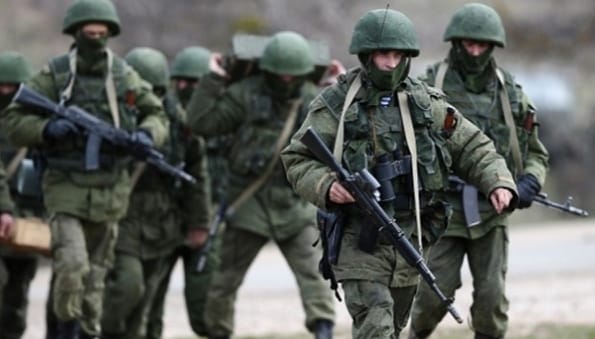 “The Russian infantry forces, supported by tanks and fighter jets, participated for the first time in operations to attack the Takfiri militants in Syria in a region between Lattakia and Idlib provinces” and they could take control of strategic heights without sustaining any casualties, Kuwait’s al-Rai newspaper quoted Syrian dissident commanders as saying.

It added that the conditions for Russia’s ground operations in Syria were prepared by the country’s advanced 130-mm artillery and SU-25M fighter jets.

“This shows that Russia is preparing its forces at a high level to fight against enemies… since Russia has decided to enter Syria powerfully and assumes the Levant territory as a real training field to show its power and develop its weapons and military equipment which have not been used in any real war for years,” the paper claimed quoting the same sources.

They also claimed that the Syrian command has been in charge of logistical support for the first-time war fought by the Russian infantry forces in Syria.

Moscow itself had demanded the Syrian forces and its allies not to participate in the operations so that the Russian infantry forces will be tested in the battlefield in Syria, the sources said, adding that the battle lasted some hours and a strategic hill was purged of terrorists and a number of them were also killed.

On September 30, Russian military aircraft began executing precision strikes against ISIL forces in Syria at the behest of Syrian President Bashar al-Assad. Since the beginning of the airborne campaign Russian aircraft have carried out over 2,000 sorties, destroying about 3,000 ISIL targets and eliminating hundreds of militants.

The warships of Russian Caspian Flotilla also launched a series of cruise missile strikes against the ISIL assets in Syria.

But Moscow has repeatedly underlined that it will not fight any ground battle in Syria.