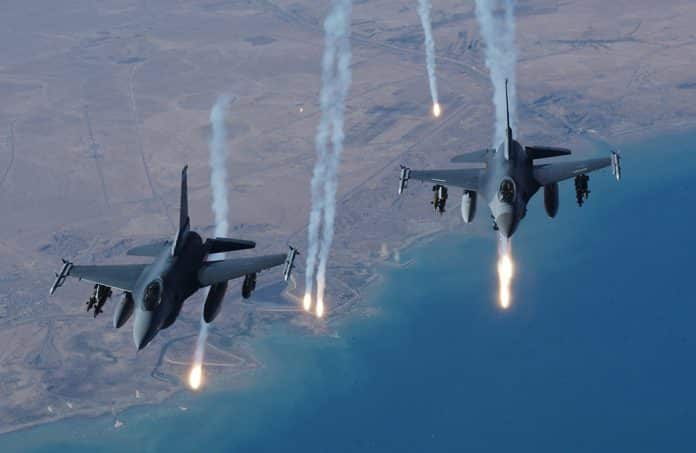 Russia is putting a nuclear armed guided missile cruiser off the Turkish/Syrian coast which will be able to cover the entire region with air defense against all aircraft including ballistic and cruise type missiles.  Russia has announced it will use this capability against any threat against Russian forces.  We take this to include any Turkish or other “coalition” planes that approach Russian or Syrian forces that appear to be planning an attack.

Russia further announced that all flights of ground attack aircraft will be accompanied by air superiority fighter aircraft which are now being transferred in from Russia.

As for the helicopter or helicopters “shot down” by whomever, one helicopter was damaged, landed in al Nusra territory with one onboard killed and was later destroyed by US backed forces who claim to have used a TOW missile, hitting the abandoned craft on the ground.

Thus far we know one pilot to be killed.

Official sources inside Syria indicate that one pilot was captured alive and is being held.  The group featured in the video below are part of the new US backed “rebel” force, a mercenary group led by Turkish intelligence officers.  The Pentagon has issue a denial of involvement in the downing of the Russian plane over Syria but has been unable to provide any proof to back up their statement.

Al Jazeera is reporting, not only are both pilots dead, executed by US backed “moderate terrorists,” but that Turkey also downed a Russian rescue helicopter as well.

VT is staying in contact directly with government sources in both Russia and Syria during this crisis.

According to Reuters, the two Russian pilots descended by parachute after the Su-24 jet was downed, both were shot dead by Turkmen forces, citing a deputy commander of a Turkmen brigade in Syria.  Reuters, in the region, works closely with ISIS and al Nusra groups and, in combination with the Syrian Human Rights Observatory, regularly fabricates stories of atrocities by Russian or Syrian government forces.
This is the Turkish version as submitted to al Jazeera.  All map and border references were added later: 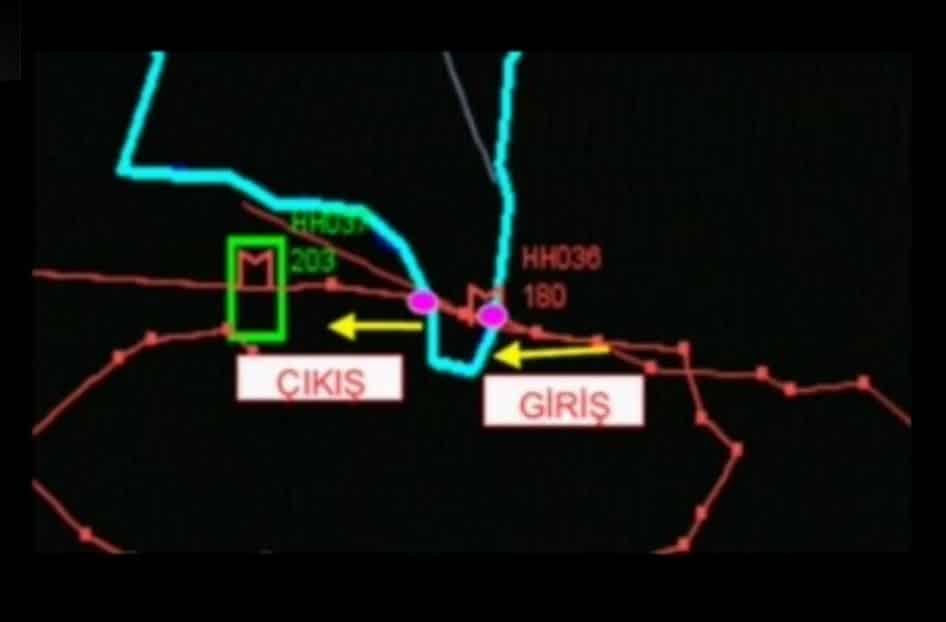 “Both of the pilots were dead on retrieval. Our comrades opened fire into the air and they died in the air,” Alpaslan Celik, a deputy commander of a Syrian Turkmen brigade and Colonel in Turkish intelligence.

He was speaking near the Syrian village of Yamadi, according to Reuters. Celik held what he said was a piece of a pilot’s parachute.

A graphic video posted earlier on social media purported to show a Russian pilot lying on the ground surrounded by a group of men praising Allah.

The men reportedly regretted they hadn’t burned him on the spot.

The video was sent by a rebel group operating in the northwestern area of Syria, where groups including the Free Syrian Army are active but Islamic State has no known presence.

Jahed Ahmad, a representative of the 10th Brigade in the Coast, the rebel group that attacked the pilots, told AP that at least one of the Russian pilots was dead upon landing.

A Russian Su-24 bomber was shot down by Turkish fighter jets near the Turkish-Syrian border on Tuesday.

Turkish or perhaps American F 16s shot down a Russian SU 24 over Syria stating it had gotten “too close” to their border. Initial reports say one pilot is dead, one captured by al Nusra terrorists inside Syria.  The plane was hit 1 kilometer inside Syria at an altitude of 6000 meters and crashed 4 kilometers inside Syria.

Turkey’s move today is a clear sign of the weakened condition of the Obama administration and their inability to control rogue military factions in both the Pentagon and NATO.

President Putin personally confirms the attack was over Syrian territory.

Erdogan’s insane actions were done in consultation, according to sources, with Senator John McCain, unsuccessful presidential candidate and current head of the Senate Armed Forces Committee. McCain is said to have made assurances to Turkey that NATO commander, General Phillip Breedlove, would “personally” extend the protection of American strategic nuclear forces over Turkey if a direct confrontation with Russia ensued.

McCain assured Erdogan, according to sources, that the Pentagon was ready to move against Obama and that Russia, knowing this, would back down.  What Erdogan fails to grasp, however, is that McCain, rumored to be increasingly mentally unstable, represents a groups of “End Times” religious extremists which include Lindsey Graham, Ted Cruz, Rand Paul and all but two of the huge field of Republican presidential candidates to whom nuclear apocalypse has long been a goal.

Moreover, the 3 recent “events,” the Sinai “crash,” the attack on the Crimea power grid and the downing of the SU24 are pure provocation.  Ostensibly, this is an American move, we believe, to convince the Saudi’s and Gulf States that America is not abandoning the Middle East and is ready to play “brinksmanship” with Russia as it had done at the height of the Cold War.  It is also based on an American assessment of Putin himself, that he is a pragmatist and will back down.

The strong political divisions within the US, a weakened State Department and a deeply divided Department of Defense, along with a congress controlled by special interests, has allowed Saudi Arabia, Turkey, Israel and Ukraine to “go rogue” against Russia.  Only Israel’s Netanyahu has kept, just possibly, the option of backing out of the secret American “cabal” that is targeting Putin.

One might also note that the recent Russian naval exercises in the Eastern Mediterranean and the concurrent closing of commercial air space over the region was in response to a recognized threat of a USS Liberty type attack on a Russian vessel.  Such an attack may well have been in the offing.  Today’s event, placed in context, has to be taken as a planned provocation.

There is no way of proving Americans planes weren’t involved in this incident.  This is the second such incident in recent days, with a Russian airliner over Egypt shot down in all probability by a NATO fighter only miles from the Israeli border during “exercises.”

Putting accuses Turkey of being “an accomplice to terrorists.”

“Instead of contacting us immediately Turkey addressed their  NATO partners  — as if it was us who downed their plane, not vice versa. Do they want to put NATO at the service of ISIL? “

The Russian Ministry of Defense confirmed the attack took place over Syria.  From Sputnik News:

Russia’s President Vladimir Putin called the downing of an Su-24 fighter jet in Syria a stab in the back at a meeting with the King of Jordan Abdullah II in Sochi.

The Russian Su-24 military aircraft that crashed in Syria earlier in the day was downed by an air-to-air missile from a Turkish plane, Russia’s President Vladimir Putin said Monday.

The attack on Russia’s Su-24 jet is a “stab in the back”, the president said.

Vladimir Putin stressed that Russian pilots were in no way a threat to Turkey. “This is an obvious fact.”

Russia’s president stated that the Su-24 incident in Syria steps over the boundary in the conventional war against terrorism.

“This event goes beyond the fight against terrorism. Of course, our servicemen are engaged in a heroic struggle against terrorism, not sparing themselves or their own lives. But today’s loss is related to a stab in the back, carried out against us by accomplices of terrorists. I cannot otherwise describe what happened today,” Putin said at a meeting with Jordan’s King Abdullah II.

According to the Russian leader, the aircraft was around a kilometer (0.6 miles) from Turkey when it was hit.

“Our aircraft was shot down over Syrian territory by an air-to-air missile from a Turkish F-16. It fell on Syrian territory, four kilometers from the border with Turkey. When attacked in the air, it was flying at an altitude of 6,000 meters, one kilometer away from Turkish territory,” Putin said.

Abdullah II expressed his condolences and stressed the need to join forces in the fight against the Islamic State.

Russia and Jordan must join efforts in the fight against terrorism, Vladimir Putin said, adding that military and special forces are already working in that direction.

Earlier Tuesday reports came in that the Russian Su-24 jet crashed in Syria. It was most likely downed by a ground missile, according to the Russian Defense Ministry’s statement.