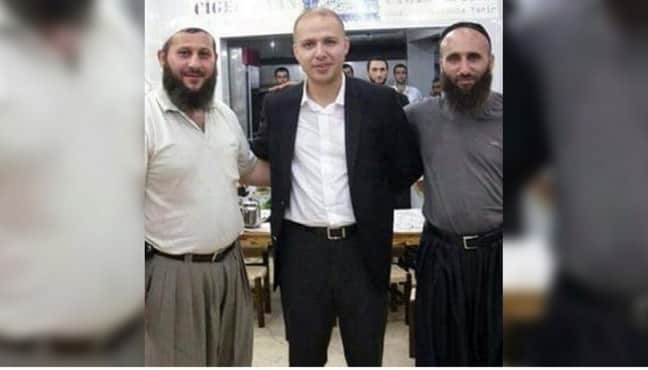 Cheap Syrian oil that ISIL terrorists trafficked to Turkey may be the real reason for the attack on the Russian Su-24 bomber morning, November 24th. Reported LifeNews.

According to the newspaper, the son of Turkish President Bilal Erdogan linked to ISIL terrorists, and he controls the Syrian oil flows to Turkey.    It is the fact that the Russian aircraft carried out massive strikes on oil fields militants, the Turkish authorities became the last straw.

Many experts constantly say about the top of the Turkish authorities who cooperate with the ISIL militants  . In the media there were even photographs of the son-heir of the Turkish leader posing next to the leaders of the “Islamic state.”

“Turkey is deliberately interfering with the Russian military operation in Syria, since from this its territory ISIL transported to Turkey cheap Syrian oil, and Russian planes are destroying the columns of fuel trucks,” – says military expert, director of the Center for Strategic Market Ivan Konovalov.

“Turkey’s actions are de facto protection of Islamic State,” Medvedev said, calling the group formerly known as ISIS by its new name. “This is no surprise, considering the information we have about direct financial interest of some Turkish officials relating to the supply of oil products refined by plants controlled by ISIS.”

“The reckless and criminal actions of the Turkish authorities… have caused a dangerous escalation of relations between Russia and NATO, which cannot be justified by any interest, including protection of state borders,” Medvedev said.

According to the PM, Russia is considering canceling several important projects with Turkey and barring Turkish companies from the Russian market. Russia has already recommended its citizens not to travel to Turkey, citing terrorist threats, resulting in several tourist operators withdrawing tours to Turkey from the market.

Russia may further scrap a gas pipeline project, aimed at turning Turkey into a major transit country for Russian natural gas going to Europe, and the construction of the country’s first nuclear power plant.

Turkey shot down a Russian bomber over Syria on Tuesday, claiming the aircraft had violated Turkish airspace. Russia says no violation took place and considers the hostile act as ‘a stab in the back’ and direct assistance to terrorist forces in Syria.

IS has big money, hundreds of millions or even billions of dollars, from selling oil. In addition they are protected by the military of an entire nation. One can understand why they are acting so boldly and blatantly. Why they kill people in such atrocious ways. Why they commit terrorist acts across the world, including in the heart of Europe,” said Russian President Vladimir Putin on Tuesday, after a Turkish F16 downed a Russian Su-24 jet near the Turkish-Syrian border.

Last October, the US Under Secretary for Terrorism and Financial Intelligence David Cohen said Islamic State was earning $1 million a day from oil sales. “According to our information, as of last month, ISIL [now more commonly known as ISIS] was selling oil at substantially discounted prices to a variety of middlemen, including some from Turkey, who then transported the oil to be resold. It also appears that some of the oil emanating from territory where ISIL operates has been sold to Kurds in Iraq, and then resold into Turkey,” he said.

According to Russian Prime Minister Dmitry Medvedev, the middlemen in Turkey are not only entrepreneurs, but are Ankara officials. Turkey is protecting Islamic State because of “direct financial interest of some Turkish officials relating to the supply of oil products refined by plants controlled by ISIS.”

“Nowadays the truck columns have to disperse and their payload has grown smaller. Before the operation buyers would visit the oilfields themselves, now they have had to organize a new cluster,” he told Gazeta.ru. He added that oil extraction will decrease because ISIS lacks qualified specialists.

A member of the expert council of the Russian Oil Industry Union Eldar Kasayev said Islamic State is selling oil at $15–25 per barrel, which is much cheaper than the Brent benchmark, trading at $45-50.

“By reselling it, Ankara has the opportunity to earn extra income and continue to bomb the Kurds, saying its bombing radicals,” he said.