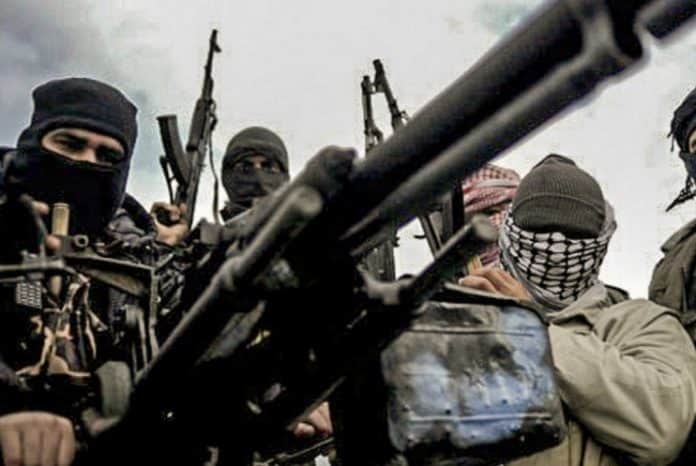 [ Editor’s Note: One of the standard first questions in Intel analysis in the situation at hand is, “Why now?” Why is Erdogan wanting to put wind in the sails of this January 2014 event that most people had forgotten about as it has been eclipsed by so many others to reveal Turkey’s overt involvement in pillaging the Syrian people, for what seems to be profit and pleasure at this point?

There seems to only be one contestant for the number one reason, to send a message to the Turkish military about challenging anything that Erdogan is doing, to keep it in a totally subservient position. Erdogan, by shoring up his flanks with this aggressive move, is also showing us his Achilles heel…that only the Turkish military can save the day for the Turkish people at this point.

Everyone in Turkey already knows this, and so does NATO and Washington. With Obama doing his Jack-in-the-box trick to support the Turkish SU-24 shoot down before the situation was even clear as to how it happened, we have to suspect that he and the Pentagon are involved with Erdogan’s intrigue as part of the US basing rights deal to launch airstrikes in Syria without Damascus permission.

With the Russians turning that situation upside down now Obama may have found himself lashed to the Erdogan mast, a ship that might go down in the current stormy weather, or worse…it might show Obama as having allowed himself to be put on Erdogan’s leash and has now been compromised.

So we have a complicated situation for a scenario developing where the needed US support could emerge for the military to arrest Erdogan, his family, and a good chunk of the Turkish Intel thugs who are really working for the Erdogan family, and getting one hell of a bonus out of all the looting that has been going on, especially the Syrian oil.

But with big risks come big risks and big rewards. If a coup did take place would it just be a new criminal mafia replacing the old one, or emergency surgery to cut out the Erdogan cancer before it is too late?

I don’t think we are going to have to wait too long to find out. If the military is going to move it has to do so before dozens of them are arrested, all who would have to be involved for it to be successful. Someone will have to blink first… Jim W. Dean ]

____________
– First published  …  November 29,  2015 –
In January 2014, Ankara Gendarmerie Major-General Ibrahim Aydin, former Adana Gendarmerie Brigadier-General Hamza Celepoglu and former Gendarmerie Criminal Laboratory Head Colonel Burhanettin Cihangiroglu stopped Syrian-bound trucks in southern Turkey after they received information from an anonymous source that the trucks were illegally carrying weapons to militants in Syria.
When the information about the trucks became public, MIT officials and high-ranking Turkish politicians, including President Recep Teyyip Erdogan, who was Prime Minister back then, and Prime Minister Ahmet Davutoglu, then the country’s foreign minister, were furious that the gendarmes stopped the trucks and said the Syria-bound trucks were carrying “humanitarian aid” to Turkmen living just south of Turkey, the newspaper said.

“Yes, I’m saying this without any hesitation. That aid was going to the Turkmens. There will be a war next door and we will watch our Turkmen, Arab and Turkish brothers being massacred,” Davutoglu said, as cited by Today’s Zaman.

However, members of opposition parties and some Turkish media said the trucks were indeed transporting weapons to Islamic extremists in Syria.The gendarmes involved in the interception confirmed that the Syria-bound trucks weren’t going to an area where the Turkmen lived, but to an area populated by radical groups, the Turkish newspaper said.

When an investigation into the MIT case was launched, the ruling Justice and Development Party (AKP) called the probe as “treason and espionage” on the part of prosecutors.

New Twist in the Story

Then on Saturday, contrary to his earlier claims that the MIT trucks were carrying humanitarian aid to Turkmen, Erdogan said the trucks were actually heading on their way to help the Free Syrian Army (FSA).

“They [the gendarmes who revealed the transfer] also exposed those going to the FSA in that way,” Erdogan said on Saturday while addressing his supporters in Balikesir, as cited by Today’s Zaman.

Well, that’s getting pretty confusing — were the trucks delivering “humanitarian aid” to the Turkmen or the FSA then? Just make up your mind, Mr. Erdogan. Where the trucks were heading and what were they carrying after all?Meanwhile, some very high-ranking Turkish officials, including then-president Abdullah Gul, revealed that the Syria-bound trucks were a “state-secret,” leading to more speculations that the trucks were indeed filled with weapons.

The recent developments are taking place in the wake of a major government crackdown on two Turkish journalists of the Cumhuriyet newspaper, Can Dunbar and Erdem Gul, who we arrested for covering a story and releasing pictures, claiming that Turkish trucks provided weapons to Syrian opposition rebels.

The reason why the Turkish government arrested the journalists is because Erdogan and his ruling party don’t want reporters to write about certain things, such as the government’s support of Syrian rebels, corruption and other important things that people should actually know about, human rights activist Arzu Geybulla said.

Following the arrest of the journalists, who covered Erdogan’s “tender” topic, it looks like the Turkish President is trying to eliminate everyone who’s willing to speak up or reveal the fact that the Turkish government was helping out Islamic extremists in Syria.

All of this comes amid the political scandal involving the downing of the Russian Su-24 by a Turkish Air Force F-16 fighter jet on Tuesday.

After the incident Russia said Turkey was one of the countries which cover the actions of Islamic terrorists in Syria.