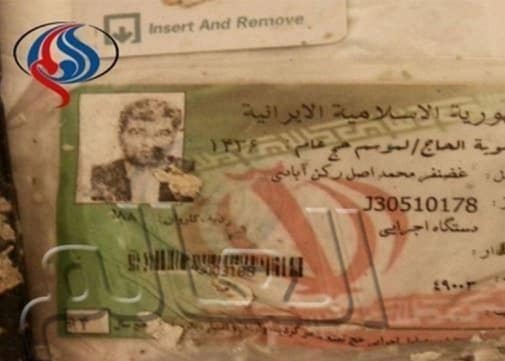 From the Moment Ambassador Ghazanfar Roknabadi went missing, red flags went up.  He has long been a target of Saudi and Israeli intelligence and the assumption on his part that he would be safe at the Hajj was insanity.  However, no one believed that the Saudi royal family and their Mossad friends would staged the massacre of 7000 people to sift through attendees and kill one here, kidnap one there.
Our reports are that Ambassador Roknabadi was arrested and shipped to Israel for debriefing.  A cover story was floated that he had defected when his presence in Israel was detected. It is now our belief, a very informed belief, that he was kidnapped, brutalized and murdered then his body was returned to Saudi Arabia two months later for repatriation.  He had long been a target of the CIA in Beirut where the US embassy is one of the world’s largest drug running hubs.  From Al Alam new service in Tehran:

Photos below show the former Iranian ambassador to Beirut Ghazanfar Roknabadi remains. They include his Hajj card, ring, cellphone and some Saudi currency, according to Alalam News Network.

Roknabadi was thought to have been among 464 Iranians killed in the Mina disaster near Mecca on September 24 in which his body was recently identified after almost two months of the hajj stampede.

Few days after Mina disaster, Saudi officials claimed that there was no official record that Ghazanfar Asl Roknabadi entered Saudi Arabia, but the Iranian foreign ministry had documents showing that an ordinary Hajj visa had been approved for the deceased diplomat, Alalam News Network added.

After passing of almost 60 days, Saudi officials declared the body of Roknabadi, who was missing, and identified through fingerprints and DNA testing.

His body was finally returned to Iran on Friday September 27 through Tehran’s Mehrabad International Airport.

Roknabadi was born in Qom in 1966 and served as Iran’s ambassador to Lebanon from 2010 to 2014, Alalam News Network reported.