Home Government Putin: Obama and I Have Common Understanding of Next Steps in Syria 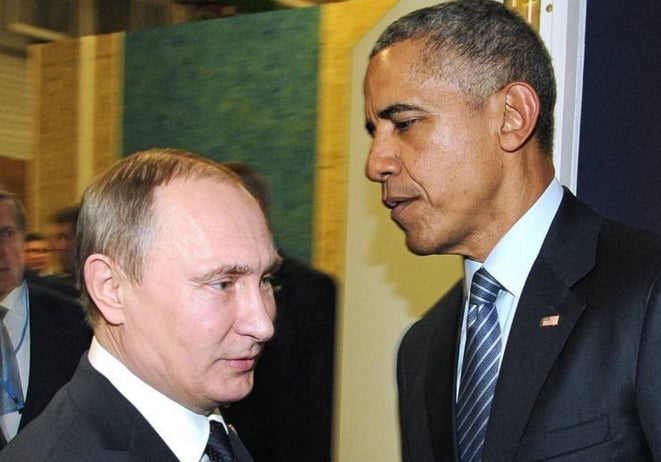 Meeting on the sidelines of the Paris climate talks, Russian President Vladimir Putin and US President Barack Obama discussed Syria and the need for a new Syrian constitution and elections.

“We talked about the tactics of our joint action on this political track, and overall, in my opinion, there is an understanding about where to go from here.”

The Russian president also spoke of governmental changes needed for ending the fighting in Syria.

“If we are talking about the necessity of a political settlement, it is necessary to work on a new constitution, on the new election and on ensuring its results monitoring.”

According to Ben Rhodes, deputy national security adviser to the White House, Obama has “stressed that the US, Russia, Turkey, our allies and partners in the Arab world, and Iran, must negotiate.”

Speaking to reporters, Rhodes said “this is a direction in which we can work together.”

During the summit, President Putin also stressed the impossibility of forming an effective anti-terror coalition so long as some parties use terrorist organizations to their own advantage.

“Now, as for the creation of a broad coalition against terrorism. You know that I spoke about this at the 70th anniversary session of the UN General Assembly. We are always in favor of this, but it is impossible while some use terrorist groups to reach short-term political goals.”