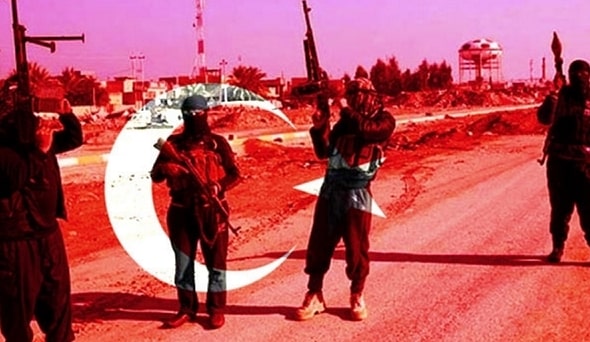 TEHRAN (FNA) – The Free Syrian Army (FSA) announced that it has corroborative evidence to prove Turkish crude purchase from ISIL based on contracts. A senior FSA member responsible for information affairs told the Russian media that the group has received images of the contracts signed by Turkey to purchase Iraq and Syria’s oil resources from the ISIL.

German media had reported earlier this month that Russian airstrikes on the ISIL’s oil infrastructure caused natural dissatisfaction of Turkey that appears to be the main consumer of ISIL’s oil.

In the wake of the downing of the Russian Su-24 bomber jet by Turkish air force, President Vladimir Putin said that Ankara appears to be an accomplice of terrorists, as it is purchasing oil in regions of Syria captured by extremists, and he is on solid ground in saying so, the German newspaper Bild reported.

Turkey has turned into a major consumer of oil from the ISIL, the author of the article continued. Turkish businessmen sign deals on oil purchases with the ISIL, allowing them to get revenues of $10 million weekly.

The Kremlin long time ago obtained information that oil from ISIL-seized territories in Syria is being transferred to Turkey. And the fact that Russian Aerospace Forces started to conduct more attacks against ISIL infrastructure couldn’t be overlooked by Ankara, Sputnik said.

According to Bild, Turkish policies regarding the ISIL are not quite transparent: although Ankara provided Americans with opportunities to use the country’s airbase for launching attacks against ISIL positions, Erdogan allows terrorists sneaking into Syria to go through Turkey without hindrance.

At the same time, Bild noted, Turkey is not the only state that is making dirty oil deals with the ISIL militants for its own profit. Smugglers supply Jordan and Kurdistan, in which black market trade is flourishing, with ISIL oil, Eckart Woertz, the senior analyst for Barcelona Centre for International Affairs, said.

Putin, after a press-conference with the French President François Hollande, said that significant amounts of oil from ISIL-controlled areas in Syria is being transported to Turkey:

“We are speaking about industrial-scale supplies of oil from Syrian territories seized by terrorists — from these exact areas and not from any others. And we can observe from the air where those cars are heading to,” the president announced. “They are moving to Turkey day and night.”