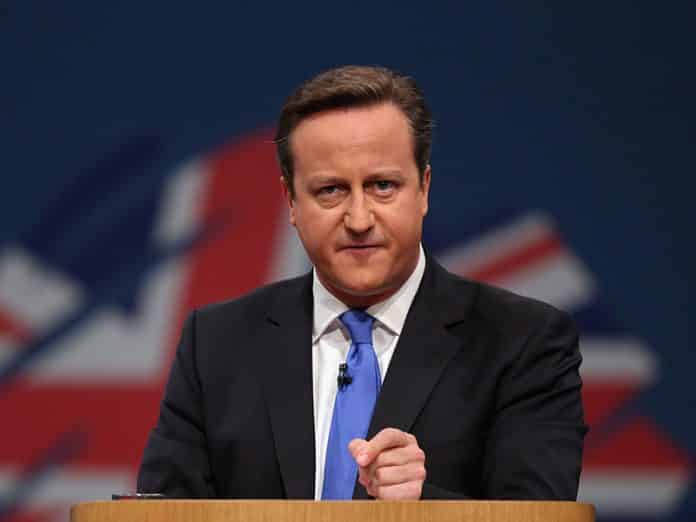 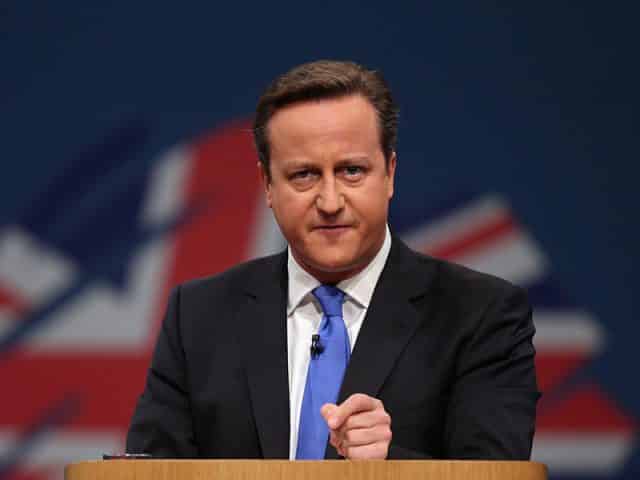 David Cameron came to the Commons today with his master-plan for confronting ISIS, having told his MPs: “You should not be walking through the lobbies with Jeremy Corbyn and a bunch of terrorist sympathiser.”

At his party’s conference a few weeks earlier Cameron preached to the faithful: “My friends – we cannot let that man inflict his security-threatening, terrorist-sympathising, Britain-hating ideology on the country we love.” These were unwise remarks considering that Cameron himself adores terrorists.

And didn’t Cameron also dismantle our universal jurisdiction laws to provide safe haven for wanted war criminals? And doesn’t he just love hobnobbing with the Saudis? Corbyn needs no lectures on loyalty or national security from him.

This was the Prime Minister’s motion…

“That this House notes that Isil poses a direct threat to the United Kingdom; welcomes United Nations Security Council Resolution 2249 which determines that Isil constitutes an ‘unprecedented threat to international peace and security’ and calls on states to take ‘all necessary measures’ to prevent terrorist acts by Isil and to ‘eradicate the safe haven they have established over significant parts of Iraq and Syria’; further notes the clear legal basis to defend the UK and our allies in accordance with the UN Charter; notes that military action against Isil is only one component of a broader strategy to bring peace and stability to Syria; welcomes the renewed impetus behind the Vienna talks on a ceasefire and political settlement; welcomes the Government’s continuing commitment to providing humanitarian support to Syrian refugees; underlines the importance of planning for post-conflict stabilisation and reconstruction in Syria; welcomes the Government’s continued determination to cut Isil’s sources of finance, fighters and weapons; notes the requests from France, the US and regional allies for UK military assistance; acknowledges the importance of seeking to avoid civilian casualties, using the UK’s particular capabilities; notes the Government will not deploy UK troops in ground combat operations; welcomes the Government’s commitment to provide quarterly progress reports to the House; and accordingly supports Her Majesty’s Government in taking military action, specifically airstrikes, exclusively against Isil in Syria; and offers its wholehearted support to Her Majesty’s Armed Forces.”

MPs opposed to extending the UK’s bombing campaign into Syria had tabled a cross-party motion refusing to authorise military action. Spearheaded by Conservative MP John Baron and the SNP’s Westminster leader Angus Robertson, it was signed by 110 MPs – a list, said the SNP’s Alex Salmond, that he had examined carefully and failed to identify a single terrorist sympathiser among them.

A dozen MPs stood up to demand an apology from Cameron for his deeply insulting “terrorist” remark, but the prime minister’s Etonian manners didn’t allow it. The amendment proposed…

“While welcoming the renewed impetus towards peace and reconstruction in Syria, and the government’s recognition that a comprehensive strategy against Daesh (IS) is required, does not believe that the case for the UK’s participation in the ongoing air campaign in Syria by 10 countries has been made under current circumstances, and consequently declines to authorise military action in Syria.”

My own MP, Richard Arkless (SNP), wrote to me: “Syria is already the most bombed country in the world with 3,000 bombings from 10 other countries in recent months. These have not succeeded in reducing the influence of the group around the world. It has also been argued that this bombing campaign will kill civilians which can only strengthen the resolve of Daesh terrorists worldwide.

“We have not heard a convincing post-war plan from the Prime Minister. We know when the UK bombed Libya in 2011, the UK Government spent 13 times more money on bombing the country than contributing to its reconstruction. Without a sensible and reliable post-conflict plan, the UK Government are helping to create further turmoil in a an unstable region of the world.

“The influential Foreign Affairs Committee in the House of Commons has taken a wide range of evidence from military experts, academics, lawyers, the Foreign Secretary and Syrian groups. The cross-party committee set a number of questions for David Cameron, and just yesterday the committee voted by majority that these questions had not been answered by the Prime Minister.

“The SNP does not believe that the UK government has an adequate plan, and that a bombing campaign which will most certainly kill civilians, is the most appropriate course of action”.

Labour’s leader Jeremy Corbyn had given his MPs a free vote instead of whipping them to oppose war, and as a result had virtually guaranteed victory for Cameron. A great many were inclined to support the government position. Many of these were Blairites who voted for the Iraq war and they included most of Corbyn’s shadow cabinet – even his deputy leader and shadow foreign secretary.

Much was made of France’s plea for help in the wake of the Paris atrocity, so the occasion was emotionally charged and this had a lot to do with MPs’ attitude and the timing of the debate. Hillary Benn (shadow foreign secretary) shamelessly milked France’s plea for help for all it was worth in a speech that flatly contradicted his leader.

Cameron’s hurriedly cobbled scheme – it doesn’t really qualify as a plan – hinges on very sketchy ground intelligence. And even if our airstrikes wiped out the ISIS command centres and sent the extremists packing there’s no clear idea of who would magically fill the void on the ground.

He claims there are 70,000 ‘moderate’ mercenaries ready and able to come in and consolidate the air campaign’s success. But critics say that the only land forces capable of mopping up behind the airstrikes are Assad’s army. The moderates cited by Cameron are an ill-defined ragbag mainly interested in fighting Assad not ISIS, therefore can’t be relied on to mobilize against ISIS.

Cameron however has nothing to say about teaming with Assad’s coherent and well-functioning army against ISIS and stays very quiet about the sources of ISIS funding and armaments.

Before committing to air strikes without the necessary underpinnings, and involving Britain in the consequences (intended or otherwise), why doesn’t he follow the money? Who finances ISIS, who supplies their weapons, who sells their hijacked oil and who buys it? The answers may be embarrassing to Cameron, Obama and Hollande, which is why the question is always brushed aside. But the lid to this can of worms must be prised off. Then we might make some progress.

The vote was 397 for bombing in Syria, 223 against. Government MP were whipped, Labour MPs had a free vote and 67 are reported to have backed the government. Here in Scotland it was a different picture altogether. 57 out of our 59 Westminster MPs voted against.

We reap what we sow. And many people here are genuinely anxious about what might happen next. ISIS reprisals in our cities? More horrors, this time for British travellers? And are we seeing the clumsy opening moves that lead to WW3? Read the social media. Noisy demonstrators outside Parliament were saying tonight that the vote was a tragedy for the Syrian people and dangerous for the British people. They felt betrayed by their elected representatives.