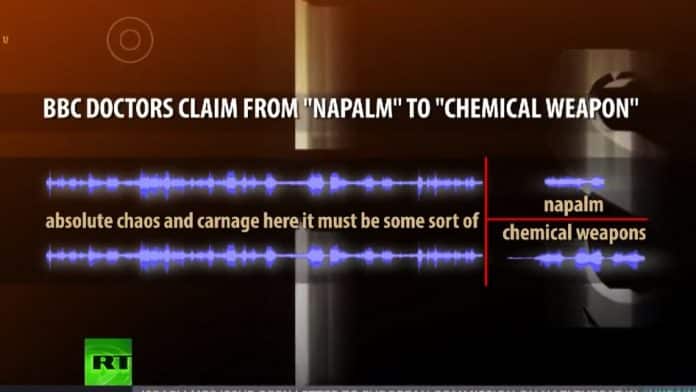 In 2013, VT, working closely with RT in Russia and our staff in the Republic of Georgia led by Jeffrey Silverman former US Army chemical weapons expert, caught the US, Ukraine and Turkey smuggling sarin gas into Syria to be used on civilians.

In a concurrent Press TV investigation, their correspondent Serena Shim was murdered by Turkish intelligence officers after she actually caught them transiting the Syrian border from Turkey with the WMDs.

Now Russia Today brings us conclusive proof that Britain and the United States tried to push for a war with Syria and Russia by staging chemical attacks inside ISIS controlled Syria using altered video and paid crisis actors.

There is now also conclusive evidence that real sarin gas attacks were staged in Syria as well with full American complicity and knowledge at the CIA and Pentagon but not the White House.

Sources in Washington tell us that when President Obama learned of the American ploy which killed hundreds of Syrian civilians, he ordered the US to “cleanse” the chemical and bio-weapons facility, the “Lugar Lab” in Tbilisi, Georgia.

During this “cleansing process,” VT gained access to the facility and witnessed transit of WMD equipment to US planes prior to an inspection by Russian media.