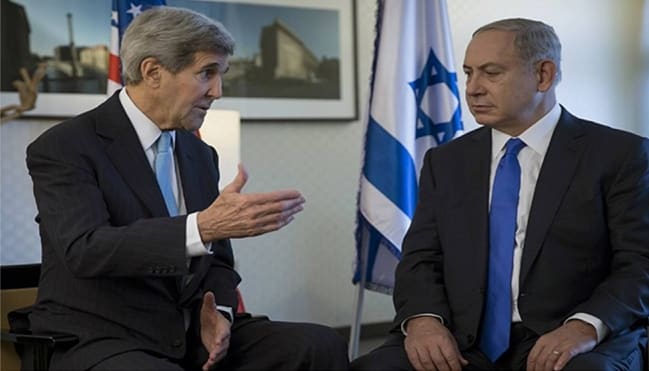 US Secretary of State John Kerry has made Israeli Prime Minister angry by suggesting that “one state solution” is not an option for Israel.

Kerry criticized Israel over its illegal settlement activities in the Palestinian occupied territories, and called the settlements an obstacle to a two-state solution.

“The continued settlement growth raises honest questions about Israel’s long-term intentions and will only make separating from the Palestinians much more difficult,” he said on Saturday in a speech to the Brookings Institution in Washington.

In addition, the top US diplomat warned against the security consequences for Israel if the Palestinian Authority (PA) were to collapse. “The one-state solution is no solution at all for a secure, Jewish, democratic Israel living in peace. It is simply not a viable option,” he said.

The remarks drew anger from Netanyahu, who blamed the Palestinian Authority for the stalemate in peace talks and the current wave of violence.

“Israel will not be a binational state,” Netanyahu said at the opening of his weekly cabinet meeting on Sunday. “But in order for there to be peace, the other side must decide that they also want peace, and unfortunately that is not what we are seeing.”

Kerry was previously criticized in Israel by asserting that there was a connection between settlement activities and the recent upswing in violence.

Tensions between Palestinian protesters and Israeli forces in the occupied West Bank and the Gaza Strip continue unabated. The wave of unrest was triggered by Israel’s imposition in August of restrictions on the entry of Palestinian worshipers into the al-Aqsa Mosque compound in East al-Quds; Iran Daily reported.