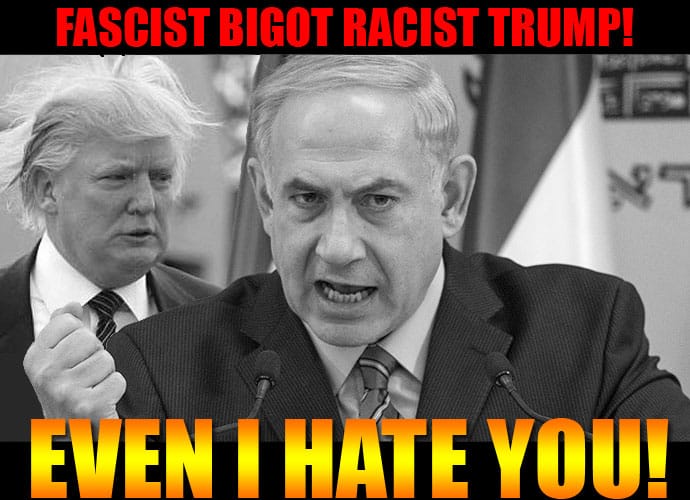 “The state of Israel respects all religion and strictly adheres to the rights of all its citizens,” he said in a statement.

“At the same time, Israel is fighting radical Islam which is attacking Muslims, Christians and Jews alike and threatens the entire world,” Netanyahu added.

Netanyahu’s office also revealed Wednesday that he is not cancelling his huddle with the GOP presidential front-runner later this month.

“The Prime Minister decided earlier this year on a uniform policy to agree to meet with all presidential candidates from either party who visit Israel and ask for a meeting,” the Israeli leader’s office said in a statement, according to The Times of Israel.

“This policy does not represent an endorsement of any candidate or his or her views,” the statement continued.

“Rather, it is an expression of the importance that Prime Minister Netanyahu attributes to the strong alliance between Israel and the United States.”

It booked the meeting between both men two weeks ago, The Times of Israel said Wednesday.

Trump sparked global outrage by calling for a “total and complete shutdown” of Muslims entering America late last Monday. He said the measure is a temporary precaution for preventing radical Islamic terrorism within the homeland.

The outspoken billionaire has drawn widespread criticism both at home and abroad.

Many Democratic and Republican lawmakers have rejected the plan in a rare show of bipartisanship, as have multiple Obama administration officials.