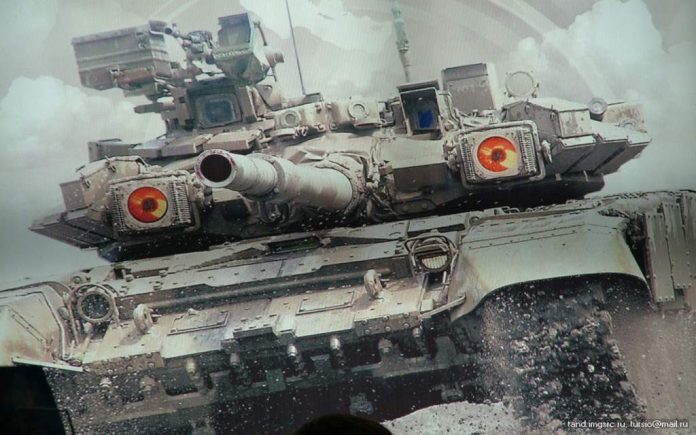 [ Editor’s Note: As we expected, the delivery of the long delayed but updated S-300 ground to air defensive missiles is being followed by Iran buying more top of the line T-90s  that are available now, unlike the new Armata tanks which will be going to the Russian military first.

Watch to see what Iraq will be buying now as the chance of having parts held up by Western suppliers due to some sanctions being imposed over anything imaginable makes defending from that disaster a critical buying factor now. Eurasian countries understand that larger production runs can hold their costs down, and having production plants not on the front lines where even US naval forces can reach them is another layer of protection from that threat.

Other friendly countries reserves could be called upon during a pinch, like India’s 850 T-90’s, where for example you could transfer new one on order for ones those that can be shipped immediately.

The stupid sanctions policies of the West are going to have huge long term costs in lost export business where arms are a major player. Sure, Iran might want some Western technology, which it is openly courting for areas like increased oil recovery help for its older oil wells, but for major weapons that would be very risky.

Why would you want to buy weapons from Western NATO countries that you know have supported terror operations against you while accusing you of being a terror supporter yourself so they could get you on their terror list? As I have said so many times in the past, “Never have so many, owed so little to so few, than the world has to Western leadership.”… Jim W. Dean ] 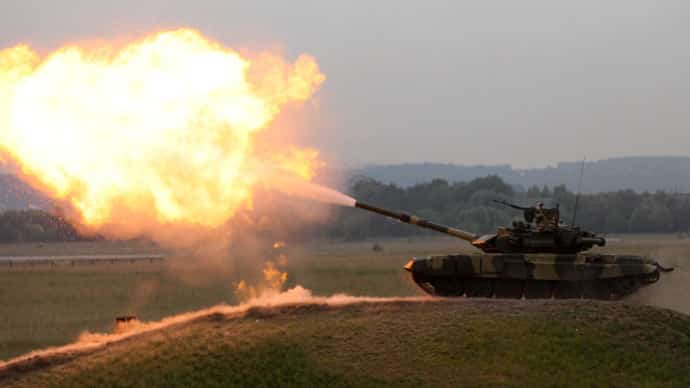 Commenting on the news that Iran is considering the purchase of an unknown quantity of Russian-made T-90 main battle tanks, Iranian political scientist and military expert Abouzar Bagheri shared with Sputnik his insights into what the purchase would mean for Iran’s military potential, and for the Iranian-Russian military partnership as a whole.

On Tuesday, Iranian Army Ground Forces Commander Ahmad Reza Pourdastan told Iranian media that Tehran’s military cooperation with Moscow is going ahead smoothly, and that in addition to the recently renewed contract to deliver the S-300 anti-aircraft missile system, the purchase of the T-90 main battle tank is on the agenda.

“Our military cooperation with Moscow has been strengthened; we have signed the first contract for the purchase of the S-300,” the general noted, according to the Tasnim News Agency. “Relatedly, the purchase of the T-90 tank is on the agenda. We are hoping that the relevant contracts will be concluded, and that our experts will be able to travel to Russia to gain experience in the operation of this modern piece of machinery.”

The T-90, adopted by the Russian Armed Forces in the mid-1990s and facing several waves of modernization since then, has been quite popular on the global weapons market, particularly among the countries of Azerbaijan, Algeria and India (the latter now has over 850 T-90s). Late last month, reports surfaced that the Syrian Army’s 4th Mechanized division deployed several T-90s.

Military cooperation between Moscow and Tehran became possible again after Iran reached an agreement on its nuclear program with the P5+1 group of international mediators in July.

According to the Joint Comprehensive Plan of Action (JCPOA), signed in Vienna on July 14, in addition to sanctions relating to ballistic missile technologies, which will remain in place for eight years, sanctions on the sale of conventional weapons would stay in place for five years.

Nevertheless, General Pourdastan is convinced that given the growing threat of terrorism in the region, questions of self-defense and the strengthening of the country’s military potential should not be unnecessarily constrained to the JCPOA. The general emphasized that Tehran would “use all available means” to defend itself from the threat of terror.

What does this mean as far as Iran’s desire to purchase the Russian main battle tank? Speaking to Sputnik Persian, Abouzar Bagheri, political scientist and military expert, emphasized that all countries have the right to find ways to defend themselves.

“Iran has held negotiations with Russia on military cooperation for a long time, in particular, on the purchase of the S-300. One way or another, every country has the legitimate right to strengthen and expand its military-defense complex, in order to defend its territory in case of a potential threat, and Iran is no exception,” the expert noted.

“The JCPOA,” Bagheri noted, “together with instructions from the US that Iran does not have the right to conduct missile tests or purchase offensive weapons or to use them, truly has limited Iran’s right to do so. However, as stated by the country’s Supreme Leader Ayatollah Khamenei, we must strengthen our military defensive complex, and this is not connected to the JCPOA, because Iran came to an agreement with the P5+1 on the use of the atom, not on our defense and missile potential.”

“It is for this reason,” the analyst suggested, ” that General Pourdastan raised the issue of expanding the military potential our Iran’s ground forces, notably via [the creation of a new] tank battalion, before the country’s parliament.”

According to Bagheri, “Tehran sees the purchase of modern tanks from Russia as part of the need to strengthen its defense industry. And, given the threats which exist in the region, Iran will certainly be using all its military potential to ensure the security of our country and neighboring countries.”

Ultimately, the expert believes that the signing of military and military technical cooperation agreements with Tehran is an indication that Moscow is moving from a relationship of partner to one of strategic ally to Iran in the region. For its part, by expanding its defense potential, Iran is strengthening its capacity not only to defend itself, but to conduct joint operations with Russia in the common war against terrorism.

“Iran has said repeatedly that it would seek to defend not only its national interests…but also the oppressed peoples of the region,” the Bagheri emphasized. “Today, our military instructors and advisors are present in Syria and Iraq, and help the people and governments of these countries in the war against terrorism. Iran, in close cooperation with its allies – Lebanon’s Hazbollah and Russia, renders all possible assistance to the peoples of these countries.”