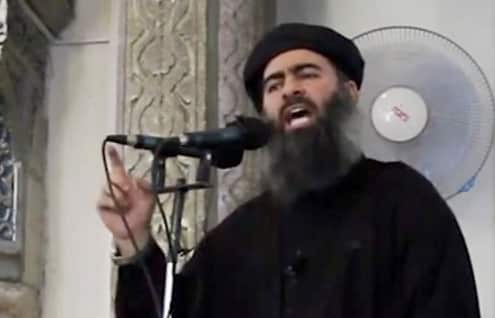 “Iraqi aviation destroyed a [militant] headquarters, which led to the death of 15 militants, several were wounded,” the ministry said in a statement.

According to the ministry, during the operation on the Iraqi-Syrian border, ISIS second-in-command known as Abu Ali Anbari was wounded in an explosion of suicide bomb belts stored in the headquarters.

“According to the information we have, he was wounded and transferred to the Bukemal area, the Interior Ministry said.” (and then on to Turkey)

Four ISIS commanders are said to be among those killed in the air operation.

ISIS has seized large areas in Iraq, as well as in neighboring Syria. Its advance is countered by a US-led coalition’s airstrikes and Iraqi army forces on the ground in Iraq. The coalition also conducts airstrikes in Syria, where Russia is carrying out a separate aerial campaign against ISIS, outlawed in Russia, at the request of Syrian President Bashar Assad. Sputniknews reported.