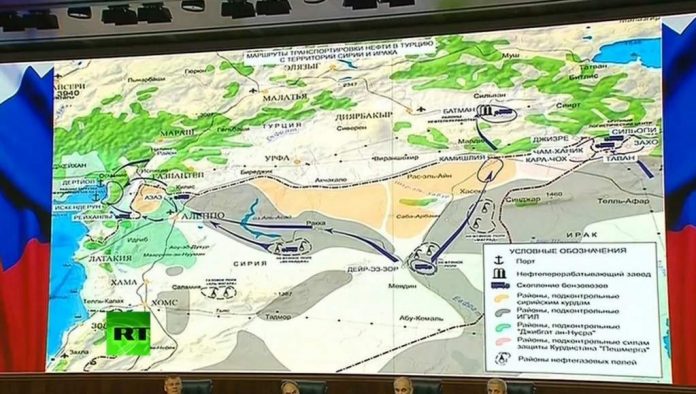 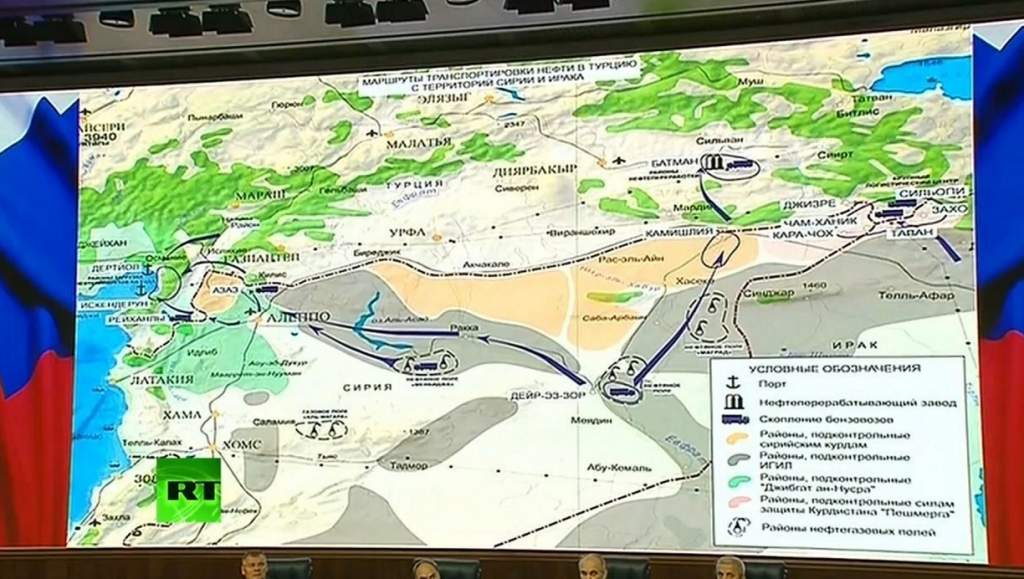 ISIS oil routes into Turkey, that the Russians presented so much evidence of, all go through Kurdish controlled regions.  Now that Turkey has moved thousands of troops into the region, sending Iraq to the UN for help, all done with Kurdish treachery, we have taken a closer look at who is really responsible for funding ISIS.

America says Assad is the ISIS oil partner.  We say it is the Kurds along with Erdogan and we stand ready to prove it.

The maps tell a story of a continuous Kurdish controlled area that covers more than 70% of all stolen oil, all moved directly through Kurdish lines in areas where there is no ISIS presence.  Turkey is currently inside Iraq building a new and highly illegal air base in the middle of the oil smuggling zone, all done with the full cooperation of the Kurdish Barzani regime in Erbil.

The Syrian and Iraqi borders with Turkey from Western Syria to the Iranian Border, the areas of most oil smuggling, are not only fully Kurdish controlled and where Turkey has invaded, but it is also where US Special Forces units have entered Syria illegally as well, right in the middle of the ISIS oil convoy area, according to Russian satellite intelligence published for the world last week.

According to our sources who live in this region, it is totally “combat free,” a safe-zone for smuggling arms one way and oil the other, quite a different story than the ones the media tell us. 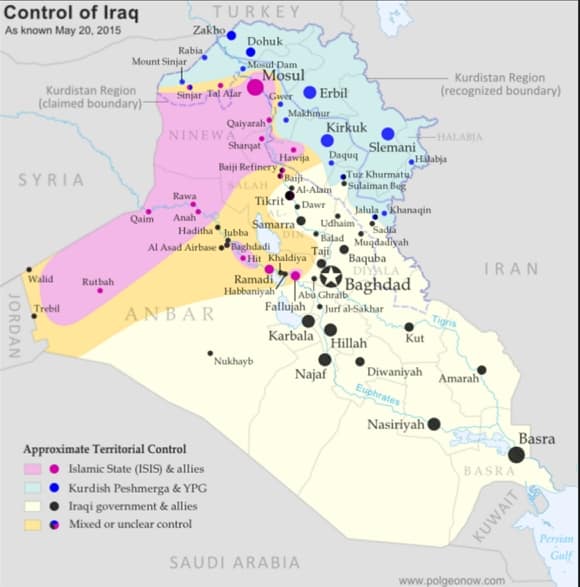 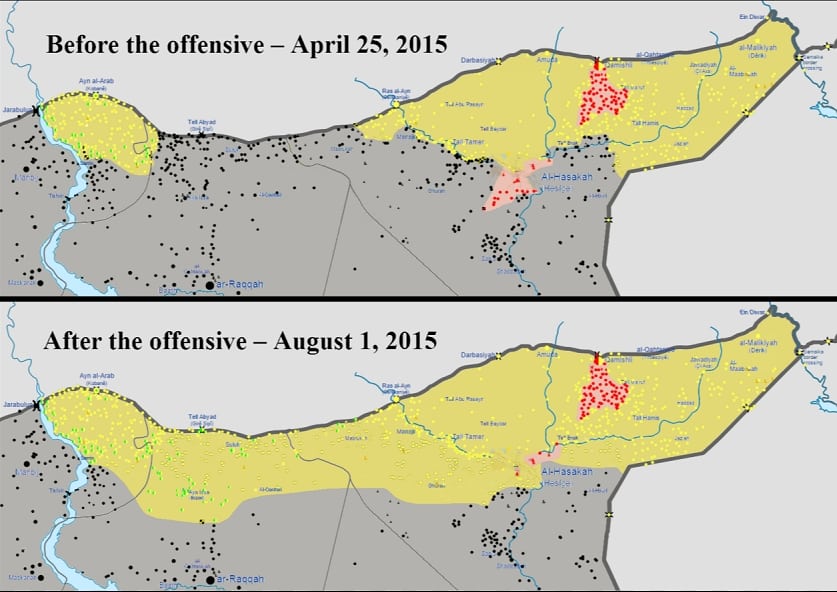 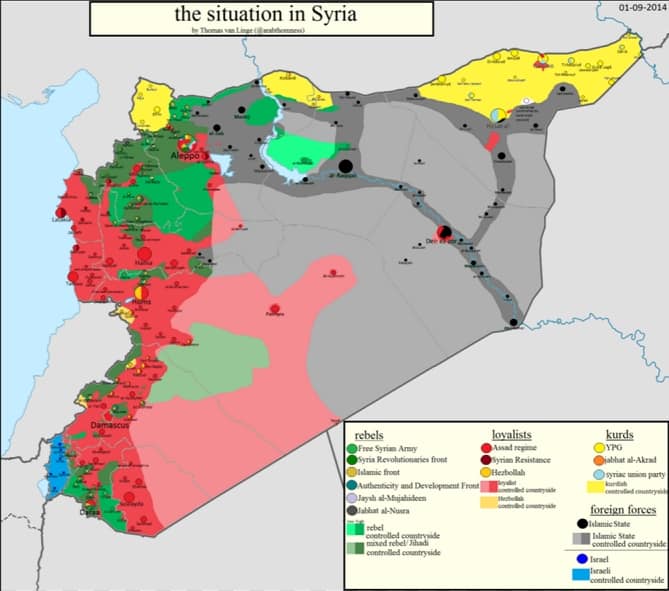