[ Editor’s Note: Better late than never, but the Iraqis should have done this UNSC move last week, as they looked weak by letting Turkey “play” with them like a cat and a mouse. By stalling making a serious move, Iraq allowed time for the troop deployment story to age and world attention be drawn elsewhere.

It allowed Turkey to do a diplomatic flanking move, publicly stating it would not send “more” troops into Iraq without close consultations with Baghdad. This was keeping in play that Turkey was holding onto sending them in, if it choose to do so “after consultations”.

The new international destabilization scam is having military powers asserting the right that they can put military forces into another country simply by declaring such an act as a counter-terrorism move being done for national defense. An extension of this is that we would all have the right to bomb Israel whenever we want to combat its international terrorism activities, which have gone on throughout its existence.

The analogous version is that it has been extended to the likes of the UAE and others, who are now turning to the big rogue private contractors to hire large numbers of mercenaries for such military interventions under the guise of restoring a legitimate government, the new term for putting a puppet in power. Our sources estimate 20,000 mercenaries are in the Yemen theater now, so the Arab states can avoid KIAs within their own ranks.

This issue is going to be a make or break issue for the UN. If this becomes another West Bank occupation-type issue, where the Israelis tell the UN where they can shove their resolutions, we will see other powers asking themselves, “we can do this when we don’t want to be encumbered by the UN… we will use it when it serves our interests and ignore it when it does not.”

So far mass media has been ducking the key issue in all this — that putting a counter terrorism wrap on any military aggression a country could choose to do has blocked any real UN-opposition problems. As Gordon told the Syrian Counter Terrorism main conference meeting: the current wars were not really about religion nor the states involved, but wanton international organized crime moves on a scale hard for the public to grasp.

Even countries and heads of states are mere “lieutenants” in the process, cut in for a piece of the action for their cooperation… or a terror campaign launched against them if they don’t… Jim W. Dean ] 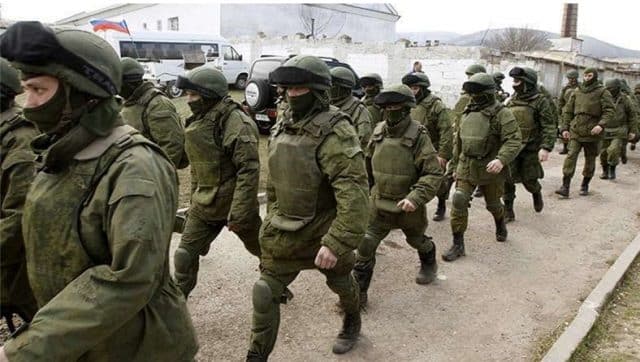 Iraq has asked the United Nations Security Council (UNSC) to adopt a resolution, urging Turkey to end its “illegal incursion” and immediately withdraw its troops from the Arab country’s soil.

During a Friday meeting of the 15-nation council, which convened at Iraq’s request, Foreign Minister Ibrahim al-Jaafari said his country has exhausted “all diplomatic channels” for Ankara to pull out its forces.

“Iraq has spared no effort to exhaust all diplomatic channels and bilateral negotiations with Turkey, in order to withdraw its forces that are unauthorized in Iraq,” he said.

Tensions have been running high since December 4, when Turkey deployed some 150 soldiers and heavy weapons, including up to 25 tanks, to the outskirts of Mosul.

Turkey reportedly withdrew some troops from the Bashiqa camp, moving them to another base inside Iraq’s Kurdistan region, but Iraq says they should pull out completely.

During the UNSC session, al-Jaafari further denounced “the Turkish occupation and the illegal incursion against the will of a founding member state of the United Nations.”

The top Iraqi diplomat said Turkey’s “violation against the borders of a sovereign neighboring state” constitutes a “hostile act” which is in breach of international norms and regulations.

“Iraq rejects any military movements in the area of counter-terrorism without the knowledge of the Iraqi federal authorities and its approval,” he added.

Jaafari called on Ankara to “withdraw its troops immediately, and to ensure, with all available means and measures, immediate and unconditional withdrawal to the international recognized borders between the two countries.”

The Iraqi minister said Turkey must “ensure the non-recurrence of such unilateral actions which jeopardize international relations.”

Turkey’s envoy to the UN Halit Cevik criticized Iraq for taking its complaint to the UNSC, accusing Baghdad of undermining what he called global fight against Daesh.

Over the past few days, thousands of Iraqi protesters have staged demonstrations across the country to denounce the Turkish deployment of military forces.

Iraq’s top Shia cleric Grand Ayatollah Ali al-Sistani has called on the government to show “no tolerance” toward any party that violates the country’s sovereignty. Baghdad lodged a formal complaint with the UN Security Council over the incursion on October 11.