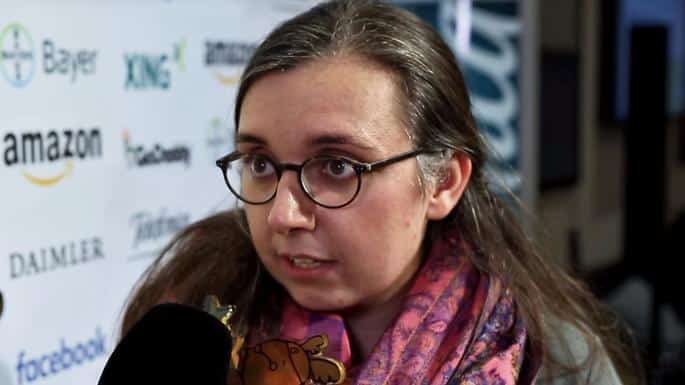 The Holocaust Industry will never cease to attract people who want to make a name for themselves. It is quite obvious by now that those people who want to resurrect a rotten corpse, a stench in the nostril of virtually every person with an ounce of common sense. Those people want money,[1] and since the love of money is the root of all evil, they will to do virtually anything to get the almighty dollar.

Moreover, the Holocaust Industry wants to keep the masses under their control. This is one reason why Norman Finkelstein calls it an industry. People in the industry don’t want the masses to start thinking, start doing a little research, and start asking fundamental questions. They want to control the masses like zombie. And if they have to lie to maintain a colossal hoax and complete fabrication, so be it. Listen to this.

For years, Joseph Hirt said that he was at Auschwitz and saw horrible things, disgusting things, and unimaginable things. He saw Nazi doctor Josef Mengele, commonly known as the angel of death. He gave numerous speeches in several corners in the United States. He allegedly saw how Adolf Hitler turned his back on Jesse Owens at the 1936 Berlin Olympics. Hirt was a charismatic individual, so many people believed him and sympathized for him.

But the whole thing was a colossal hoax. Hirt was no Holocaust survivor, and his entire story was made up, and it was obvious to many observers that things couldn’t add up. A New York history teacher by the name of Andrew Reid saw that Hirt’s story couldn’t be true because it was palpably incoherent. The 86-year old eventually confessed. He lamented:

“I am writing today to apologize publicly for harm caused to anyone because of my inserting myself into the descriptions of life in Auschwitz. I was not a prisoner there. I did not intend to lessen or overshadow the events which truly happened there by falsely claiming to have been personally involved.

“I was wrong. I ask forgiveness. I determined at that moment to do everything in my power to prevent the loss of the truth about wartime life (and death) at Auschwitz.”[2]

Because he was spiritually blind, Hirt could not see that truth does not need a bodyguard of lies. If a statement or idea is true, it will thrive and survive and even triumph, though it may take weeks, months, years, decades, and even centuries. Truth does not and will never need one person to flourish. It was there before we were born and it will continue to be around after we are all gone.

But the Holocaust establishment and its minions have yet to learn that fundamental lesson, and “Holocaust survivors” are still making things up. Listen to this:

“German historian Marie Sophie Hingst, famous for her blog about family members who perished in the Holocaust, has been caught in a lie. The revelation also put the media, which published her other ‘personal stories’, in a bind.

“Hingst, who lives in Dublin, rose to prominence because of her stories about her alleged Jewish ancestors, who tragically died in the times of the Holocaust. These were published on her blog ‘Read on my dear, read on’ (now offline), which she started back in 2013 in Dublin. The blog featured accounts of her grandfather in particular, who she said was killed in the Nazi death camp Auschwitz.

“Her exploits did not go unnoticed as, at some point, her blog reached a whopping 240,000 readers while she was named ‘blogger of the year’ and awarded by the Golden Bloggers association – the group behind one of the major German social media influencers’ awards.

“Hingst was also invited to moderate panel discussions for the association of patrons of the Berlin Holocaust Memorial and frequently spoke on behalf of relatives of the Holocaust victims.

Yet the whole thing again was a complete lie. A group of archivists in Germany discovered that Hingst made up her story. In fact, “none of her relatives were victims of the Holocaust”![3] It gets even better:

“This situation looks even more bizarre in the light of the fact that Hingst, who is now in hot water over her bogus stories, did not just manage to persuade her sizeable audience about the existence of as many as 22 fictional Jewish relatives but even deceived Israel’s Jerusalem-based Holocaust memorial Yad Vashem and got them to put her ‘relatives’ in their official remembrance lists by sending them fake ‘Pages of Testimony.’”[4]

When confronted with these issues, Hingst declared that his stories were written with a “considerable degree of artistic freedom. This is literature, not journalism or historiography”![5] How stupid can we be? What we are seeing here again and again is that Jewish historian Tim Cole of the University of Bristol was right on target when he asserted:

“At the end of the twentieth century, the ‘Holocaust’ is being bought and sold…In short, ‘Shoah [Hebrew word for Holocaust] business’ is big business.”[6]