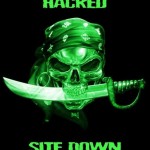 WE are back up, working on a new look and will come back swinging for the fence. Thank you all for your loyalty and patience.  We certainly angered someone.  Over the past few days, we had received warnings to “back off” from sources around the world and some here at home.  We are more than a bit unlikely to do that.  With news being such as it is, worthless drivel peddled by….

I don’t even have the energy to go there.  If you don’ t know already, you are unlikely to be reading these words.  Years ago, the government went after Mike Ruppert and his website, www.copvcia.com for going after American involvement in international drug importation.  Our stories, not purposefully, but out of necessity, have been heading that direction.  It is hard to discuss the war in Afghanistan without tripping over the hundreds of tons of opium and tens of billions of dollars that seem to miss the MSM…mainstream press.

Mike had his computers smashed, fled the country and eventually developed a mysterious illness that nearly killed him.  The list of dead investigative reporters, for those of you with the time and effort to make a google search, is substantial.  Their lives are worth less than Democratic Senators.  Two of my favorites were Gary Webb and Steve Kanga but there are more, so many more that it is easy to see why turning on the news is so sickening.  Maybe taking the money from the DC mafia and keeping your mouth shut is worth it.

My PTSD kicked in along ago and I simply don’t care.  Now I find myself surrounded by similar people, similar and beyond.  I have never been so proud.

Are we, the USA, the CIA and our allies, the Mossand, RAW and others just another drug gang in a war over money?  Could it be that simple?

Or, are we involved in a massive war on terror against 2 dozen illiterate tribesmen that is taking half our lives and bankrupting the most wealthy and powerful nation on the planet?

Let me get back to you when I finish figuring it out.  It is going to be a tough one.

With a veteran and military readership at our heart, one that has expanded internationally over the past two years, we have become very “participation driven.”  We have attracted a 3 dozen or more well known writers, intelligence analyists and military officers, some as writers, more ad continual sources.  Even we withhold information when the lives of troops in the field or innocent civilians are at risk.  We hope we have earned the trust we have been awarded by so many.

Let me, out of vanity, believe we are the victim of a great international plot, not some kid in Sidney, Australia who cracked out site on a 7 inch floppy attached to a Commodore 64.  Our pride demands better quality enemies.  If we don’t have them yet, we will work hard to make them.  This is my promise to you.