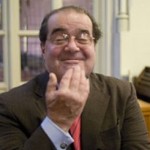 RIGHTS?   YOU GOT NO STINKING RIGHTS!

Kim Jong-il, “Supreme Leader” of North Korea can now hire a lawyer, Rudi Guliani maybe, pay a $35 fee and buy the United States Senate.  He can then pass laws to turn our military technology over to North Korea and “borrow” our navy to use the Pacific Ocean as his private bath tub.  The Mexican drug cartels can hire a lawyer, pay a $35 fee and buy a chunk of Congress too.  They can open the border, set up drug distribution across the US unfettered by unpleasant laws and agencies.

In fact, we may actually end up blackmailing countries into buying legislators just to keep safe from trade barriers or being put on “terrorist” lists.  I can foresee something akin to a stockmarket where, based on electoral prospects and committee assignments, legislators could go up and down in price like any other stock.  Imagine the embarrassment of constituents when they find their Senator is trading at bottom basement prices because of a mistress or some other indiscretion.  At least there won’t be any worry about bribes anymore.  Those will all be legal

It isn’t all that hard to overthrow a key law or legal protection under our current system.  All that is required is 4 or 5 lines to be added to an appropriations bill.  They only need to  become “Delaware corporations” and, according to our oddly influenced Supreme Court, they can do anything they wish.  They wish, let me tell you, they wish.  They can afford, let me tell you, they can afford to buy all the freedom and democracy we are willing to sell and the Supreme Court put the whole pile of it on the auction block.

We knew we had the worst Supreme Court in our history.  Half educated and mentally ill justices were nominated and bullied thru the Senate ratification process, yes through a United States Senate that was also one of the worst in our history, famous for spinelessness and greed.  The court began its path to taking control of the country thru overturning a presidential election, elections that are and have been jokes anyway, with a two party system long under the control of “fixers” and special interests.  Now, under the guise of giving “free speech” rights to corporations, the court has created nothing “free,” far from it.  It has given political control of the United States, control long wielded thru a soulless corporate media to any group, gang, cartel, foreign intelligence service or government that can hire a lawyer and file a form.

Within two electoral cycles, every law protecting the people of the United States and even the corporations they work for can be overturned by foreign interests that will buy control of every elected body in the United States.  No law, no regulation, no rule can stand, not under the deluge of cash heading our way like a storm.  American politics had, long ago, become a commodity to be bought and sold much had our justice system.  Money always bought access, money always bought influence and money bought “representation” that placed the powerful above the law, at least some of the time.  No society is classless, no society is perfect.  Our Constitution kept a balance, one sided for sure, but was there.  This is why Americans fought and died for it, why we love and respect it and why we will miss it.  It was never perfect, it needed the Bill of Rights and, so far has been amended 27 times.

We have had a long history of corporations getting into politics.  Then, however, the corporations were American.  They were known as the “Robber Barons” and American entered a period of corruption, poverty and near slavery as child labor, laws against unions, “the company store” and paid thugs ruled over American workers, workers fed milk made of chalk, bread made with wood and axle grease and half of America’s children died before the age of 6.  When the political power of corporations ended, these abuses stopped and we built the America we know today.  We have been down this road, we know it well, it is written into every history book.

Recent history has proven we still have Robber Barons.  Enron ran the early Bush administration like a hand puppet.  We arrested and imprisoned Bernie Madoff, one Robber Baron.  500 went free and are back at it, bribing public officials with money given to them, “bail out money,” meant to “save” our crumbling financial system, a system we know they will “crumble” again when enough suckers start investing again.

Our current system, imperfect though it is, with “gerrymandering” Congressional districts after each census and lobbyists secretly writing all our laws, is still “our” system, at least mostly ours.  That is going to end.  When America lost it’s wallet in the great crash and our national debt went to over 12 trillion dollars, the money in our corporations, the money and full control, moved overseas.  Not all corporations are evil.  Foreign ownership isn’t necessarily bad.  Most corporations  are businesses, manufacturing, trade, oil exploration and such.  However many are not.

In fact, laws that allow corporations to own corporations that own corporations makes it possible for any group, any dictator, criminal gang or even a foreign government to incorporate in places such as the British Virgin Islands.  Those corporations can then incorporate in the United States.  Now that the Supreme Court has given these secret organizations virtual citizenship with all the rights and none of the responsibilities, the real people of America, the ones who live and breathe, the ones who vote, raise children and fight for their country have now become meaningless.

We all know that money buys media.  The “Swiftboaters” proved that lies can swing any election.  It was Karl Rove’s “Manchurian Candidate” story that kept John McCain from being elected president in 2000.  These are nothing compared to the influence dictators and drug cartels can buy.

Once they buy influence, they then change laws.  Once laws are changed, they anything they want can be made legal or illegal, depending on what they wish.  There is nothing to stop them from opening the prisons and letting anyone out or jailing anyone they wish.  The Supreme Court once protected us from that.  Now they are only a joke.  From now on, judges around the country, from every city to the Federal Appeals Court and even the Supreme Court will be chosen by the foreign owned “cash soaked” corporations that can make or break any politician from dog catcher to President of the United States.

Laws can be passed to regulate the news, license reporters or tax the internet.  Books and movies can be banned, not on religious or moral grounds but because they may have insulted Hugo Chavez of Venezuela.  He is certain to use his oil money to buy a big chunk of Washington.  Maybe he and his friend Castro can get a little hammer and sickle stuck on the flag somewhere.

You say this all sounds like “too much?”  During the 30s, most states had forced sterilization laws, “eugenics” they called it.  Children were sterilized if a parent was an alcoholic or held “unusual political views.”  In schools, kids recited the pledge of allegiance will doing a Nazi salute.  This and a hundred other odd but easily verifiable facts were surgically removed from the history we teach our children.  Anyone who thinks that absolute power breeds moderation and civic responsibility is as insane as, well as a Supreme Court Justice.