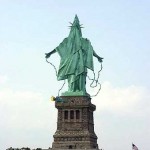 Last week’s breakin at Senator Mary Landrieu’s office in the New Orleans Federal Building was more than it seemed, much more.  All of the 4 arrested had been trained by the CIA and, possibly, Israel.  One arrested, Stan Dai, is listed as an Operations Officer of the Department of Defense Irregular Warfare Program and  a known expert and lecturer on, not only surveillance but explosives training, assassinations and “false flag operations.”  If you wanted a plane to crash, an enemy to get sick and die or a building to blow up, Dai would be the man to know how to make it happen.  Problem is, his skills were being used as part of a criminal conspiracy inside the United States against members of our own government.

Original reports on the “break-in” were also wrong.  One of those arrested was found blocks away with a covert receiver, managing the office bugs.  The man in the car is identified as Stan  Dai, Operations Officer for the Department of Defense Irregular Warfare Program:

“one of the four was arrested with a listening device in a car blocks from the senator’s offices.” The FBI’s affidavit noted that Flanagan and Basel were in the building with O’Keefe, and a federal law enforcement official confirmed to AP that Dai was the one in the car.”

What is not initially known is whether this was the first attempt or, as is much more likely, an additional incursion to plant new bugs as the ones in place were missing key conversations.  Also, it is not known how many “black ops” crews are being run by the CIA inside the United States in violation of their charter or if their operations are being limited to spying on Democratic lawmakers or if operations of a more threatening nature have been performed but remain undiscovered.

Additionally, as this was a covert op against  US government investigations of, not only terrorism and terrorism funding but major financial crimes against the United States, it is unclear who the recipient of the “product,” an intelligence industry term for “output” or information put up for “distribution” might be.  Potential buyers could be the Republican Party, Israel, Turkey, India, Russia, China, Venezuela, North Korea or financial institutions involved in massive money laundering schemes being investigated by the Senate’s Committee on Homeland Security of which Senator Landireu is a member.

Learn how the Intelliegence Community Center for Academic Excellence (IC CAE) at Georgetown University and the CIA got involved in this seedy domestic “black ops” group.  In a story broken this week:

Dai’s links to the intelligence community appear to be particularly strong. He was a speaker at Georgetown University’s Central Intelligence Agency summer school program in June 2009, and is also listed as an Assistant Director at the Intelligence Community Center of Academic Excellence at Trinity in D.C. (note the parallels between the Georgetown program tied to “conservative think tanks” and the GWU program with similar ties and the same characters where we trace Dr. Hasan, Ft Hood mass murderer to)

The university’s president Patricia McGuire told The Associated Press that it promoted careers in intelligence but denied that it trains students to be spies.  (a seemingly meaningless statement considering what has happened)

The Trinity program received a “$250,000 renewable grant from the U.S. Intelligence Community” upon launching in 2004, according to its Web site. The program’s goals are stated:

The IC CAE in National Security Studies Program was established during 2005 in response to the nation’s increasing need for IC professionals who are educated and trained with the unique knowledge, skills and capabilities to carry out America’s national security objectives.

The CIA summer school packet also notes that Dai “served as the Operations Officer of a Department of Defense irregular warfare fellowship program.”

Dai has been an undergraduate fellow with the Washington-based national security think tank Foundation for the Defense of the Democracies (FDD), according to his College Leadership Program award biography at the Phillips Foundation — as Lindsay Beyerstein first reported.

Operatives recruited in universities and managed thru conservative think tanks receive paid “vacations” to Israel and elsewhere, places where they are trained in silent killing, use of poisons, explosives and other potentially useful skills whether their career is in intelligence or politics.  As with other terrorist suspects such as those who travel to Afghanistan for their training, these domestic types are funded covertly through the US government but, as we see in New Orleans, rented out to either Israel, India or the Republican party.

This history of this program parallels one from the Nixon administration after the Vietnam War.  CIA recruiters subsidized hundreds, perhaps several thousand veterans, Marines, Special Forces and Army Rangers who served in unofficial and semi-official capacities in and out of the US.  Some serve to this day.  Today’s, if current bio’s are any indication, depend more on ideology than physical bravery or intellectual qualifications.  Perhaps the “purity” test left little room for battle hardened veterans who might choose country over party and loyalty over cash.

In a “clarification” of how Israel is involved and sees their cooperation in this domestic terror organization as part of their support of the United States as a trusted ally, we received the following story:

Dai traveled to Israel for two weeks in 2004 on an FDD (Foundation for the Defense of the Democracies, a conservative Washington based “think tank” with CIA ties) -sponsored trip, the Daily Herald reported. “All expenses (room, board and travel) will be assumed by FDD,” FDD’s Web site said of its Israel program.

A host of FDD testimonials from Academic Fellows reveal that many fellows have traveled to Israel for training and field trips. The Foundation says the course includes “lectures by academics, diplomats, military and intelligence officials, and politicians from Israel, Jordan, India, Turkey and the United States.”

FDD proclaims that “Like America, Israel is at the forefront in the war on terrorism.” Further explaining its interest in Israel, FDD declares:

“Both the United States and Israel are democracies, and both face the same enemy. It is this connection between Israel’s experience and the future of the United States that is the essence of the Foundation for the Defense of Democracies.”

“The access which FDD provided to top government officials–and to academic, police, security service, and intelligence experts at the highest levels–was truly remarkable. I know of no other foundation or fellowship program which is able to provide so much top-level access and first-hand intelligence and security service information in so compact a form, or in such an intellectually stimulating environment.”

No explanation was offered as to how this “stimulating environment” managed to foster attacks on high security government offices, filled with vital intelligence.  If Israel and the United States face the same enemy, why is Israel training Americans to attack America?  One can’t help but see parallels between “junkets” to Israel for “intelligence training” and Islamic militants who go to Afghanistan for “terrorist” training.

How few Islamic terrorists would we catch if they were aided by Washington “think tanks,” guided by the Department of Defense or funded by the CIA?

Last week, Veterans Today outlined the many high security projects being monitored from Senator Landrieu’s office which included, not only terrorist money laundering and other security issues but investigations targeting tens of billions of dollars being hidden offshore illegally by Americans, many with ties to Israel.  The projects subject to spying by this CIA/Israeli operation are, among others:  (source:  Department of Homeland Security and the United States Senate)

No information has been given as to how Federal authorities came to break up this terrorist operation but we are told that informants inside the CIA still loyal to the United States were involved.  The arrest of Dai, a highly trained operative blocks away from the scene opens a number of scenarios.

With much of the CIA’s former leadership now employed by Blackwater/Xe, a company owned and controlled by Republican party leadership, the lines between domestic and foreign intelligence operations have become blurred.  “CIA agents” killed in Afghanistan recently may all have been Blackwater/Xe employees, some or all former CIA operatives seeking the higher salaries of the private security industry.  Has the CIA become “interchangable” with a mercenary group tied to a political party and available for hire by anyone with enough money?  The deteriorating security sitiuation in Afghanistan and Pakistan gives creedence to this hypothesis.

The use of forces designated only to be used against American enemies outside the United States against elected officials of our own government, possibly on behalf of an unfriendly foreign government, is a total indictment of the usefulness of our entire intelligence community.  Attempts to centralize intelligence resources only tied those resources to individuals whose political ideologies surpassed loyalty to the United States or were superceded by moral flexibility, so often the case with politicians, now popularly described under the term “situational narcissism.” (believing one’s position places one above any moral code or ethical standard)

This is a common ploy, developed long ago by the KGB in the Soviet Union and now SOP, (Standard Operating Proceedure) for agencies of friend and foe alike.

It is now a subject for a legitimate investigation as are such “accidents” as the Ohio plane crash that killed Mike Connell, GOP “vote rigging” guru who asked for police protection from Karl Rove tied to rigging the 2004 Presidential Election.  Connell’s family believes his death was murder.  US Senators, investigative reporters, whistleblowing scientists, “girlfriends” and so many other categories seem to die in numbers well beyond any actuarial table.

We are already spending billions of dollars a year hunting foreign terrorists that threaten the United States.  Do we need to double this and go on a “witch hunt” within our own agencies, the ones we entrust with our own security?  There is only one answer:  Yes, of course we must.  We may not have a few “bad apples,” we may have a diseased orchard.