Major U.S. news organizations, including the New York Times and the Washington Post, are engaged in a replay of the kind of slanted coverage that paved the way to war in Iraq, only this time regarding Iran.

The treatment of Iran’s election last June, the depictions of President Mahmoud Ahmadinejad and the 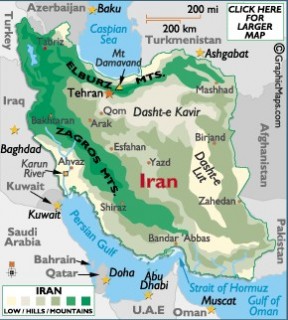 alarm over Iran’s nuclear program all parallel the one-sided coverage that the U.S. news media directed toward Iraqi dictator Saddam Hussein and Iraq’s alleged WMD program before the U.S.-led invasion in 2003.

In both cases, the leading U.S. news outlets took sides; they cast developments in the “enemy” Muslim nation in the harshest possible light; they treated the leaders as unrelentingly evil; they exaggerated the threats (and potential threats) posed by the country’s weaponry, real and imagined.

Without doubt, there were many unsavory aspects to Saddam Hussein as there are with Iran’s Ahmadinejad. However, the U.S. media’s depictions of the two leaders lacked nuance, with only the most extreme and unflattering interpretations of their words and actions allowed.

In short, the Times, the Post and nearly all other U.S. news outlets behaved more like propaganda vehicles than professional journalism organizations.

The anti-Iran bias, like the earlier anti-Iraq bias, is most notable on the editorial and op-ed pages but also pervades the news columns.

For instance, echoing U.S. policymakers, the U.S. news media often warns about the danger from a prospective Iranian nuclear weapon, claiming it would touch off an arms race in the Middle East.

What the news organizations almost never mention is that several countries in the region already have nuclear weapons, including Israel whose undeclared arsenal is considered one of the most sophisticated in the world.

Pakistan developed a nuclear bomb in the 1980s, with the acquiescence of the Reagan administration which saw the bomb as an acceptable tradeoff for Pakistan’s assistance in supplying the Afghan mujahedeen in a covert war against Soviet forces in Afghanistan. [See Consortiumnews.com’s “Reagan’s Bargain/Charlie Wilson’s War.”]

The consistent failure of the Post, the Times and other leading U.S. news organizations to mention this relevant fact denies the American people the necessary context for evaluating Iran’s behavior. Instead, Iran and its purported interest in a nuke are portrayed as the behavior of irrational extremists.

Iran, of course, insists that its nuclear program is for peaceful purposes, not for a bomb. And there is at this point no clear evidence that Iran is lying. Indeed, U.S. intelligence agencies have asserted that Iran abandoned its pursuit of a nuclear warhead design in 2003.