Comprehensive approach to delivering care and benefits to Veterans 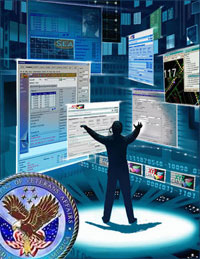 WASHINGTON – Today, Secretary of Veterans Affairs Eric K. Shinseki announced that the department’s Gulf War Veterans’ Illnesses Task Force has nearly completed a comprehensive report that will redefine how VA addresses the pain and suffering of ill Veterans who deployed during the Gulf War in 1990 and 1991.

“At VA, we advocate for Veterans – it is our overarching philosophy and, in time, it will become our culture,” Secretary Shinseki said. “Every day we must challenge our assumptions to serve our Nation’s Veterans.”

The mission of VA’s Gulf War Task Force is to identify gaps in services as well as opportunities to better serve Veterans of the Gulf War.  Of the almost 700,000 service members who deployed to Operation Desert Shield in 1990 and Operation Desert Storm in 1991, there have been 300,000 Gulf War Veterans with claims decisions, over 85 percent were granted service connection for at least one condition, and over 14 percent were not granted service connection for any condition.

“We must learn from the past and take the opportunity to anticipate the future needs of our Veterans,” Shinseki said.  “This new approach is the first step in a still unfolding comprehensive plan of how VA will treat and compensate Veterans of the Gulf War era.”

The chairman of the Gulf War Task Force is John R. Gingrich, Chief of Staff at Veterans Affairs and retired Army officer who served during the Gulf War.  “Reaching out to Gulf War Veterans is not only essential to our transformation of VA, for many of us it is also personal,” said Mr. Gingrich.  “Having commanded troops in Gulf War, and then witness some of them fall to mysterious illnesses has been very difficult to watch. With this Task Force, I am hopeful we can provide these men and women a better quality of life.”