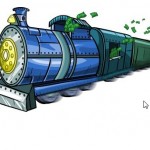 Sandwiched in a region of gas, oil, copper and coal are two nations, Afghanistan and Pakistan, locked in a death struggle.  Every American isn’t ready to learn about British colonialism, the Russian occupation, not that many years ago or the mistakes of the past.  We are making our own every day.  War has become a sport, not for the men and women fighting but for endless contractors from, not only America, but around the world, rushing into the region, buying their way onto the “money train of war.”

There is a real war going on.  There is no doubt about that.  Nobody is entirely sure why or if America’s efforts are helping or hurting.  None of the hard questions are being asked.  We picked a side, as usual, a corrupt and hated ally and, from then on, we learn nothing.  We only listen to voices telling us our mistakes were correct; welcome to the world of “military thinking.”  Add over a hundred thousand “civilian contractors,” nobody knows the real number along with thousands of spies, thieves and con-men and you have Afghanistan and its sprawling capital of Kabul.

Hidden away with the criminal elements and terrorists in uniforms, suits and “local garb” are a faithful few trying to build a nation and simply do the right things.  Some of them are Americans.  Forgive me, but even our State Department’s USAID workers are starting to learn and some of them are doing an outstanding job.  However, those who would make the most difference will never be funded, never stand a chance.  Kabul is run by a Mafia, an international criminal element that ties American funding to criminal gangs who, using “government influence” peddle “development contracts” like selling crack or meth on a street corner.

Need a new well?  The American people will pay a million to have it dug.  The contract will be awarded to a criminal gang in Kabul who will sell it to a crooked contractor.  The contract itself will go thru a dozen hands, each skimming more off the top.

In the end, you will end up digging the well yourself with a sharp stick.  Welcome to Afghanistan.

In a country where the idea winning a war has been proven insane for centuries, America finds herself driven to use the world’s most powerful military against scattered and disorganized tribes with no real leadership while lying continually about the nature of everything.  Why would the United States lie?  Would it be because there are no real leaders, no Osama, long dead, and the others, minor leaders, some with less actual support than President Karzai himself.

The “organized, well trained and highly armed” enemy we are fighting are tribesmen with no real leaders, no organization and no politics.  Some have never seen a Koran.  Many are bandits, some simple tribemen.  None are who we say they are.  Even an idiot will notice the new Indian Army issue weapons carried in Afghanistan.  Don’t ask how they got there.

At times, Karzai is rumored to lose control of his own household staff.  He used to be called, jokingly, “the mayor of Kabul.”   Now, dozens of new “Mafia Don’s” control Kabul.  Maybe they will form a Jirga of their own, appoint a “Don Corleone” or “John Gotti”  and begin ruling as an official kleptocracy like the United States.

“Rear eschelon” corruption, black markets and the “behind the war” party circuit, visiting politicians, journalists (guilty) and Pentagon jokesters have been around a long time.  Their stench must still pollute Vietnam.  They were thicker than maggots on a rotting corpse there. (not guilty)

The neocon concept of “privatization” has taken the corruption of Saigon and DaNang and added the “Baghdad shuffle.”  Kabul will be the perfection of this, a war where 99% of funding is stolen, where policy is made by criminal elements from Washington DC, Tel Aviv, London, Stuttgart, Toronto, Mumbai, everywhere but on the ground and by the right people.

If it isn’t nailed down, steal it or bill the Pentagon “cost plus” for it.

The problem with dragging, not only America’s vast infrastructure of corruption to Kabul (and Islamabad) is that this really is a war.  The old habits of the Bush administration, if you need an excuse to do something wrong, hire a liar, hire a publicist and stay “on message” hasn’t ended.  Thieves bled America dry in Iraq.  How many times can we say it, $295 billion dollars were stolen, officially.  3 times that was stolen unofficially, almost all of it thru private contractors.

Can you imagine the United States Army paying $1000 a day for a security guard from Ethiopia who can’t read, has no shoes and is being paid $30 a month?  More money in the US budget went for things like this than for education last year.  How did security work out for us?  Car bombers drove thru Iraq and “private” checkpoints hundreds of times, killing  thousands.  Security is a dream, a dream when our own policies and the billions we spend help build terrorism, ignorance and extremism.

We are doing even worse in Afghanistan.  Pakistan if fighting for its life.  It trusted America but America decided it, by “it” I mean the real America, the thieves, could make more money with India.  India, our new “partner” in the region is profiting massively on our war.  So, America is loading India with weapons, “Iran-Contra” style, peddled thru Israel.  What is our long term goal?  Is there one?

The lobbyists of Washington, defense, Israel/AIPAC  and the new Indian lobby are about business.  The type of business we aren’t so open about.  We trade American lives, the security of Afghanistan and Pakistan for a sea of debt, massive profits for Israel and India and permanent war in Asia.

What does America stand to lose?

Does “honor” count?  How about this, if you thought our economy collapsed before, how do you think we are financing all of this?  How long will China keep backing America by buying up our endless debt.  The writing is on the wall on this one, nobody wants to finance American anymore, not China, not Russia, not Saudi Arabia, not Germany, nobody.

Its about oligarchies, stupid!  Do you really think the money that “disappears” doesn’t magically reappear?  What do you think a “bailout” is?  Its all the same game, war profiteering, gasoline price fixing, foreign lobbys buying and selling our government and directing our foreign policy for their own means.  The folks living in the gated communites don’t care, they are still drowning in cash.

They don’t see homeless veterans or your kids leaving college for lack of tuition.  They never did but they were never in total control before, they didn’t control our news, they didn’t own all the government before.  What have we made?

Can America still call itself a democracy when it can go to war simply because a few corporations think its a good idea?  We all suspect it.  We know those corporations, you know the ones, along with our oh so very good and loyal friends in Israel, the ones who write our news, the ones who 90% of Congress bows to, the ones who could care if we all burned in hell, need us broke, stupid and sending generations of our children to war.

You can see it all in the sprawl of Kabul, the honest and good, the decent and the foul.  When thousands of decisions are made that can only indicate one thing, the utter corruption of everything we touch, infected with lies, payoffs, it is easy to see, easy to understand why wars go on so long.

We know what we are doing, we simply don’t care.  Too much money is being made.

Perhaps I could invent a cheaper way of rigging elections or processing opium into heroin.  I could join the money train too.