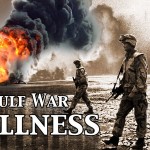 This amount is going along with the historical record of 5-10 million annually since the initial $5 million that started the first appropriation to the DOD CDMRP Gulf War Illness Research by the efforts of US Representative Dennis Kucinick and US Senator Bernie Sanders in 2005.  Supporters have included in the past US Representative Obey and US Senator Robert Byrd(deceased).  We are grateful but we continue to push all that this is a critical issue and needs more funding!  Please email and write your US Representative, Senator, President, and media contacts at every opportunity you have.

This is the measure that is currently being worked at the US Senate and US House.  So you must speak up now and be heard and get your US Representatives and Senators more educated, informed, and have your voice heard in phone calls, emails, faxes, all modes of communication.  This is not a done deal yet!  DO not give in, do not surrender, do not give up EVER!  This is a yearly appropriations and authorization issue.  WE need each and every gulf war veteran, veteran advocates, veteran family members and friends, and all concerned to join the battle for health answers, diagnosis, treatment, and appropriate compensation for the ill gulf war veterans that have been battling this for 20 years.

In November 2008 the VA RAC GWI recommended “urges the federal government to allocate no less than 60 million annually in the federal budget for federal Gulf War illness research programs.  This is consistent with annual funding levels committed for federal Gulf War research between 1999 and 2001, adjusted for inflation.  Their recommendation was that the amount to be a minimum of $40 million annually to the DOD CDMRP” and was very specifically targeted on page 309 of the November 2008 Report from the VA RAC GWI.  The full report ran 450 pages and should be read by every Gulf War Veteran, US Representative, US Senator, The President, the Secretary of the VA and all of the health care providers of the VA, every medical research and physician in America and the world .  Every citizen and every veteran advocate should be active for voicing and writing their concerns to the legislators in DC.

When a force of roughly 657,000 served directly in Gulf War 1990-91(Desert Storm) and at a minimum one in four of those have reported significantly ill and have sought help at the VA this is astonishing that the media has not stayed on this story because the veterans deserve no less!

The civilians that suffer Chronic Fatigue/ME  activities are standing up despite their illnesses demanding finally that effort and attention is needed now nationally and internationally.  Just recently an advertisement was published in the Washington Post that spoke directly to the need for attention to be paid now.  In the past year plus, research has been published in a flurry of scientific peer reviewed journals concerning a new retrovirus ie XMRV and multiple national and international scientific research meetings and seminars has occurred in an historical landmark effort.  The numbers that are ill both civilian and veterans that have not been adequately addressed on their health issues will continue to grow.

The world learned to slowly in the AIDS fiasco and the history of Agent Orange, atomic veterans, and downwinders is still recent history.  What does it take to hear clearly an Urgent Medical Issue that begs and pleads for attention?  It is up to each of us to do all we can NOW and not to let our guard down.