As The Electronic Intifada reported in November, international solidarity and anti-war activists are facing a new wave of repression in the United States. … In June, an ACLU report documented 100 recent reported incidents in 33 states where “Americans have been put under surveillance or harassed” by federal and local law enforcement agencies “just for deciding to organize, march, protest, espouse unusual viewpoints and engage in normal, innocuous behaviors such as writing notes or taking photographs in public”

Since 24 September, two dozen activists in Minneapolis, Chicago and other cities across the country have been handed subpoenas by the FBI to appear before a grand jury.

Yesterday [December 21], Maureen Clare Murphy, an organizer with the Palestine Solidarity Group in Chicago, and managing editor of The Electronic Intifada, became one of the latest to be subpoenaed by the federal government.

In a press release issued by the Committee to Stop FBI Repression, Murphy stated, “Along with several others, I am being summoned to appear before the Grand Jury on Tuesday, January 25th, in the Dirksen Federal Building in Chicago. We are being targeted for the work we do to end US funding of the Israeli occupation, ending the war in Afghanistan and ending the occupation of Iraq. What is at stake for all of us is our right to dissent and organize to change harmful US foreign policy” (“FBI delivers subpoenas to four more anti-war, solidarity activists,” 21 December 2010).

So far, all those who have previously been summoned have refused to appear before the grand jury. No one has been arrested or charged with any crime, nor has the government specified any alleged crimes that it might be investigating.

Americans such as Maureen Clare Murphy, an organizer with the Palestine Solidarity Group, will not suffer the same fate as Rachel Corrie—bruatally mudered by Israel in the occupied terrories in 2003. Instead, the U.S. Dept. Justice is being employed in the manner of a banana republic. Veterans Today asks: Will President Obama do his “best of my ability, preserve, protect, and defend the Constitution of the United States.” 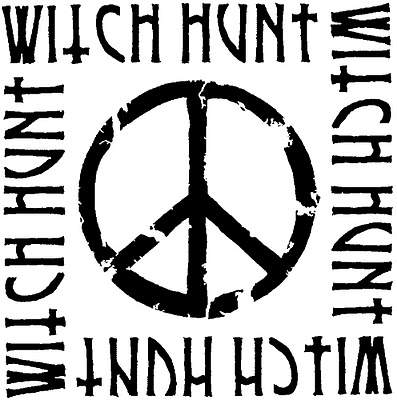 Although The Electronic Intifada itself has not been a target of any of the subpoenas — contrary to some media reports — we consider the grand jury investigation and all of the subpoenas to be part of a broad attack on the anti-war and Palestine solidarity movements and a threat to all of our rights. We offer our full support to our colleague Maureen Clare Murphy and all those who are being harassed for their lawful advocacy of a just and violence-free US foreign policy.

A grand jury, no longer in use anywhere outside the US, is an investigative tool that allows the government to compel citizens to testify even if they are not suspected of any crime. In this case, as has happened many times in past decades, according to lawyers and experts interviewed by The Electronic Intifada in November, the government appears to be using the grand jury as a form of political inquisition and intelligence gathering targeting groups and individuals working for ending war, and for a more just US foreign policy in Palestine, Afghanistan, Iraq and Colombia.

The ACLU pointed out that “United States law enforcement agencies, from the FBI to local police, have a long history of spying on American citizens and infiltrating or otherwise obstructing political activist groups,” and that “Unfortunately, it appears that these old tendencies have once again come to the fore.”

For its part, the FBI unsurprisingly claims that all its activities fall under its duty to protect the United States from terrorism, but recent history demonstrates that a large dose of skepticism is in order. Also in September, the FBI’s own Office of the Inspector General (OIG) — its internal auditor — issued a report severely criticizing the agency for spying on and misleading Congress about the reasons it was spying on anti-war and environmental activists (“A Review of the FBI’s Investigations of Certain Domestic Advocacy Groups” [PDF]). In one case, contrary to claims by the FBI, the OIG uncovered documents that the agency targeted the Thomas Merton Center — an anti-war group in Pittsburgh — “as a result of its anti-war views.”Tension grows between Calif. Muslims, FBI after informant infiltrates mosque,” 5 December 2010).

In other cases, FBI agents monitored anti-war rallies and took note of participants who appeared to be “of Middle Eastern descent.” An agent labeled a group as “communistic” in a context “in which that characterization was irrelevant to a law enforcement purpose.” Most disturbingly, the OIG found that the FBI baselessly classified investigations into activists with Greenpeace USA and The Catholic Worker among others as “terrorism” investigations.

The OIG stressed that the findings in its report about incidents dating back to 2006 are “relevant to current and prospective FBI investigations that may implicate First Amendment considerations” and called on the FBI to reform its practices.

The ongoing government campaign against anti-war activists is a stark reminder of the unabated deterioration of civil liberties and political rights in the United States. These developments admonish us to remember that the last protection for our ability to work freely for an end to the wars in Iraq, Afghanistan or Colombia, for an end to US military aid to Israel and for justice and peace in Palestine, is the solidarity we offer each other by exercising those rights before they are taken away.

We call on all our readers and friends to remain informed and to make their voices heard against this outrageous witch hunt which threatens not merely a few dozen individuals, but the rights every one of us has to work for a more peaceful world.