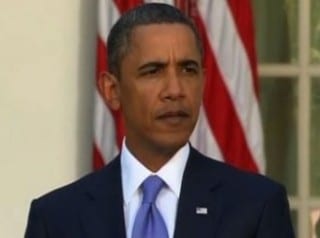 Would the isolation of America persuade Obama not to veto?

Despite strong U.S. opposition, a proposed resolution condemning Israeli settlements on the occupied West Bank did make it to the UN Security Council. It was not put to a vote and no vote is expected for some time, if ever, because of the probability as things stand of an American veto. But given growing global support for the resolution, there is a case for wondering if President Obama can remain Zionist-like in his own implicit defiance of international law on Israel’s behalf.

Introduced by Lebanon, the resolution states that “Israeli settlements established in the Palestinian territory occupied since 1967, including East Jerusalem, are illegal and constitute a major obstacle to the achievement of a just, lasting and comprehensive peace.” And it demands that Israel cease “immediately and completely” not only all settlement construction in the occupied territory including East Jerusalem, but also “all other measures aimed at altering the demographic composition, character and status of the Territory, in violation of international humanitarian law and relevant resolutions.”

Washington had hoped that signalling its opposition to the proposed resolution would be enough to cause its Palestinian and other Arab sponsors to back away from taking it to the Security Council. Deputy American UN Ambassador Rosemary DiCarlo said the U.S. opposed bringing the settlement issue to the Council “because such action moves us no closer to a goal of a negotiated final settlement and could even undermine progress towards it.” She also said the Security Council should not be the forum for resolving the issues at the heart of the Israel/Palestine conflict. In my view that has to be among the most ridiculous statements any diplomat has ever made in any place at any time.

When the Arab sponsors discovered that they do have testicles and refused to be intimidated by Uncle Sam, the result was a huge embarrassment for Obama because, as noted by Tony Karon in an article for Time, the resolution’s substance “largely echoes the Administration’s own stated positions.” In Ha’aretz under the headline Settlements issue isn’t Israel’s problem, it’s Obama’s, Natasha Mozgovaya was more explicit. The resolution has put Washington “in the awkward position of having to veto a resolution it absolutely agrees with.”

That was why a number of former senior U.S. diplomats and officials wrote to Obama urging him to support the resolution. They included former Reagan Defense Secretary Frank Carlucci, and former Assistant Secretaries of State Thomas Pickering and James Dobbins. They said the resolution is not incompatible with negotiating an end to the conflict and does not deviate from the U.S. commitment to Israel’s security. They added:

“The proposed resolution is consistent with existing and established U.S. policies, deploying a veto would severely undermine U.S. credibility and interests, placing us firmly outside of the international consensus, and further diminishing our ability to mediate this conflict.”

How far outside the international consensus the U.S. already is on account of its unconditional support for Israel right or wrong was demonstrated by the fact that the resolution attracted the support of 120 nations. Diplomats were certain that the U.S. was the only one of the five permanent members on the 15-country Security Council with veto power that would have vetoed if the resolution had been put to a vote when it was introduced. In other words, without a U.S. veto it would have passed. That would have more or less confirmed Israel’s pariah status in much of the world and just might have been a game-changer.

In contrast to the Zionist lobby in America which has naturally been urging – ordering? – Obama to veto, J Street, the “dovish” Jewish advocacy group which is pro-Israel and more or less anti-AIPAC, is among those who understand that a veto would not be in America’s own best interests. Or Israel’s, despite what its deluded leaders assert to the contrary. In a statement J Street said:

“As a pro-Israel organization and as Americans, we advocate for what we believe to be in the long-term interests of the state of Israel and of the United States… Ongoing settlement expansion runs counter to the interests of both countries and against commitments Israel itself has made,.. While we hope never to see the state of Israel publicly taken to task by the United Nations, we cannot support a U.S. veto of a Resolution that closely tracks long-standing American policy and that appropriately condemns Israeli settlement policy.”

Because J Street almost certainly speaks for far more silent and troubled American Jews than AIPAC does, that’s quite an important statement.

The advocacy group Americans for Peace Now was more explicit in its message to Obama. It not only urged him to avoid vetoing the resolution, it also said this:

“It is indefensible that the Netanyahu government, heedless of the damage settlement activity does to Israel’s own interests and indifferent to the Obama Administration’s peace efforts, has not only refused to halt settlement activity but has opened the floodgates, including in the most sensitive areas of East Jerusalem. In this context, the move by the United Nations Security Council to censure Israel’s settlement activity should surprise no one… Vetoing this resolution would conflict with four decades of U.S. policy. It would contribute to the dangerously naive view that Israeli settlement policies do no lasting harm to Israel. And it would send a message to the world that the U.S. is not only acquiescing to Israel’s actions, but is implicitly supporting them.”

It might well have been their fear of a Tunisian domino effect that helped to embolden the regimes of the sponsoring Arab states to defy a U.S. administration on this occasion. Their challenge to America’s unconditional support for Israel was, as Tony Karon noted, “a low-cost gesture that will play well on the restive street.” At least for a while, I add. (The truth about the Arab street is that for the past 40 years very many people on it have been humiliated and angered not only by Israel’s arrogance of power and American support for it, but also by the complete failure of their own governments to use the leverage they do have to put real pressure on the U.S. to oblige Israel to end its occupation of all the Arab territory it grabbed in 1967).

If the sponsoring Arab regimes have the will to keep the heat on Washington over the resolution and insist that there must be a vote on it at some point in the not too distant future, and if the number of nations who support the resolution stays firm and better still increases, crunch time for Obama on the Israel-Palestine conflict will arrive.

If and when it does he will have three options: to veto; to order America’s vote in the Security Council to be cast for the resolution; or to abstain. An American abstention would have the same practical effect as a “Yes” vote – the resolution would be passed.

A veto would protect Obama from the wrath of the Zionist lobby and its stooges in Congress. But it would also propel America further down the road to isolation, perhaps to the point where, like Israel, it was regarded as a pariah state by much of the world. Can Obama or any American president really afford that?

But an American vote for the resolution or even an abstention would, of course, put Obama into head-on confrontation with the Zionist lobby. Could he come out of it a winner (and, some will add, remain alive)?

My crystal ball doesn’t tell me the answer, but it does indicate how he could be the first American president to break the Zionist lobby’s stranglehold on America policy for the Middle East. If he went over the heads of Congress and used his rhetorical skill to explain to his people why it is not in America’s own best interests to go on supporting Israel right or wrong, there’s a chance that he could win the argument. Americans are not stupid. What they are, most of them, is extremely gullible because of the way they have been mis-informed, lied to, by a mainstream media which, for a number of reasons, is content to peddle Zionist propaganda.

It’s your call, Mr. President. The fate of the region (the Middle East) and quite possibly the whole world will be determined by it.

If the U.S. endorses the Whitewash Israeli inquiry into Israel’s deadly attack on the Free Gaza Flotilla last May, we’ll know that the prospects of Obama putting America’s own interest first at crunch time are very, very remote, to say the least.