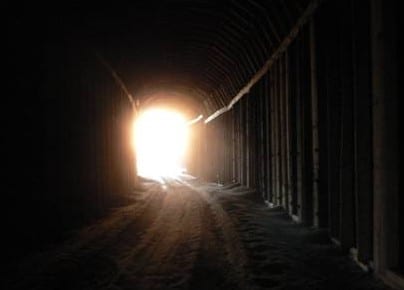 WE WARNED YOU, WE SAW IT COMING…

Right off the bat, I want to make myself clear, this is about American military veterans, the “heroes” that got all that “flag waving” when they were marched off to Afghanistan and Iraq, and 25 other countries we don’t admit to, for the past decade.

Americans, after the last election, found their “conservative” center again, part “Tea Party” and part Zionist/Neocon humbug.  The victims, as always, are America’s veterans, no longer heroes but, as we are now being told by our new Republican legislature, through its filth spewing cabal of neocon/nutcase “think tanks,” in this case, the Heritage Foundation and the American Enterprise Institute, that America’s veterans are a pack of “losers, whiners and welfare cheats.”

Helping our “right thinking” members of congress every step of the way are the major service organizations , organizations now screaming that they have been betrayed by the chiseling psychopaths that they put into office.  You know who you are, the American Legion, the VFW and, worst of all, the National Rifle Association, not a veterans group but a group of carnival clowns who “shill” for Wall Street by subjecting dull witted gun owners to childish scare tactics.  Shame on all of you!

Americas debt stands at 15 trillion dollars, all but less than one trillion run up during the “Reaganomic” years of tax cuts to the rich, giveaways to the bankers and America’s decline into third world debtor status, a petty police state with phony elections, a controlled press and a military of economic hostages fighting wars for Israel while doped up on anti-depressants and mood stabilizers.  Why mince words.  This is the simple truth, deal with it.

We couldn’t pour trillions of our counterfeit Federal Reserve dollars into the hands of this pack of thieves quickly enough and we aren’t done, not by a long shot. They get billions more each day.

To pay for it, our good friends, our super-patriotic good friends, advised by their “right thinking” experts and backed by Israel’s control of our media, is planning to cut and eventually eliminate entirely all services to the 25 million families in the United States that make up our veterans community.

It is bad enough that they, and there really is a “they,” have bankrupted America and killed thousands here, 9/11  our butchered troops, the millions around the world starved, displaced or “Playstationed” to death, now, as we predicted before the election, it is time to turn on America’s veterans.

“They” have shifted in high gear and have the full and total support of, of all things, many of the new “tame” veterans who have been elected to office.  We warned you about that too.  We told you most of them were spineless opportunists who sold out for a quick buck.

I don’t enjoy being right, not when it means there is going to be so much suffering.  Being right is worthless, at least in America it is.

When President Obama was elected, by a large enough margin that the Supreme Court couldn’t step in and overthrow the election, though they have discussed it many times, political opponents declared his election “illegitimate.”

Wild stories spread by conspiracy theorists working for the media, OK, we can really call it Zionist controlled and accept a truth that is inexorable, we are talking Fox, Murdoch, Hannity and the gang, pushed an agenda to convince our military to rebel against the government.

Some tried, claiming they didn’t have to serve because “TV commentators” told them the President was an illegal alien.  Does this sound like sedition or maybe treason? Funny how patriots can change hats when orders from above arrive.

Now America is in the process of breaking every promise it has ever made to those who have, maybe not always defended America, not a country whose government is a slave to special interest, organized crime and “other” foreign loyalties, but have given and sacrificed more than anyone can imagine.  We have allowed another generation of Americans to be destroyed and now, now that they are down, we are going to help the rich and powerful kick them to death because a few “right thinking” TV commentators were ordered to tell us…tell us to COMPLY.

Our new crop of Americans seems to love to “comply” when it involves hating and blaming, especially if the victims are veterans.  Americans love to blame vets, “baby killers, rapists and torturers.” Been watching the news?

When Congressman Ron Paul, a little over a week ago, gave evidence into the Congressional Record proving, finally and for all, that the Gulf War, yes, that first Gulf War, the “clean war,” was a scam…

…a scam…now supported by real proof that Bush authorized Saddam to invade Kuwait, one of the few decent pieces of information confirmed by a leaked cable from Mr. Julian Assange, all moral authority America has to send men and women to their deaths came into doubt. (link to testimony and secret State Department cable)

WHAT THEY ARE SUGGESTING AS A START

This has nothing to do with liberal and conservative.  It certainly has nothing to do with the ‘Tea Party.”  It dissolved the second it reached Washington and committee assignments and payoffs were negotiated.  “Keep your mouth shut, do what you are told, and “corporate payoffs,” in reality, laundered drug money from Afghanistan, will keep you and your family safe and warm for a lifetime.

“Welcome  to the family.”

The first move, put into play by Michelle Bachmann, a notorious flake and “know nothing,” partner to Sarah Palin, her virtual shadow without the “attack dog” jaws, is to gut payments to America’s disabled veterans.

When President Obama came into office, there were 1 million veterans whose disability applications were in processing, many, not some, but many for as long as 25 years.

Send mail to the Department of Veterans Affairs and they shred it, burn it or hide it and then blame you for not having responded.  If you complain enough, they investigate you.  Complaining too loudly has sent many veterans to prison on trumped up charges.

Most veterans who file for disability have never been able to survive processing.  They died first.  With medical appointments for serious illnesses taking between 1 and 3 years, claims processing, all initial denials and a hopeless appeals procedure, usually took over 5 years.

Few disabled veterans could handle the stress of the claims process and most simply gave up.  Veterans are easy targets, like shooting fish in a barrel.

Medical care in many facilities goes the same way.  Taking into account the wonderful employees at the VA, something I actually believe and am not just saying to sound like I am being “fair,” there are many, very many, a proud “many,” who are clearly tasked with, not only denying care but abusing veterans and convincing them to avoid all medical care entirely.

The number of veterans who have left VA medical facilities because of unpleasant treatment by VA employees is incalculable.

Incidents of abuse of veterans at government facilities run by the Department of Veterans Affairs run into the millions.  Good employees are terrorized and forced to work in an environment often akin to a concentration camp.

Bad as things are, and despite some improvements under Secretary Shinseki, congress is now planning to gut funding for medical care, gut payments for disability compensation for the few who survived the process and throw the savings into a fund for wild parties, drugs and prostitutes.

OK, was this last statement a bit too far?  Haven’t you been reading the papers for the past decade?  This is exactly where the money is going, why not tell the truth for a change.