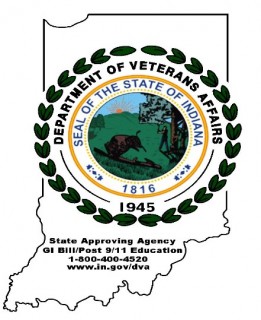 I am originally from Clinton County and still have a small farm there.

This may or may not shock you, but I have detected a smell of major corruption at the Federal Bldg. VA Office.

Following 9-11 I was promoted to be the Ass’t Director of Intel and Emerging Threats for all US air carriers and prior to that I was the head of Security for a major air carrier (top 5).

When we moved back to Indianapolis from Charleston, SC the VA here could not find any of my permanent military records until WTHR Channel 13 found nearly 60 inches of them via a FOIA request from the Pentagon.

I am behind you 100% on this issue and you need to raise the flags on this and stand the line!!!

As a Air Force Reservist having flown nearly 8,029 hours we did not have any medical insurance until you retired at age 60.  Following Desert Storm our men and women began to fall over and begin to die from many cancerous type symptoms (many without benefits). I am sure you remember Congressman Steve Buyer who graduated from the Citadel at Charleston. Steve Buyer was personal friends withUS Senator Lindsey Graham and Gov. Mark Sanford. Both Graham and Sanford belonged to my AF Reserve unit.

The VA here in Indiana at the Regional Office has no unearthly clue in what a Ready Associate Reservist does within the US Air Force. Our CHS AFB SC unit is ready for 100% mobilization within 24 hours of any worldwide contingency unlike the National Guard.

This is quite surprising since General Bob Nestor was the previous commander of the Reserve Officers Association and is from Indianapolis.

If the Legion and the VFW could get the VA here in Indy to pay the retroactive monies due to thousands of disabled combat Veterans just here in Indiana would be a start.

A friend of ours who is on active duty (USMC) from the west coast was sent here to Indy for treatment (to be with his family) at the VA Hospital, only be told that they don’t have enough chemo fluid to treat those with Leukemia. This just happened three weeks ago here at Indianapolis.  This problem alone should send chills through your body of what is being allowed to happenat our own VA Hospital.  Sincerely, Stephen Avery  (MOAA, ROA, Legion & VFW)

I am writing this email to you to make you aware of several things I believe that you may be unaware of regarding certain combat Veterans who have very little benefits if any due to an unusual occurrence that took place during Desert Storm.  This letter and email is in response to your actions below:

Indianapolis – In a straight party line vote, the Republican members of the Indiana Senate Appropriations Committee voted to drastically reduce the long standing Indiana veterans benefit commonly referred to as “remission of fees”. This state benefit, since 1935, has provided state college tuition to the children of service connected disabled veterans living in Indiana. SB 577, authored by Senator Luke Kenley from Noblesville, is the bill, a portion of which, makes the cuts. The American Legion, Veterans of Foreign Wars, AMVETS and the Disabled American Veterans as well as other veteran representatives testified before the committee that to cut this benefit in a time of war and with thousands of Indiana Guard and Reserve troops returning home from combat every month, is unthinkable. In spite of the warnings from the veterans’ groups, all of the Republican members of the committee voted to move forward with the legislation. The four Democrats on the committee voiced concerns similar to those raised by the veterans and all voted no. A companion bill asking for many of the same cuts is being authored in the Indiana House by Rep. Tom Dermody, Republican from LaPorte.

Our Air Force Reserve flying squadron now has a 60% death rate due to Desert Storm and currently we have 20 more terminally ill.

Our Air Force Reserve Aero. Med. unit now has a 90% death rate due to Desert Storm.

My former F-111F flying squadron has a 90% death rate due to Desert Storm.

This has all been covered up by several ranking officers within the military and others in ranking political positions (past and present) in Washington and right here in Indiana. I am sure you know some of those involved on a personal level.

I wasn’t promoted to general like many that were because I would not lie and go along with the cover-up.

Now some of the generals that went along with the cover-up and their messengers are very ill and or now dying due to this same exposure.

Our unit was exposed to: Sarin Gas/BZ Gas, Depleted Uranium, gallons of recalled and now banned DOD pesticides and radiation exposures from various emitters within our fighter and transport jets.

Many of our children had birth defects following our return from just one mission or more.

It has been determined that most of this exposure happened just at two bases..one on the Iraqi border and the other at Ramstein AB, Germany.

The VA still owes me nearly $40,000 in retroactive monies and has gone out of their way to destroy and or cover-up what has happened right here in Indianapolis.

Currently I receive nearly 1,000 emails every two weeks from Veterans asking for help. They are not asking their senators and or congressmen for help since they have realized that many of our United States elected officials are as corrupt as those involved in the initial cover-up of our units exposure.

Many of the VFW and Legion service officers are unfamiliar with what happened in Desert Storm, because many are still over whelmed with just fighting for the Vietnam Vets benefits among many others.

A major US Air Force IG investigation was held upon the request of other ranking US Senator’s and US Congressmen who are not from Indiana nor South Carolina. This report is over 1,000 pages in length and was earlier marked classified (many of the pages are still blacked out in their entirety).

Channel 13 did 4 reports (Investigative reports) just about my unit that I flew out of at CHS AFB SC who had many native son’s from Indiana serving for many years in this AF Reserve unit.

I am not sure where you are going with the elimination and or reductions of certain VA benefits even though it appears that you served briefly in the Vietnam War.

Personally, I think that you need to put an end to the arrogant expenditures of our tax money in areas such as Carmel and Fishers in the construction of round-d-bouts, palace like opera halls and get the chuck holes, sinking man hole covers and crime wave under control vs. attacking the Veterans who went off to war and came back to face many personal problems.

Currently those within our Air Force flying and medical unit’s are dying from: Brain Tumors (cluster’s), brain cancers, Leukemia, and or ALS/MS

MANY OF THOSE IN OUR FLYING UNIT WERE NOT MOBILIZED AND RETURNED TO DIE WITHOUT ANY MEDICAL AND OR VA BENEFITS.

My records were destroyed intentionally by the IG, OSI and others involved in the cover-up and now look what they came up with: 2 ft and 6 inches of double sided official military documents

It appears the government is making amends and taking steps to stop vets from getting lost in the system.

We (the Avery family) were forced to withdraw 99% of our IRA and 401k monies to pay for various medical bills since my airline that I earlier worked for at the time …..

You may not even know about this, but many airline crews flew in the military CRAF (Civil Reserve Air Fleet) during Desert Storm into the AOR (Area of Responsibility) and are dying as well many with no benefits depending which airline they earlier work for.

I am not sure that this is 100% accurate, but this type of event described below took millions of dollars from our tax money to fund her private airline.