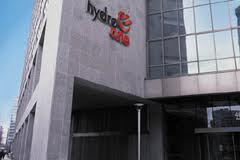 Niagara Falls residents who want to know if hydro workers sprayed Agent Orange on the city’s power-line corridors will be able to get answers from the provincial panel when it releases its findings, said a Hydro One spokesman.

Daffyd Roderick, a spokesperson for Hydro One, said Wednesday the power utility had no specific information to release publicly about Agent Orange usage in Niagara Falls.

Instead, Hydro One would turn over any and all Agent Orange-related records to the provincial panel tasked with investigating the herbicide’s usage in Ontario.

The expert panel, led by Dr. Leonard Ritter, was given 18 months to report back by Ministry of Natural Resources Minister Linda Jeffrey when it was formed earlier this month.

“Right now, Hydro One is cooperating fully with the government of Ontario’s efforts to fully understand the use of this herbicide by the former Ontario Hydro,” Roderick said.

Niagara Falls residents like Tammy Teal, 46, who grew up in Chippawa and lived in a house on Gunning Dr. near a hydro corridor, want answers.

Teal said that she as well as at least five other people from her former neighbourhood have been diagnosed with cancer over the years. Her mother also died at 54 of multiple myeloma.

“I’ve been saying all along, for me living under the power lines, that’s why the whole neighbourhood had cancer,” Teal said.

At Monday night’s city council meeting, council voted to have city staff look into all possible historical uses of Agent Orange in the city.

Mayor Jim Diodati said Tuesday he suspects that areas of the city were “probably” sprayed by Agent Orange in the past.

Diodati and other councilors want to know if there’s a link between the toxic herbicide and higher rates of certain cancers in Niagara.

“I can say that the defoliant we used was called Brush Kill and it was first used by the former Ontario Hydro in 1950, when the product was accepted practice at the time. Many companies used it. Ontario Hydro stopped using the product in 1979, although it was not yet prohibited,” Roderick said.