Home World JStreet or no JStreet, American Jewish leadership is obstacle to peace. 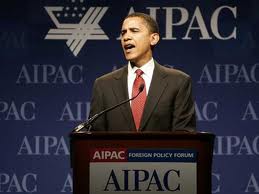 Not taking away from the courageous efforts of JStreet in challenging AIPAC and the well-entrenched American Jewish leadership that has always been consistently anti-peace and pro-war, JStreet has a long way to go. The American Jewish leadership has been the main obstacle to any meaningful Middle East peace. Its undue if not toxic influence on the White House, the State Department and Congress is the real obstacle to solving the Arab/Palestinian-Israeli conflict. Without the main stream American Jewish leadership and to a great extent, the American Jewish community, changing its mind and becoming pro-peace, there will never be peace. No sitting US president will ever have the courage to stand up against such powerful lobby and will never be able to face Congress. The US, Israel, the Palestinians, the Arabs, the Middle East even Iran will always be hostage to such toxic influence. Let us not kid ourselves about the US as an “honest broker”. It is not honest and it is not a broker.

I always took the view that peace will never come while the US Jewish leadership of such organizations as AIPAC, B’nai B’rith, Anti-Defamation League, Zionist Organization of America, American Jewish Congress, American Enterprise Institute, Heritage Foundation, Washington Institute for Near East Policy, the many “Israeli” shops in Washington and the many ‘self proclaimed terrorist experts” the US will never be able to break away from the choaking hold these organizations and leadership have on US policy in the Middle East, notwithstanding the much lip service paid by this president and his predecessors.

Israel at war, Israel in conflict, Israel in danger, is what keep these organizations and leadership going, thriving on the hundreds of millions raised every year from the very well to do American Jewish community, a community that has real and honest concerns for the well being of Israel and its Jewish citizens. The emotional blackmail, the financial power and the political power it buys what keeps the conflict going, stifling real and honest debate. Every one knows the price for peace, but no one dares to speak up.

This powerful influence is seen in Congress, when it comes to funding Israel, its military Occupation, its settlers Occupation, its many wars, its powerful war machine where billions are voted on in few minutes without debate, but simply a voice vote. This is in contrast to funding domestic programs for the American people and taxpayers where ideology takes holds, were the people’s interests becomes a major debate and not voted on.

Most if not all senators and congressmen during elections or re-elections have to face and meet “litmus” tests of support and loyalty to Israel, making Israel and its “unconditional” support a domestic issue and a pre-condition for political office.

When President Obama vetoed the UN Security Council resolution on “Jewish settlements” he made the decision not based on what is right or what is wrong, or what it is legal and what is not legal, he made the decision based on domestic issues and policy. Standing firm on the issue of Jewish settlements will kill any chance he has for re-election and will kill any chance of his agenda passing Congress.

Israel at war, Israel in danger, Israel in conflict, is what brings the money in, what keep the donations coming in, and it is these donation and the money raised that buys power and influence for the American Jewish leadership in Washington. Without funding and substantial contributions to presidential, senate and congressional, gubernatorial race or local elections, Israel will never be a “domestic” issue and frankly no public official will give a damn about Israel or what happens to Israel. Money and financial contributions what buys influence and what keep the American Jewish leadership and community in the driver seat and keep the Arab-Israeli conflict going? The Middle East conflict is the “business” the American Jewish leadership could not afford to lose. Peace for Israel will put the leadership out of business.

The two states solution is a thing of the past. The American Jewish leadership, All Israeli oriented think tanks and organizations, and all of the American administrations from Lyndon Johnson to Barack Obama made the two state solution impossible. Wishful thinking for JStreet, for Ramallah, ATFP or any other organizations or groups that continue to believe in a two state solution. Not only “Jewish Settlements” killed the peace, the American Jewish leadership killed the peace long time ago.

ABOUT THE AUTHOR: Sami Jadallah is born in the Palestinian city of El-Bireh (presently under Israeli Military Occupation). Immigrated to the US in 62. After graduating from high school in Gary, Indiana was drafted into the US Army ( 66-68) received the Leadership Award from the US 6th Army NCO Academy in Ft. Lewis, Washington.”Five of us brothers were in US military service about the same time.” Graduated from Indiana University with BA-72, Master of Public Affairs-74 and Juris Doctor-77, and in senior year at IU,was elected …Read Full Bio