Denying Manning Exercise is Ploy To Muddle His Mind 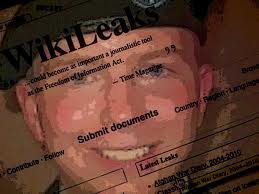 Taking away one’s freedom to exercise is one of the subtlest and most debilitating tortures that can be inflicted on a human being. Yet that is how the Pentagon’s Robert Gates, with the backing of President Obama, is punishing PFC Bradley Manning. The Army intelligence specialist’s alleged offense is to have turned over confidential files to WikiLeaks in part to expose the arbitrary killing of Iraqi civilians and Reuters journalists in Baghdad on July 12, 2007. They were mowed down from an Army Apache helicopter gunship. Rather than welcoming the infamous “Collateral Damage” video proof Manning furnished of this massacre and punishing the actors, Gates, a former CIA director with apparently no scruples, is punishing Manning.

President Obama has said he has been assured by the Pentagon that Manning is being treated “appropriately” in a way that is “meeting our basic standards.”

But David House, an MIT researcher and friend, says Manning told him on a visit last December 18th that “he does not receive any substantive exercise and cannot perform even basic exercises in his cell. When told of the Pentagon’s statement that he did indeed receive exercise, Manning’s reply was that he is able to exercise insofar as walking in chains is a form of exercise.” (“Chains you can believe in?”)

In a nation that worships sports and where tens of millions fill gyms and jog along the roadsides, it is ironic that this 23-year-old Crescent, Okla., native is denied by Gates the right even to do a push-up or a sit-up in his cell and is required to drag chains in the one hour per day he is allowed to walk at the Marine Corp brig in Quantico, Va. And should Manning pause for any reason during that hour to rest, he is returned to his cell. Of course, the Army calls this sham “exercise” but who has ever heard of any American military unit required to “exercise” in this manner?

The object of denying Bradley exercise is to weaken both his body and his mind so that if the Army ever decides to bring his case to trial, it will be trying a human vegetable, perhaps a distraught man even incapable of understanding the charges against him, incapable of assisting his lawyers in his defense. Meanwhile, the Pentagon is torturing this innocent man by constant (every five minutes’) interrogation, sleep deprivation, and humiliation—this last by forcing him to stand at roll call stark naked.

Exercise denial might well be classified among the “clean tortures” that leave no marks and that have been devised in recent years by the western democracies, notably the U.S., Britain, and France, where official conduct is subject to media surveillance. “Torturers, on their own or at the direction of others and for whatever reason, seem to have turned more and more toward techniques that leave few marks,” writes Darius Rejali in his definitive “Torture and Democracy”(Princeton University Press).

Regular, healthful exercise strengthens the mind—and the Pentagon is not going to allow that. The prescient Mahatma Gandhi knew this years ago and preached exercise to strengthen practitioners of non-violent resistance, or satyagraha. He wrote in his book, “Non-Violent Resistance”(Dover Publications), “The object of the various exercises was to strengthen and purify the body in order to secure control of the mind.” Gandhi added, “If the Satyagrahi is not healthy in mind and body, he may perhaps fail in mustering complete fearlessness.”

Since Gandhi’s day there have been a ton of studies linking exercise to mental well-being. “Exercise has been shown to have tremendous benefits for mental health,” Science Daily quotes Jasper Smits as saying. Smits is director of the Anxiety Research and Treatment Program at Southern Methodist University in Dallas. After reviewing “dozens” of population-based and clinical studies he found, “Individuals who exercise report fewer symptoms of anxiety and depression, and lower levels of stress and anger.” Smits calls for 150 minutes a week of moderate-intensity activity or 75 minutes a week of vigorous-intensity activity, according to Science Daily.

Leonard Holmes, a clinical psychologist who has worked at the VA Medical Center in Hampton, Va., and taught health psychology at the College of William and Mary, wrote on About.com “We know that exercise has positive effects on the brain. Researchers at Duke University demonstrated several years ago that exercise has antidepressant properties…. The bottom line is that most of us feel good after exercise.” An individual is said by experts to need exercise that will improve cardiovascular health, build strength, and and enhance flexibility. This might include cycling or running three days a week and weight-lifting three days a week.

Denying Manning exercise contributes to making it tough for him to sleep. As Judith Easton, personal training director at Galter Life Center, Chicago, told Home Fit Pro, “Exercise leads to an increase of energy and better sleeping patterns, which may also explain why it is so helpful to people with depression. Low energy and poor sleep are common symptoms of depression.”

While Manning shuffles about in chains for attempting to stop the killing in Iraq, the Imperial President Obama—who has just plunged the U.S. into war in Libya without bothering to obtain the consent of Congress—apparently isn’t scrimping on his workouts. Obama once told Men’s Health magazine, “Usually I get in about 45 minutes, six days a week. I’ll lift one day, do cardio the next.” And his passion for basketball is well known. As for wife Michelle, the First Lady reportedly is a fan of cross-training, mixing exercises that include weight-lifting, the treadmill, stair-stepper and spin bike. AP says Obama and his wife “have exercise routines that would put most people to shame.”

May the president and First Lady exercise well and sleep well. Bradley Manning, whose treatment violates the anti-torture statutes, isn’t. So much for “doing unto others” and the Golden Rule. And as for shame…

About the Writer: Sherwood Ross is a Miami-based public relations consultant who also writes on political topics. To contribute to his Anti-War News Service or comment, reach him at [email protected]