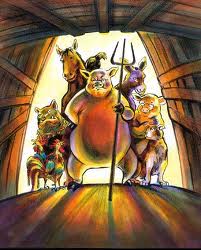 “Cabala is the signal and signature of the Cabal. Without their Cabala, there can be no Cabal. When it is exposed they are exposed, and they must scurry like cockroaches when the lights are turned on. Their disconnection of the words Cabala and Cabal by changing Cabala to Kabbalah is one of their key kulturkampf achievements, right up there with turning BC into BCE and AD into CE.”

5/10/11, 3:39 a.m. — The crisis is upon us, and only the blind are fearless. The devil’s date of 5/11/11 comes on Wednesday, and the Cabala Cabal who were behind the 3/11/11 geo-war attack on Fukushima are fully aware of the numerology. Just this week they began programming the American people with reports of an Al Qaeda intent to carry out a 9/11/11 anniversary attack.

Cabala is the signal and signature of the Cabal. Without their Cabala there can be no Cabal. When it is exposed they are exposed, and they must scurry like cockroaches when the the lights are turned on. Their disconnection of the words Cabala and Cabal by changing Cabala to Kabbalah is one of their key kulturkampf achievements, right up there with turning BC into BCE.

Real infowarriors are anxious about and preparing for these dangerous occult days:

They operate at great risk to expose and thereby preempt treasonous terror. A list of their victories, most inadvertently confirmed by the mainstream media (MSM), includes:

Real infowarriors should not be confused with Alex Jones and the mainstream alternative media (MAM), which can be informative until information becomes critical to expose false flag set ups. At that point they inevitably become collaborators. In my eight years as a tactical, operational and sometimes strategic commander, I have never seen AJ involved in any action, except as a fifth columnist. In the 16 events above, he and his cohorts accused those doing the fighting of being COINTELPRO, urging uncritical fans to ignore our accurate warnings. He has destroyed interviews that proved our validity and published false articles to obfuscate our historic victories.  Specifically, he perpetrated one or more of these acts in items 8, 10, 12, 13 and 16. In the others he simply ignored the action to broadcast distraction.

Ghost Troop has been involved in 15 of the 16 infowar engagements above, real cyber-battles for ultimate stakes against genuinely malignant forces. We have suffered harassment, threats, violent attacks and assassinations. AJ and the MAM squeal loudly against the New World Order, then gorge proudly on NWO slops. Ultimately, they value the troth, not the truth, and they amuse us to help their masters abuse us.

“The current Wikileaks “dump” has had a number of talking point “dumps” in order to properly exploit pro-Israel press assets in the blogger world. These talking points expose “seeded” intelligence meant to support an attack on Iran, the primary purpose of the current Assange/Murdoch/Israel output. Not only do members of the mainstream press receive these talking points but dozens of “alternative” or internet media sources as well. It has become increasingly obvious that many internet news sources that describe themselves as “alternative” or even anti-Zionist are totally controlled.” — Gordon Duff, 12/13/10

Tomorrow, 5/11/11,  I shall have posted my updated 9/11-2B analysis in VT, in the early morning, so that my readers can examine it before work. It will include the top 11 US/EU targets and the most likely attack dates for the rest of the month. I am well aware that my false flag analysis,  leadership of Ghost Troop and use of my military rank make me a target, but I am also well past caring. Indeed, the very mission code in the title, 9/11-2B, a variation of 9/11/22, is a middle finger demonstration aimed at the Cabal, using their own Cabala. So is the date and time I posted the article.

I have no intention of failing to uphold my oath to protect my country against all enemies, foreign and domestic, and I urge the same resolution on all active and veteran defenders of America. I despise anyone who fails to serve the Republic out of a cowardly wish to survive its demise.

“THESE are the times that try men’s souls. The summer soldier and the sunshine patriot will, in this crisis, shrink from the service of their country; but he that stands by it now, deserves the love and thanks of man and woman. Tyranny, like hell, is not easily conquered; yet we have this consolation with us, that the harder the conflict, the more glorious the triumph.” — Thomas Paine, 1776

“Perhaps THEY will go forward with their plans, despite exposure by you! Perhaps they are hoping to drown out your exposure with mass arrests after martial law is declared! And if they do that, what can you do? What can Ghost Troop do? YOU WILL ALL BE ROUNDED UP AND ARRESTED! They have to move forward with their plans, Captain May, and I DO NOT THINK YOU ARE A BARRIER TO THEM ANY MORE!!! God help us all!”

‘If you or any other Ghost Trooper is suffering from yellow fever, kindly resign from the Holy Horde. This unit became great through daring, not despairing!’