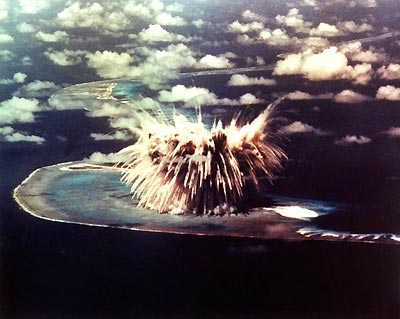 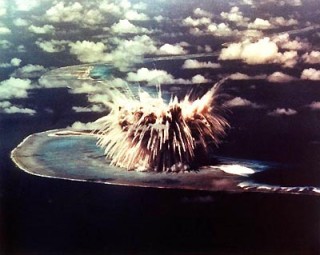 Real hysteria is forced, documented and confirmed upon ‘We the People.’ The fears are intended to result in total polarization and collapse of American society.

The rule of law defined a great nations principles handed down from the legacy of past centuries.  Consequently, the daily U.S. contempt for law, civilization, society, religion, morals, family, and community is a documented self admitted historical fact.  The positive dynamics of a past nation is now focused on attacking its citizenry ‘We the People.’

Following up on the murder of Osama Bin Laden, the Obama administration today announced the formation of a joint Military/Domestic Police Force (MDPF) to carry out a War on Humanity.  US Constitution Marshal Law

“The Obama brain trust decided that by consolidating  into one simple war, encompassing all of humanity, the corporations that profited and built their empires upon these rationalizations could justify endless oppression, imprisonment, deportation, torture and accumulation of the wealth of the entire nation.” Read Full Article Posted by Luke Hiken

‘We the People” have nothing.  The global community has nothing,  if we do not have nations that defines, obeys, pledges, and applies justice to the rules of law.  The U.S. by repressing the inherent rights to self dignity as outlined in the U.S. Constitution Articles Bill of Rights ceases to exist as a great nation of laws.  America has declared itself irrelevant an enemy “within” that threatens to unleash the horrors of  c.1942 “Trinity” atomic destruction.  Total annihilation  of the worlds spectrum masses of humanity.  For 66 years no nation, entity, individual, religion, creed, or forum has ever delivered nuclear devastation, mass murder, and genocide on civilians except the U.S. c.1945 to 2011.

Consequently, the U.S. self anointed paranoia including an extreme reverse victim pretext accuses humanity of alleged attempts to attack and harm its nation.  Please!  This ruse of accusing others of Holocaust denial and terrorism is tired and fatigued!!!!! Read Full Article “Islamophobic Distraction Alibi” Posted by VT

Here is an example of how to denounce application to the rule of law and justice and deflect pretext terror to others.  “When he announced that Osama bin Laden had been killed by a Navy Seal team in Pakistan, President Barack Obama said, “Justice has been done.” Mr. Obama misused the word, “justice” when he made that statement. He should have said, “Retaliation has been accomplished.” A former professor of constitutional law should know the difference between those two concepts. The word “justice” implies an act of applying or upholding the law.” Read Full Article Posted by Prof. Marjorie Cohn.

News headlines announce further assaults against personal liberty by ratcheting up phony fear methodology from the only nation delivering terror death and destruction daily. “Sen. Charles Schumer said he would push as well for added funding for rail security and commuter and passenger train track inspections and more monitoring of stations nationwide. A senator on Sunday called for a “no-ride list” for Amtrak trains after intelligence gleaned from the raid on Osama bin Laden’s compound pointed to potential attacks on the nation’s train system.” Read Full Article Posted by Reuters.

Side bar to Senators,  go back to robbing pocketbooks and purses, underachieving and under performance is the best of the Senate abilities to muster.  Polarization and deceptions used as functional tools for instilling hatred and derisive attitudes is worn out.  The movie “Third Jihad” was financed by the Clarion Fund, an organization that spent millions of dollars in 2008 to distribute its last anti-Islam movie free of charge in many presidential swing states. Read Full Article Posted by brennancenter.org.    Nevertheless, “U.S. citizenry chances of getting killed in a bathtub by lightning is greater than by an attack of so called “Al-CIAduh” terrorists. Latest news flash promoting assault on self dignity with new searches and seizures. Watch youtube Video  Here.. Senators turn in resignations, as soon as possible, there is no bottom to your personal under performance.

Why is the U.S.arrogantly operating above the law?? What motivates the nation to pariah global status? The answer is U.S. underachievement will never negotiate or honor the rules of law.  The perverted dynamics relating to law, civil, and business legal contracts are of no concern when illegal militarily force can be applied to steal and rob global assets, natural resources, property.  Therefore, the primary principal of U.S. imperialism operates hoaxes masking unaccountable illegal belligerent military war machine, threatening to unleash the antiquated c.1942  “Manhattan Project” nuclear Armageddon, diverting focus to imaginary enemies and away from legal enforceable negotiations.  Resulting in a broken down perversion for total monopoly of syndicate cartels controlling rigged prices profits and global markets.

By eliminating competition between nation states and their various interests, confiscating global raw materials and natural resources, the U.S. monopoly parasites eliminate all price caps and free markets. Negotiating and honoring legal contracts merely lock in place a parameter or range for commodities, natural resource prices and profits for crony insiders rigging controlled markets..  Through invasions, oppression, perpetuating eternal imaginary enemies, and aggressive thefts an exemplary cost of petrol range is rigged at higher $4 to $10 per gal so that Exxon/Mobil quarterly profits at some $3-4 billion.

On the future oil pipeline construction in Afghanistan including opium market for illegal drugs the rigged control range of the U.S. cartels and syndicates control on prices and profits are infinite.

The U.S. by diverting attention away from the rule of law and focusing on comedic parodies of imaginary enemies increases peoples real fears, accelerates Islamophobic hysteria, immobilizes hope, confiscates labors, tears apart the fabric of society, and dominates threats of war.  Exponentially creates it’s very own vise of destruction in a finite world.  Consequently, the U.S. by operating above all laws brands itself a supreme syndicate of corruption.

Advancing into the second decade of infinite war on humanity for control and consolidation of rigged prices, profits, and markets. Manufacturing a cartel of imminent disaster for global masses of humanity and their assets, natural resources , and property that continues unabated.   America, sadly a rubric  that propels disrespect, perpetuates divisive conflicts to the rule of law set down through the centuries, ignores the inherent rights of all men, suppresses freedom, liberty, and democracy.  A nation existing without restraints to law justice self dignity promoting genuine fear death destruction and hysteria is nothing.