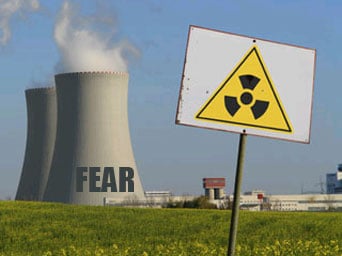 Do We Ever Get Facts from Controlled Media?

In the first installment of this complex story about establishment lying to protect the International Fascist Nuclear Energy production monopoly, which is ongoing big time today in the wake of the Japanese disaster, I related from Galen Winsor, who told my radio audience truths about Nuclear energy the public was never supposed to hear.

Not only did Winsor expose industry chicanery, he pooh-poohed the radiation scare hype that permeated society from the dawning of our “atomic age” in the 1950s;

Infamous, as a man who swam in nuke waste water and would eat not only uranium salt, but “deadly plutonium” as well, all as a stunt to make his points, Winsor often pronounced that “if radiation does not burn you, it won’t be hurting your health!”

I openly doubted and challenged him over the air on that point, citing cases of “radiation sickness” but he stuck to his guns, and several times over the years when he returned as my guest, callers from Nuclear facilities such as Hanford, Washington and Boise,Idaho where Radio Free America actually had a decent sized audience, seconded all he had to say about their industry, including the exaggerated dangers.

Today, I’m certain of the truth about radiation, thanks to ongoing investigation.

Have you ever heard of Professor Bernard Cohen of the University of Pittsburgh? Of course not, his work does not help the controlling monopolists keep us in the dark.

Dr. Cohen is not a militant anti-establishment type, so he told me off the air where to get technical, scientific information on the facts. Prof. Cohen just happened to write the radiation exposure standards for the whole bleeping world.

Today, if you Google his name you can get screens full of data, and I now turn to Wikipedia, a people’s source that is often put down by establishment hacks (isn’t that their job)?

Bernard Cohen: “In March, 2011, Professor Cohen stated, reflecting on his studies and it’s controversial findings that low levels of radiation can have beneficial health effects and reduce the risks of cancer:

“There is evidence on both sides. Whether low-level radiation is protective against cancer, a theory called radiation hormesis, is debated in the scientific community” [Further support is found in his exhaustive studies]

“I could go further and say that no confounding factors (like socio-economic, geography, ethnicity, medical care access, and beyond 500 explored in the analysis) can explain the results. However, my study was designed to test the assumption that the danger of radiation is simply proportional to the radiation dose which is the only evidence that low-level radiation may be harmful.

“Subsequent research would join a profound array of positions including a 1982 United Nations’ work-group study -UNSCEAR- concluding: “There appear to be no nonspecific effects from low doses of radiation that result in a shortening of the life span.”

Lets not stop here, another top scientist Dr. Arthur Robinson has also been a radio guest. And told how, when building his buildings for home, lab and office, he deliberately mixed radioactive waste into the concrete to provide adequate radiation to help build better health for himself and his family.

As a health writer decades ago, I investigated, happily, tales of folks going for entire vacations out to Boulder, Montana to an old uranium mine just to sit around in the radon gases seeking relief for arthritis. Google it.

Winsor never tired of ranting about what a rotten scam all that “radon testing” before home sales was.

As a journalist for more than 50 years, I can say from experience that most reporters, editors and talking heads who should be “fearlessly” watchdogging, and digging are a bunch of public-educated weasels who would not fight for a story, if they happened to find one.

How did this miserable situation come along, and what can people do; Galen not only gave solutions, he tried to build business to do it right? More coming.