Home World Everybody Loves a Parade 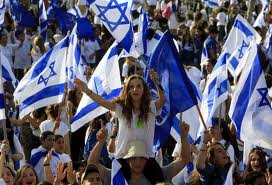 Mobs of Israel’s finest youth didn’t disappoint: they congregated outside the mosque in Sheikh Jarrah chanting “Muhammad is dead”, “Slaughter the Arabs” and “May your village burn down”.

by Bob Birch — Through Australian Eyes 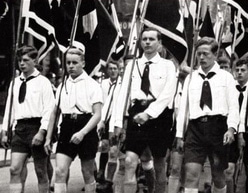 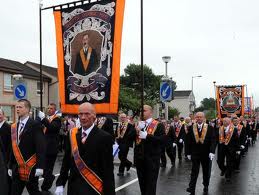 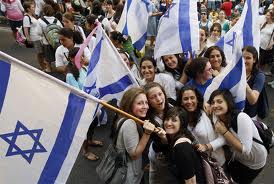 Everyone, young or old, loves a parade. It’s a great opportunity to declare pride in your country, your religion or some political ideal. If the route of your march takes you through enemy territory then so much the better – you can rub their noses in your strength and superiority.

Each year, on June 1st, Israelis commemorate the establishment of Israeli control over all of Jerusalem following their victory in the 1967 war. In what has been called “A state-supported display of racism and hatred” thousands of Zionists parade through the streets, singing and  dancing, celebrating their victory.

This year the parade received official permission to deviate through the Palestinian neighbourhoods of East Jerusalem and the Old City in order, it must be assumed, to further taunt and humiliate the indigenous inhabitants. Mobs of Israel’s finest youth didn’t disappoint: they congregated outside the mosque in Sheikh Jarrah chanting “Muhammad is dead”, “Slaughter the Arabs” and “May your village burn down”.

The depressing footage can be seen on YouTube at: yom yeru 2011 by JustJerusalem.