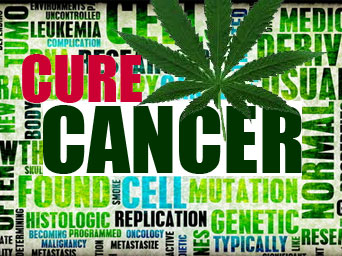 Today a member of my famiily turned me on to the use of Cannabis to cure cancer. Like so many of my fellow humans, I have lost a close member of my immediate family to the cancer and so the prosect to cure cancer is always something that is of major importance to me.

Of course, it’s too late for my mother who passed via pancreatic cancer in 1984 but what about my fellow humans who will get cancer sometime in the future?  Can we really beat cancer?

Now my family member said the active ingredient in marijuana may suppress tumour invasion in highly invasive cancers.   He cited research study in Germany as his source called “Inhibition of Cancer Cell Invasion by Cannabinoids via Increased Expression of Tissue Inhibitor of Matrix Metalloproteinases-1“

Okay, so Cannabinoids, the active components in marijuana, are already used medically to reduce the side effects of cancer treatment, such as pain, weight loss and vomiting.   I get that.   But this German study says some of the compounds may also have an anti-cancer effect.  Interesting!

Seems that more research is needed to determine whether the laboratory results would hold true in humans, the authors wrote.

“This signalling pathway may play an important role in the anti-metastatic action of cannabinoids, whose potential therapeutic benefit in the treatment of highly invasive cancers should be addressed in clinical trials,” the authors said.   Seems to me that we’re on to something right?

Now check out this video filmed in 2006 of Dr. Robert Melamede, Professor of Biology at the University of Colorado.  He explains how the body’s Endo-Cannabinoid system (and plant based Cannabinoids as suppliment) kills cancer cells and inhibits tumor growth.

Cannabinoids — the active components of Cannabis sativa and their derivatives — exert palliative effects in cancer patients by preventing nausea, vomiting and pain and by stimulating appetite. In addition, these compounds have been shown to inhibit the growth of tumour cells in culture and animal models by modulating key cell-signalling pathways. Cannabinoids are usually well tolerated, and do not produce the generalized toxic effects of conventional chemotherapies.  So, could cannabinoids be used to develop new anticancer therapies?   Read Full 11 Page Study (PDF) >>>