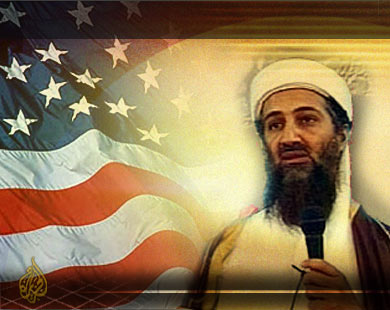 FRIDAY, 6/17/11 — We two editors could not be more different at first glance, but appearances can be deceiving. A Muslim Arab European and a Christian Anglo American, we began with mutual suspicion. Since then we have corresponded, found common ground and become both coauthors and friends. Surely this is an example of what will make a better world.

In the next month we shall examine the false flag top targets and timetables for six countries that we consider most endangered:

We know of no similar US/EU joint analysis, and hope that our example, endorsed by our colleagues and readers, will encourage similar efforts by others.

The ongoing US/EU campaign against Libya is increasingly unpopular, and U.S. public support for the war is nosediving:

Monday, June 13, 2011 — A plurality of voters now opposes further U.S. military action in Libya, and most say President Obama needs congressional approval to continue those operations. A new Rasmussen Reports national telephone survey finds that just 26% of Likely U.S. Voters feel the United States should continue its military actions in Libya. Forty-two percent (42%) are opposed  and 32% are undecided. But 59% agree the president should get the approval of Congress if he wants to continue U.S. military action in Libya.

Meanwhile, Congressional opposition to the war is skyrocketing:

Republicans and Democrats on Thursday derided President Barack Obama’s claim that U.S. air attacks against Libya do not constitute hostilities and demanded that the commander in chief seek congressional approval for the 3-month-old military operation. In an escalating constitutional fight, House of Representatives Speaker John Boehner, a Republican, threatened to withhold money for the mission, pitting a Congress eager to exercise its power of the purse against a dug-in White House.

The political basis for the Libya War is flimsy in Europe, too, and it seems incredible that the Zionist US/EU media is agitating for yet another war, this time against Syria (leading to war with Iran). There isn’t a snowball’s chance in Haiti that the various publics will commit more blood and treasure for oil and Israel — unless of course there’s another 9/11 to stimulate war fever in the war-weary West.

“And Jesus shall be a Sign for the coming of the Hour of Judgment, therefore have no doubt about the Hour, but follow ye Me: this is a Straight Way.”