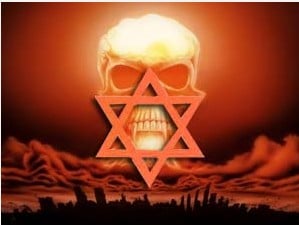 FRIDAY, 7/1/11 — European nations are melting into European regions, which are melting into the European Union. The EU is an attempt to reforge the Roman Empire, with its imperial incursions and occupations along North Africa and across the Middle East. There are differences, of course, the most ironic of which is that the former problem province of Judea is now in charge. It’s not a novelty, though: the Roman Empire was once governed by Northeast Mediterranean Greece, much as it is now governed by Southeast Mediterranean Israel.

It’s absurd to talk about empire without imperialism, or vice versa. Considering this, it’s hardly surprising that the New Roman Empire is invading the Old Carthaginian Empire in North Africa, in a replay of the Third Punic War. The Old Roman Empire controlled all the lands surrounding the Mediterranean, and called it mare nostrum (our sea). In light of its increasing militarization, we should expect that the New Roman Empire will try to do the same.

The program hasn’t changed in two millennia. Instigators and invaders, conquerors and collaborators, have always claimed that they were helping the people they were plundering. They have always terrorized populations to get at the partisans, whom they always call terrorists. It’s a tried-and-true policy that filled Caesar’s commentaries two thousand years ago, just as it fills mainstream media reportage today. In both cases it’s propaganda, of course, requiring some reading between the lines to get the truth. Even that is unchanged. The best book on the fall of a republic into an empire is still The Annals of Tacitus. which anticipates and analyzes our travails today.

Across the Atlantic Ocean from the European Union is the United States, which has set the standard for post-9/11 Global War Globalization with much instigation and many invasions. The foremost goal of globalism/imperialism on both sides of the Atlantic is the unification of Europe and America into Euramerica, which will be nourished by regional resources from:

Euramerica has long been an occult objective of national secret services and the international secret societies behind them. The elder Bush, like his son a member of the elitist Skull and Bones secret society, heralded “a new world order” (Euramerica) in a speech to the U.S. Congress before the First Gulf War:

“We stand today at a unique and extraordinary moment. The crisis in the Persian Gulf, as grave as it is, also offers a rare opportunity to move toward an historic period of cooperation. Out of these troubled times, our objective of a new world order can emerge, a new era, freer from the threat of terror, stronger in the pursuit of justice, and more secure in the quest for peace.”

The younger Bush energized his father’s vision exactly eleven years later, with the New Pearl Harbor of 9/11/01. Shortly afterward, he delivered a bellicose speech at the United Nations, which echoes loud and clear today:

“Every civilized nation here today is resolved to keep the most basic commitment of civilization. We will defend ourselves and our future against terror and lawless violence. In the Second World War, we learned there is no isolation from evil, and we resolved that the aggressions and ambitions of the wicked must be opposed early, decisively and collectively before they threaten us all. That evil has returned, and that cause is renewed.”

A decade later it’s high time for 9/11/2B, a codename for the next 9/11, which (we are told) will likely be nuclear. Before attacking Libya, NATO changed it’s 60-year mission of Cold War defense to Global War offense, thus giving emerging Euramerica an unpopular policy in need of a provocation to justify it. In the absence of a legitimate one, an illegitimate one must be conceived. Bastard wars, fathered by persons unknown or unnamed, are not the exception but the rule in history. Nietzsche’s diabolical dictum that a good war justifies any cause was shocking to the Victorian Era bourgeoisie, but familiar to the pestilent people who are the makers and masters of war.

Germany is the heart of Mitteleuropa, which makes it the heart of the European Union. It’s a logical location for 9/11/2B, and an especially tempting target for Zionists, who have a long and creative memory of German persecution. The same religion of revenge was responsible for the invasion of its ancient conqueror and captor, Babylon, in 2003:

“The belief in war against Iraq, that ardent faith, was disseminated by a small group of 25 or 30 neoconservatives, almost all of them Jewish, almost all of them intellectuals, people who are mutual friends and cultivate one another and are convinced that political ideas are a major driving force of history.”

Since 9/11 Germany has followed the US lead into the Global War and the police-state policy that comes with it. The result has been the greatest expansion of German government powers since the Third Reich. The restructured and restrictive nation is now fully committed to both the official recollection of 9/11 and the official anticipation of 9/11/2B. Informed sources, speaking on condition of anonymity, tell us that two years ago the Angela Merkle government was helping to prepare a WMD attack in Western Europe. Al Qaeda in Islamic Maghreb, a contrived French-Algerian-Israeli front organization, was to be blamed.

Involved in the false flag conspiracy were:

After years of studying attempted and actualized false flag attacks, we have learned that almost all are contingency plans built into military and police terror training exercises, unsuspected by most participants. In the United States terror exercise participants are told what they should do if the exercise scenario goes live by occurring in the real world. It’s common for false flags to be delayed, but not defused. Once a target is prepared it is permanently targeted, and aborted attempts against it are evaluated in after-action analysis.

A 2011 WMD false flag attack against Germany would surely involve US, Israeli and German secret services, operating in tandem with Mossad Muslims who will take the blame.

The most likely means of delivery are:

The most likely targets are:

The most likely dates are:

The most controversial idea in our article is that Israel, through dual-agents (sayanim), is in charge both of Globalism and the Global War used to advance it. Our simple defense against any accusation against us of anti-Semitism is that the truth hurts. The 2003 article EU Opinion Poll: Israel Is World’s Most Dangerous Nation showed that Europe was still sane when America had become Israel’s insane Goy Golem, rampaging self-righteously against Middle East Muslims. At the same time, Indonesian Prime Minister Mahathir Mohamad delivered a scathing speech at the 10th Islamic Summit Conference, in which he accused International Jewry of ruling the world by proxy. The same opinion is preeminent even in the Far East, according to the 2010 EU Times article, The Jewish Conspiracy in Asia, which cities The Protocols of Zion as the primary source of the worldwide worldview.

Truth is often painful, but fear of facing it is perilous. This is especially true for Germany, where thought control is exercised by thought crime laws, and conformity is coerced by alien agents. Deutschland erwacht!