Home Veterans What’s the Difference Between Zionism and Racism? 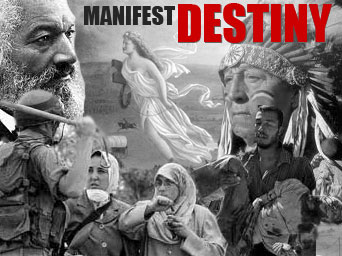 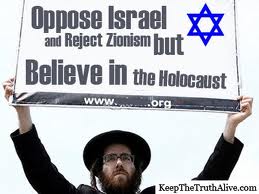 I’m about to do something that I generally make it a point to avoid – discuss the collective nature of White folks. The reason I make it a point to avoid this subject is because I don’t want to add to the disinformation disseminated by many Black racists (oh yes, racists come in Black too) that there is something more intrinsically evil in White people than there is in any other racial group.

The fact is, as humans, just as intellect is distributed equally across our species, so is malevolence. We all have a tendency to be self-serving and corrupt given half a chance. The only difference between White people and any other group is that they have the power, thus opportunity, to reflect that side of their nature – and to anyone who wants to challenge my assertion in that regard, I invite you to witness the Black-on-Black mayhem that’s currently taking place on the continent of Africa, or take the police out of the Black communities of America and see the level of enlightenment that prevails – it would be the survival of the fittest within a week.

But whenever anyone seeks to examine this issue they’re immediately met with hysterical charges of being either unpatriotic, anti-Semitic, or both. So while everyone is aware of the problem, we tend to turn a blind eye to it.

This is an issue that desperately needs to be addressed, because due to our failure to do so, American troops are dying, the United States treasury is being looted, and the entire world is being placed at risk. So enough with all of the name-calling and accusations. Israel’s behavior needs to be scrutinized just like any other country in the world.

Pure, objective, and unadulterated truth is not nearly as complicated or elusive as we try to make it seem in this country. But since truth doesn’t lend itself to being Black, White, Jew, or Gentile, when the truth comes up less than a perfect fit to our carefully constructed comfort zone, we tend to beat, distort, and convolute it into a more comfortable fit. In the process, however, we do ourselves a gross injustice, because no matter how you distort it, truth will always prevail in the end. That is the source of most of our problems in this world. We all seek to distort the truth in a way that is most palatable to our special interest – and this problem is magnified by the fact that our writers, political pundits, and politicians have a natural tendency to seek applause and self-interest over truth. But if we’re indeed dependent on the truth to set us free, let us not doom ourselves to a life of death, carnage, and intellectual bondage by living a lie.

And the truth is, our poor and middle-class young people are being wooed by slick government commercials to become cannon fodder in a war for profit. But young people, take it from an old Marine, it’s all a lie. They’re only showing you the benefits and upside of military life, with standing proud and strong in your spotless uniform at home, with all the girls looking at you with admiring eyes. They’re not showing you the real picture, with you lying in 120 degree heat in agony thousands of miles from home, bleeding to death from the stub that use to be your leg, or looking at your foot in a bloody boot twenty-five yards away from where the rest of you lie dying. They’re being criminally remiss in not showing you that side of military life.

Now, don’t get the impression that I’m a pacifist, or hate the military, however – I’m not. There IS a time when war is justified, but this ain’t it. You know it’s time to go to war when you’re prepared to see your own love ones become it’s first casualty, but it’s abundantly clear that no one in our government has reached that point as yet. If they had, they’d be encouraging their kids to enlist.

Where is Liz Cheney, or the Bush girls? They can drive a truck. But no, not on your life – their idea of patriotism is cheering on the dying “little people” from the lobby of exclusive tennis clubs. So be all that you can be, but don’t be a fool. You won’t be fighting for your country; you’ll be fighting for Exxon and Halliburton’s collusion with Israel to rob the people of the Middle East, and gouge the American taxpayer.

The truth is, the dispute over Israel is nothing less than “The Manifest Destiny” being reenacted. When the Europeans came to America and began to strip the indigenous people of their land, they justified their unholy atrocities by declaring that it was God’s will that they settle and bring his word to this “uncivilized land”– it was their manifest destiny. So in true civilized, Christian fashion, they began to spread the Holy word of God through the hot muzzle of a Gatlin gun. It was a brutally unconscionable and gruesome event, but what could these good Christians do? After all, it was God’s will that they slaughter those “Godless savages.” That is the exact same scenario that is currently taking place in the Middle East today. It began with the “creation” of the state of Israel in 1948, and the campaign continues as I speak – but this time, it’s called Zionism.

In 1882, while Jews were being massacred throughout Russia, Leo Pinsker, the founder of the Zionist movement, published a small booklet entitled “Auto-emancipation”. It pointed out that Jews would never find equality in Russia, so it was necessary for world Jewry to establish their own homeland. At first he didn’t care where it was located – in fact, the area encompassing Zaire, Africa was even considered. But later, Pinsker recognized that in order to get Jews to immigrate in numbers large enough to establish a homeland, he needed a location that would inspired the Jewish soul, and no location in the world would suit that purpose like Palestine, the land of Zion – “the land that God had promised the Jews.” The fact that there were indigenous people already living in Palestine never even crossed his mind.

The American Heritage Dictionary defines Zionism as follows: “Zionism: An organized movement of world Jewry that arose in Europe in the late 19th century with the aim of reconstituting a Jewish state in Palestine. Modern Zionism is concerned with the development and support of the state of Israel.”

Thus, Zionism, by definition and design, is a doctrine dedicated to the taking of Palestine – and on May 14, 1948, European Jews did just that. Between 1944 and 1948, due to their experience with the Nazi’s, Eastern European Jews wanted to get off the European continent by any means necessary, so various Zionist organizations created the Bariha (escape) Organization that helped close to 200,000 Jews to leave Europe and settle in Palestine. Prior to that time, in July of 1922, the League of Nations (the progenitor of the United Nations) gave Great Britain a mandate to protect the people of Palestine, but on November 29, 1947 when the U. N. General Assembly passed a resolution to partition off Palestine between the Arabs and Jews, Great Britain announced that it was terminating its mandate. The end of the British mandate was to go into effect on May 15, 1948, but on May 14, 1948 the Zionists declared the creation of Israel, a Jewish state.

But in order for the new State of Israel to have any legitimacy it had to be recognized by the United States. The U.S. State Department was less than enthusiastic about creating a Jewish state in Palestine, but shortly after President Truman took office, European Zionist, Chaim Weizmann, convinced the president that it was only just that the survivors of the holocaust would be given their own homeland. Truman agreed, and recognized the State of Israel on May 14, 1948, and all hell’s been breaking loose every since.

The Israeli-American alliance was a match made in Hell from the very outset – they didn’t even trust each other. One of the largest units in the CIA is dedicated to the prevention of Israeli spying on the United States, and one of the biggest spy scandals in U.S. history involved an Israeli spy name Jonathan Pollard, an American of Jewish descent, born in Galveston, Texas. But in spite of that, Israel receives more U.S. foreign aid than any other country in the world, and we’ve made them one of the most formidable military forces in the world. The reason for that?–oil.

So the Israeli claim that their slaughter of the Arab people is simply an attempt to defend themselves is nothing but a farce. Granted, when someone invades your home you do have a right to retaliate against them, but Europeans have about as much right to call Israel their home as I’d have of tearing off a part of China simply because I converted to Buddhism.

Far be it from me, however, to say who’s a Jew and who’s not, but I think we can all agree that European Jews are not the same Jews that were spoken of in the Bible. But, of course, you’re not suppose to even whisper such sentiments here in America. To say that European Jews don’t belong in Israel, or to speak out on any atrocity that the State of Israel might commit, is considered anti Semitic in this country. But even that’s a farce. There’s a big difference between being anti Semitic and anti Zionist. To be anti Semitic is to be against a people, while being anti-Zionist is to be against a philosophy. After all, all Jews are not Zionist. But there’s another issue here as well. How can you be anti Semitic towards Europeans? They aren’t even Semites.

How can you go into your neighbor’s home and kill his family, then call him the aggressor? And now they’re talking about invading Iran! It’s all about racism and greed. Think about it– as bad as the Germans and Russians treated the Jews over the years, you’d think the Jews would have been given part of one of those countries. If they’d done that, European Jews wouldn’t have even had to leave home. But White folks don’t play that – no matter how much they hate each other.