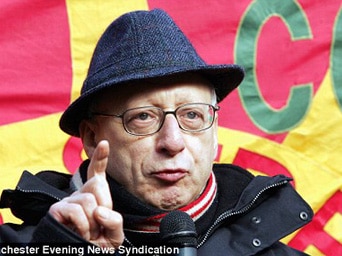 A veteran British MP has attacked the Westminster coalition government’s proposed change to the universal jurisdiction laws. Sir Gerald Kaufman also claimed that British Jewry is waking up to the truth of Israel’s human rights abuses.

During the second reading of the Police Bill on Monday 13 December 2010, Sir Gerald suggested that the proposed clause 151 has been “smuggled in to fulfill a Conservative election pledge” stipulating a change in the administration of universal jurisdiction in Britain. The Conservative Party placed a full-page advertisement in the Jewish Chronicle during the General Election campaign; a change in universal jurisdiction was one of a list of pledges made. He highlighted the case of the former Israeli Foreign Minister, Tzipi Livni, and the successful arrest warrant granted for her part in the “slaughter” that had taken place during Operation Cast Lead; the Labour Party veteran added that changes to the law make a mockery of the British legal system.

Sir Gerald was berated in the House of Commons by staunch supporters of Israel, including Matthew Offord. When it was suggested that Livni was not wanted in the country, the MP for Hendon in North London responded, “She is in my constituency”. As Sir Gerald stressed Israel’s war crimes and its breaches of various international laws, he faced even more vociferous criticism from pro-Israel MPs; the Deputy Speaker of the House had to intervene to maintain order.

Robert Halfon, the Conservative MP for Harlow, accused Sir Gerald Kaufman of using the Bill reading for his own political agenda and suggested that his “hatred for Israel knows no bounds”, but the MP for Manchester Gorton was unfazed and went on to describe his recent visit to Jerusalem. He saw at first-hand, he told the House, the on-going human rights and civil liberties abuses Israel carries out against the Palestinians on a daily basis which made it even more important for the UK to continue to uphold the law in all circumstances.

“For all those crimes and many more, the Israelis are answerable to no one,” he said. “Now, one of the few sanctions on those crimes will be removed. As a result of the Bill, Israeli politicians will be literally allowed to get away with murder.”

What is even more remarkable, Sir Gerald noted, is that British Jews themselves are distancing themselves from Israel; even “one of the most active and vocal supporters of Israel” has accused the Israeli government of turning Israel into an “apartheid state”.

Never one to mince his words, Sir Gerald Kaufman held firm that this was not a time to “creep to my front benchers [the Labour Party leadership], but to speak on behalf of my constituents” and suggested that even if the government insists on this change in the law, “Tzipi Livni and her ilk will remain unwelcome in this country”.

“I state a view that I have stated consistently in the House for very many years, and I shall continue to do so, because it is the Israelis who are in trouble, the Israelis who are turning Israel into a pariah state, and the Israelis who will be overcome by demographic changes   they will be outnumbered by the Palestinians   and this Government is an accomplice to what they are doing. God forgive them.”