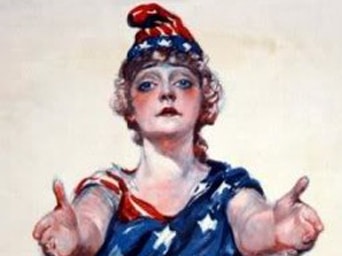 Libya; hypocrisy of the “left”

The winds of change are sweeping the Arab world. Thanks to the people of Tunisia and Egypt the Arabs are experiencing a momentous claim for new history, a new renaissance.

We have all watched their calls for democracy, freedom, rights of citizenship, accountability, transparency and limitations on tenures, where governments are servants of the people, not their masters. The winds of freedom will, sooner than later come to Palestine.  Neither Israel nor the US will be able to stop the cries for freedom and liberation. Time for the Jewish Occupation to end.

The American or for that matter the Arab “Left” must not be fooled by killers and murderers the likes of Mouamar Gaddafi and Bashar Assad, just like they were fooled by the likes of Saddam Hussein before.

The claims of being anti-imperialists, anti-colonialist, anti-Americans, anti-Western, anti-Israeli and anti-Zionists and pro-liberation and resistance to the Israeli Occupation must not be an excuse for these dictators to kill, murder, oppress, run police state and squanders hundreds of billions of the people’s wealth.

Also it must not be an excuse for those one the “left” who have stood up for liberation.  That liberation must also apply to the people and citizens of Libya and Syria and Sudan or Yemen to be free to choose their own leaders and to have their own liberations from these oppressive dictatorial regimes.

Reading through Veterans Today and other media, I had to take to the typewriter and address the likes of former Congresswoman Cynthia McKinney and my colleague Franklin Lamb, a man who I much admire and respect for his many years of advocacy of Palestinian rights in Lebanon. They are, sad to say, are taking up the cause of Mouamar Gaddafi in his fight against his own people. Keeping in mind, the first thing Gaddafi did was enlisting Israel to recruit African mercenaries to shoot and kill his own people.

Mouamar Gaddafi has been in power over Libya for over 41 years, running the country and its people as his own privately owned estate for his benefits and that of his family, associates and those within his own intelligence services.

Libya should be one the wealthiest countries in Africa with a population some 6 million, Libya should be no different from Dubai or for that mater Brunei with a standard of living unmatched any where in the Middle East, let alone the world. But Gaddafi and his family squandered hundreds of billions in Africa and on African corrupt dictators and of course supporting not liberation but terrorist organizations throughout the world from Ireland to Indonesia, Philippines, Italy and Germany.

Gaddafi followed the East German security and informer’s model where:

…10-20 % of the Libyan population worked as spies and informers for the Revolutionary Committees, Qaddafi’s own “Communist Brigade”, where “dissent” is officially illegal and punishable according to law 73 of 1973 and where “political” conversations with foreigner are illegal punishable by 3 years of prison.

While Abu-Ghuraib prison will always remain an indictment of the George Bush occupation of Iraq, and Al-Khyiam Prison will remain forever reminder of the cruel and criminal Israeli occupation of South Lebanon,

Gaddafi was ruthless when dealing with political dissent. In 1996 he executed over 1200 prisoners in Abu Salim Prison in 1996 in less than three hours, compliments of the Gaddafi security services. One of those executed was Fouad Assad ben Omran whose family in an interview with Lindsey Hilsum of Channel 4 (March 1, 2011) reported how:

…they had gone to the prison for over a year and half [after he was killed] on regular basis to thinking he was alive and waiting two or three days to see him. “They told us he was there, but we weren’t allowed to see him”.

Mouamar Gaddafi was especially ruthless in dealing with student dissent. Mohamed al-Abdallah, the deputy secretary general of the National Front for the Salvation of Libya is quoted by Aljazeera:

In the 1970’s he publicly hung students who were marching, demonstrating demanding rights in Benghazi and in Tripoli and other places.” These stories among others are coming out now because the wall of fear and silence in the Arab world has been broken and breached forever.

Gaddafi is not the “revolutionary man” he portrayed to be. He supported the likes of war criminal Slobodan Milosevic as he engaged in the ethnic cleansing of Muslims in Bosnia and he supported die hard Orthodox Serbs in their war against Bosnian Muslims.  Gaddafi was also a close friend of right wing Nazi sympathizer anti-Muslim the late Austrian politician Gorge Haider.

It is also well known that Gaddafi also funded and sponsored some anarchists groups such as the Red Brigade engaged in the bombing attacks on Rome and Vienna airports killing 19 and wounding 140. The bombing of the Pan Am flight over Lockerbie and the French UTA over Niger will always remain the largest mass murder committed by Mouamar Gaddafi and his regime.

The Palestinians were not an exception in Gaddafi’s erratic behavior not withstanding his claims of being a supporter of the Palestinian quest for liberation.

The Journal of Palestine Studies issue 29, winter of 97 carried a full accounting of the cruel abuse and suffering of Palestinians living and working in Libya. In retaliation for Arafat’s signing the Oslo accords Gaddafi announced in his 1st of September 1994 speech his plans to “expel” more than 30,000 Palestinians, mostly skilled and professional workers (unlike most Palestinian refugees in Lebanon and Jordan).

Gaddafi  ordered the Ministry of Labor not to renew any work permits for Palestinians, or issue new permits, or allow the return of any Palestinians with families to Libya. Thousands of Palestinians were forced to march toward the Egyptian borders where Mubarak would not allow them passage. Thousands were stranded in camps in the hot and cold Libyan Desert.

Gaddafi is quoted as saying, “All I will be doing is for their best interests, no matter how they suffer, even if they remain in the camps for years to come”.

Israel was never too far in the minds and actions of Mouamar Gaddafi were he engaged in the cultivations of relations with “Libyan” Jews as a way of opening the gate to Washington for Gaddafi and his family.

According to the Israeli publication  (Israel Today Magazine of March 4, 2011), the Gaddafi regime initiated as far back as 2007 a relationship with Libyan Jews offering large sums of money for the formalization of a “Libyan political party” to run in the 1997 national Israeli elections.

According to the Israeli publication, Meir Kahlon head of the World Organizations of Libyan Jews” told the Jerusalem Post that between 2005 and 2007 he (Kahlon) traveled to Jordan on a number of occasions to meet with Libyan officials. However these repeated meetings stopped later on.

Gaddafi uses his connections with Israel and with world Zionist groups to seek a foot hold for him in official Washington announced in 2003 his plans to abandon his programs of  “weapons of mass destruction”. This of course gave a great relief to Israel and its allies in Washington (not that Gaddafi was a serious threat to Israel) and George Bush formally ended the US trade embargo against Libya.

Tony Blair, was the first one to visit Mouamar Gaddafi in 2004 when many Western leaders all of sudden discovered the Gaddafi the statesman. The leaders of Africa, the presiding head of the Arab League heads of states and were soon invited to Rome, Paris, Spain among other nations and the UN. Gaddagi was feted as conquering a general, forgetting he was the criminal who killed Italian, French, Americans and British.

All were too keen in getting piece of the action worth tens of billions of contracts worth of weapons and industrial projects.  Sarkosy, Berlusconi, Tony Blair, George Bush, even Barack Obama all forgot the tens of thousands of Libyan executed over 41 years of his reign and forgetting the tens of thousands of people killed in his many wars in Africa and the hundreds killed in Northern Ireland.

Hillary Clinton feted Moatasem Al-Gaddafi at the State Department as late as December 21, 2009.  Of course millions of dollars to both NeoCons and Democratic public relationship shops did the trick in polishing the picture of Gaddafi’s regime, just like he is doing now with activist journalists on the Left and the Right. When it comes to money and recognition, principals always go out of the window.

Let no one be fooled, Gaddafi was a megamaniac who loved money, much of it, with tens of billions deposited in Austria, Switzerland, France, England and the US. The fact that he always appeared in public receiving officials in his modest “tents” should not hide the fact that Gaddafi and members of his family looted the country.

His children are well known to live the high and wild life style of the rich and famous, throwing wild parties in the Caribbean, in Rome, in Vienna, and in Marrakech, spending millions of dollars on artists such as Maria Carey, pop star Beyonce. The behavior of Gaddafi children was no different from the behavior of the children of Saddam Hussein’s Uday and Quasi.

Gaddafi’s contempt for his people is well know, and it goes back some 41 years and it include his “Green Book” and his “Green Revolution” and his “Jamahiriya” or people governing committee where no one is ever held accountable or in charge. Even Gaddafi himself announced on public television that he is only a “leader” and does not have an official role in government, yet he, his family and his intelligence services run every thing.  The Libyan people are not cockroaches and rats as he claimed they are.

With the first public dissent and public demonstration Gaddafi and his family members rather than opening a dialogue decided to send his army against his own people. Musrata and other towns are only a testament to the crimes he committed against his own people. Musrtata according to Kelly Moore former UN spoke person in Bosnian is quoted in the Christian Science Monitor after seeing pictures of Musrata to “ Musrata no different from Sarajevo ”

Public relations campaigns, no matter how expensive or polished, should never cover crimes committed by any leaders anywhere in the world.